I love to talk about the weather. Especially in the Summertime. 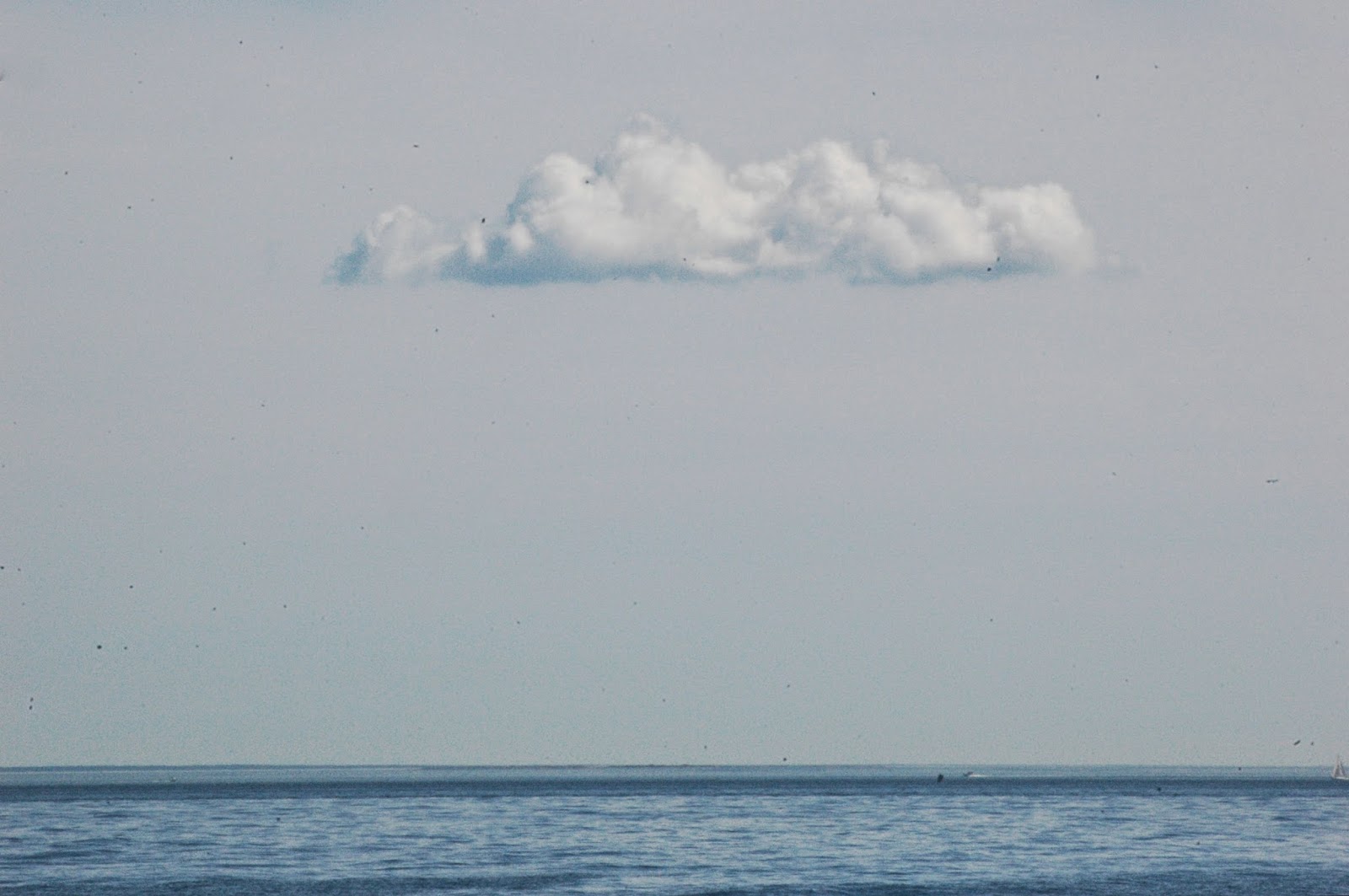 Seriously. I love This.

And I also love This:


And back on our deck?


Big Cacti back outside. Putting the summer in summertime year after year.
at 5:00 AM 2 comments:

his astounding clothing took the biscuit

My girl and I had ourselves a special night at the theeYAYtah last night. Oh, Joseph.

I know, I know, you've already seen this shot. We asked someone to take this one. 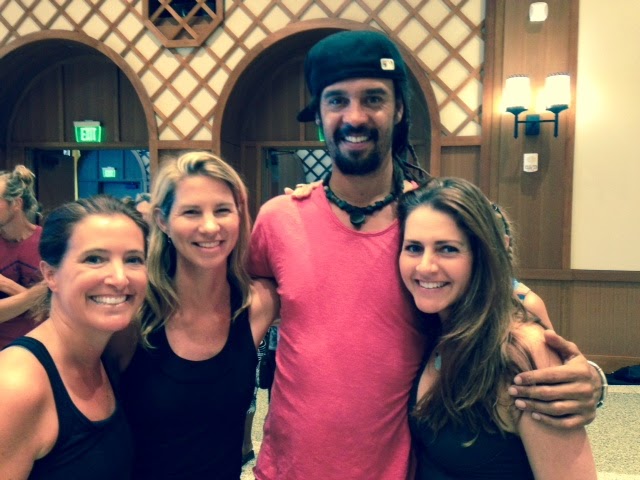 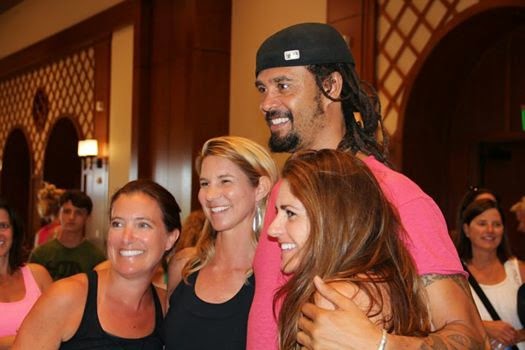 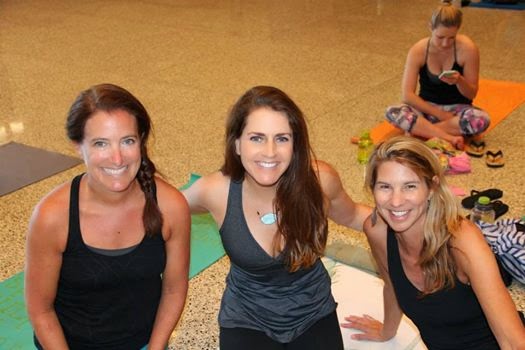 But what ARE we doing with Michael Franti in our yoga gear?

Well, yoga, of course. He played throughout the entire hour class --  it was not your everyday yoga class. It was better, even if it was in a weird university campus ballroom with super bright lights shining down from the ceiling like blinding orbs.

After class we had ourselves a proper tailgate party. Yeah, yeah, some of the other event-goers may have opted to venture out of the parking garage to a nice nearby grassy area for more of a pretty picnic scene, but we were all about saving time. 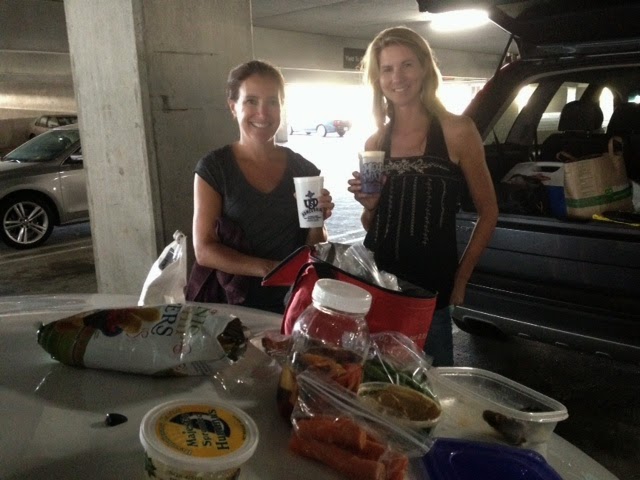 We didn't want to miss this guy. (Or Bill at the trolly.)

Yes, Trevor AGAIN! Three times in a week! (Remember how close we were last time, behind the elephant?) 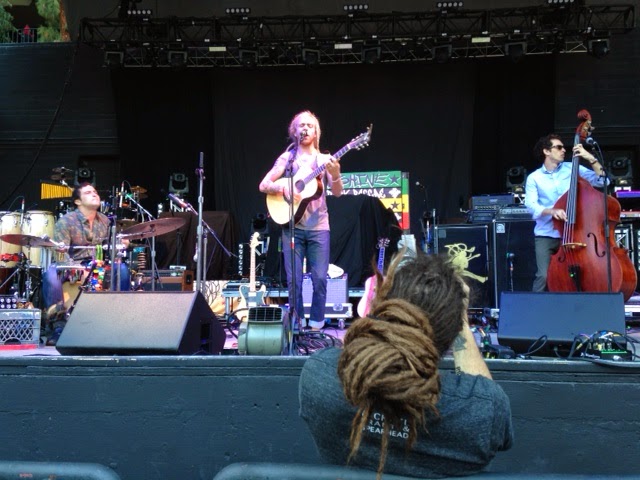 Well pretty much the same same this time.  Yes, the seats below are our bonafide seats, 2nd row, completely center. Poor Trevor had to deal with his middle-aged women groupies up close and personal yet again! Poor dear.

Trevor's set was ridiculously short, so we headed up for some refreshments after. We managed to miss Brett Dennon, which didn't break my heart. But we filed back down as the sun was setting to check out SOJA.


I liked SOJA, I think Jacquie and Carlee would concur.

Yes, we liked them! With the exception of this guy.

But he faded into the background as SOJA welcomed Trevor to the stage. 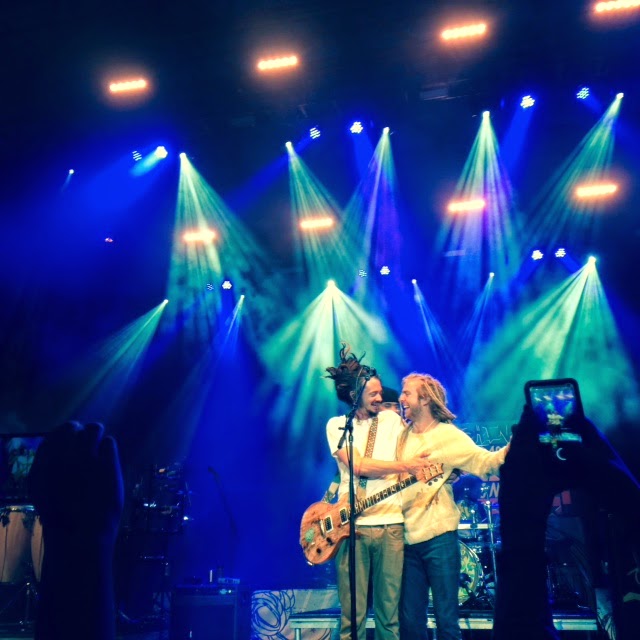 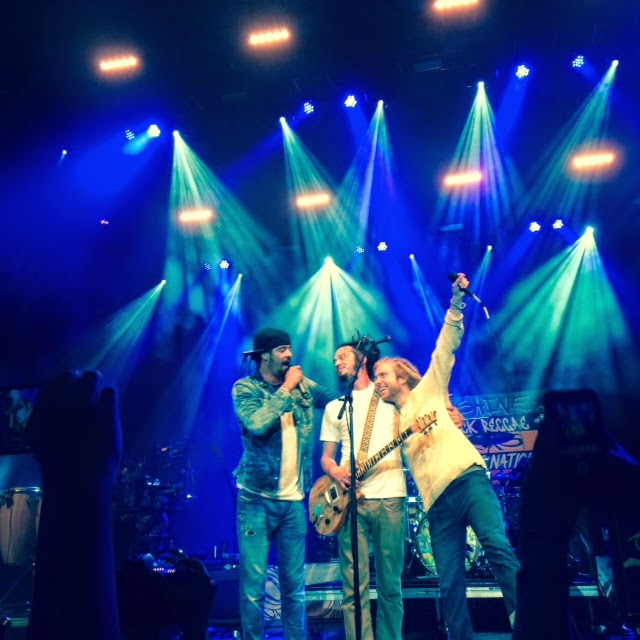 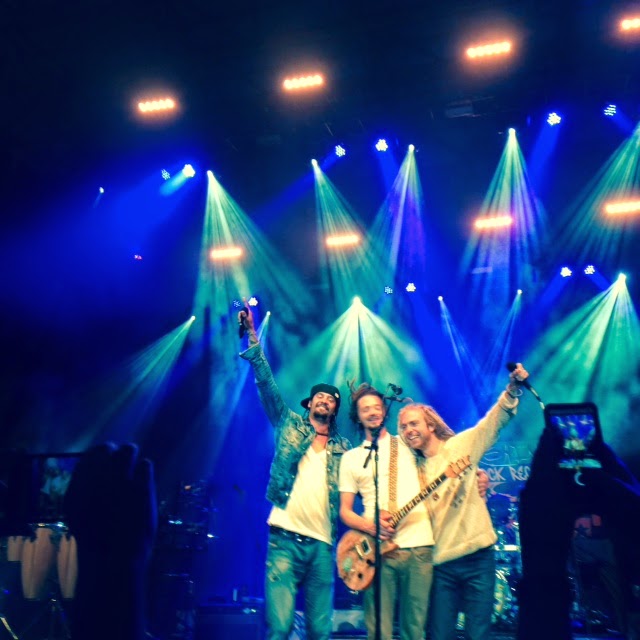 Oh dear, but meanwhile, back in row 2, our formerly grooving drunk neighbor was down. 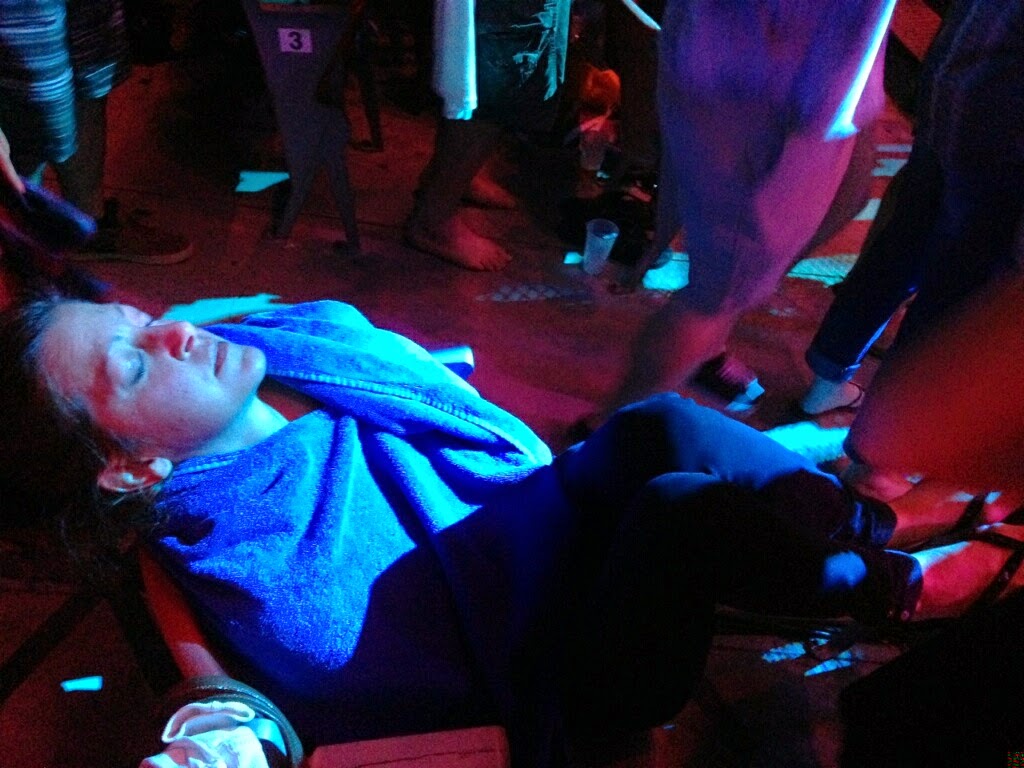 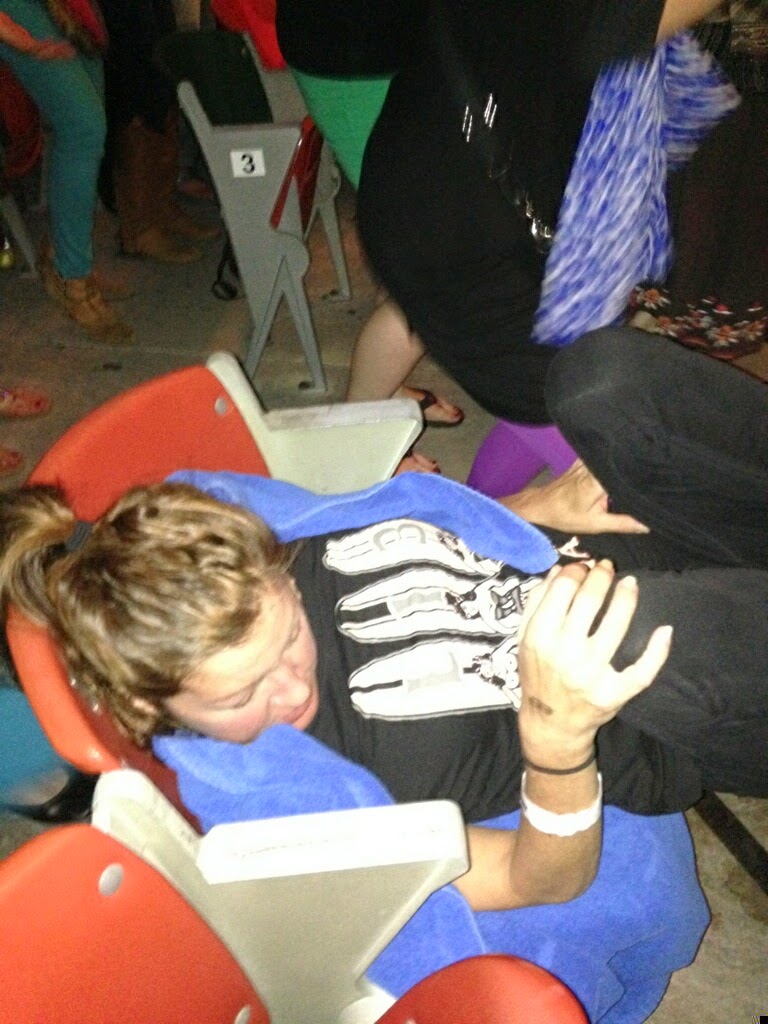 Security came and roused her, and once conscious she proceeded to place another woman's purse inside her purse. When the red coats came back for that infraction, she would not open the purse. I urged her to do so, even kind-of grabbed her purse and told her to just let them see, that if she did so, and she was innocent like she claimed, they'd leave her alone. She could stay and see Franti. Alas, she was NOT into it, so I went back to what I had been doing all evening. Enjoying the music.

Carlee, bless her heart, witnessed the theft, and went up with the red coats to sort things out. Turns out my neighbor did have the purse, but charges were not pressed. However, we didn't see her back in row 2 again....

But the show went on, as shows will do.

Franti was upbeat, positive, and playful as usual. 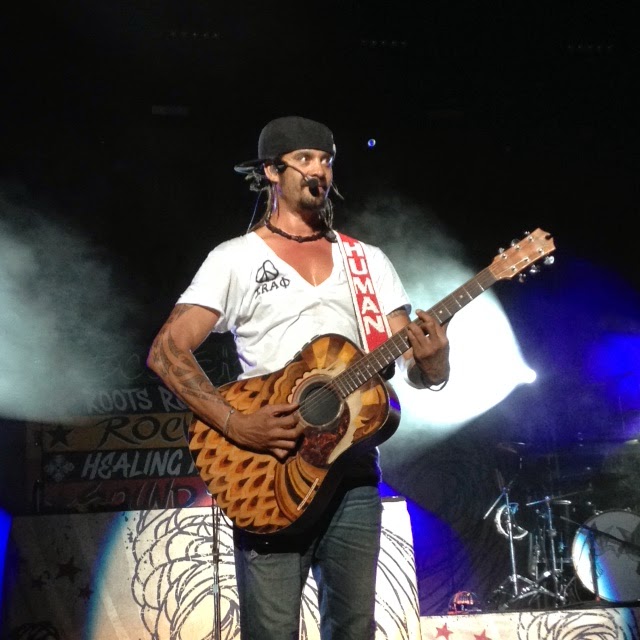 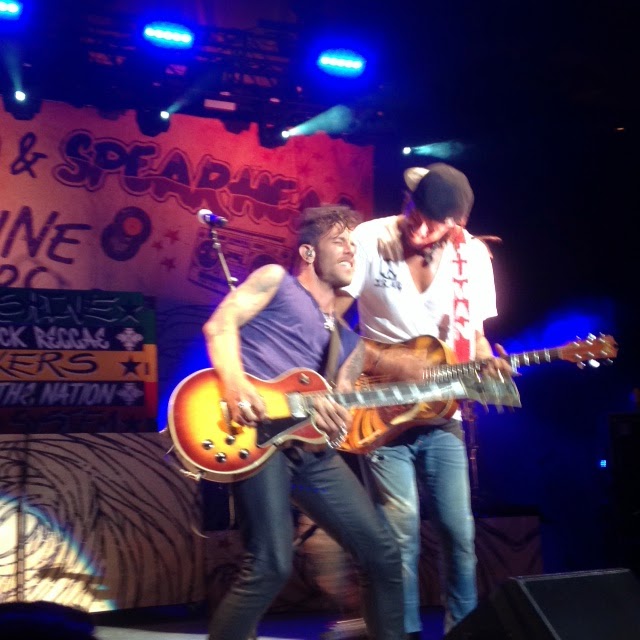 And later super sweet and slow here singing with his son. 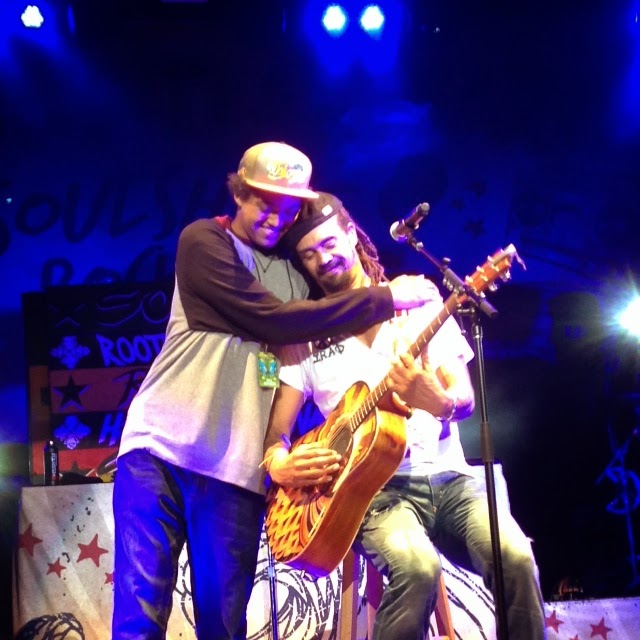 After the show, Mr. Can, aka, Bill, had words for J Boggie. 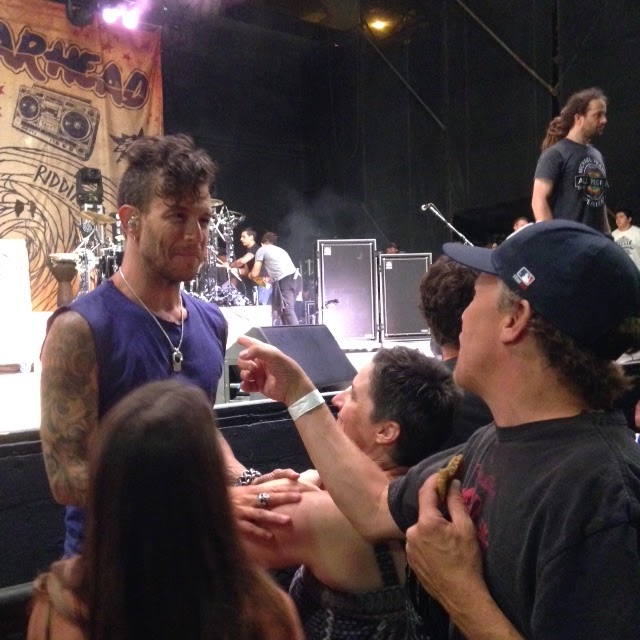 I may not have been able to understand what Bill was talking about, but J Boogie seemed to.

Not a bad way to spend a Sunday, not bad at all. We could all always use a little soul shine, right?
at 3:00 AM 4 comments:

It is lush and verdant and fecund around here. The weather has been perfect for growing.

As a result, everything around here looks like this: 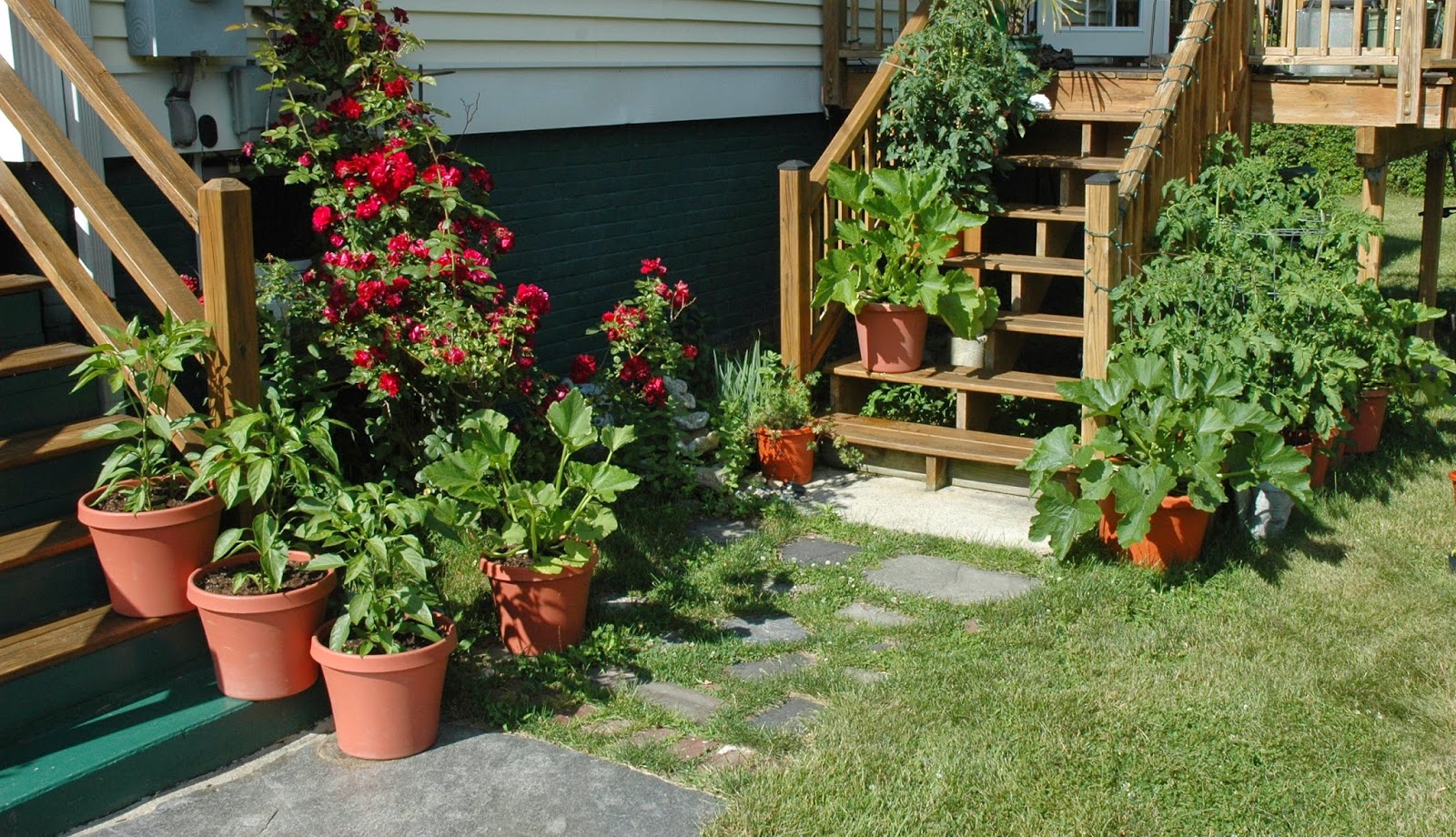 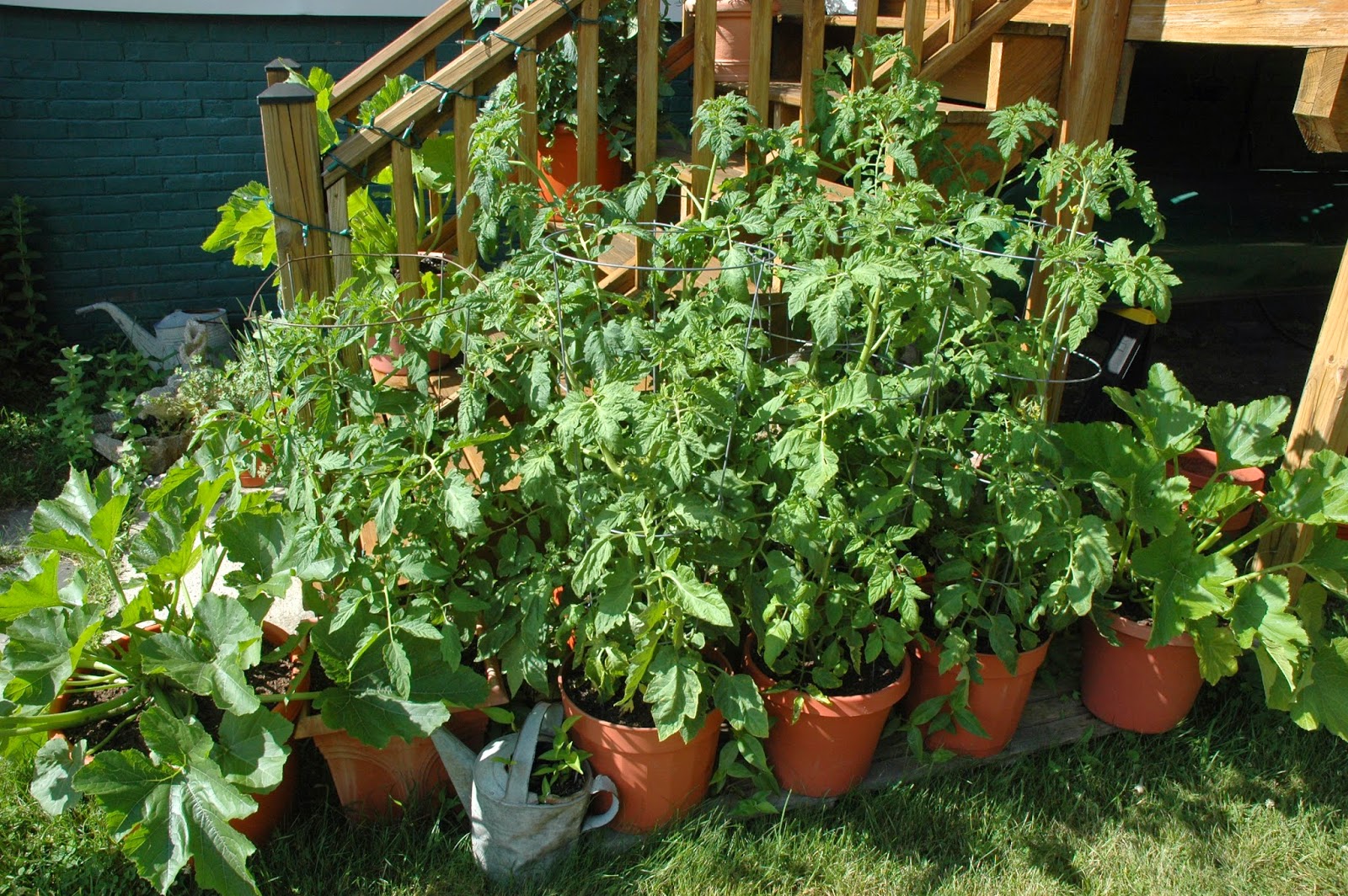 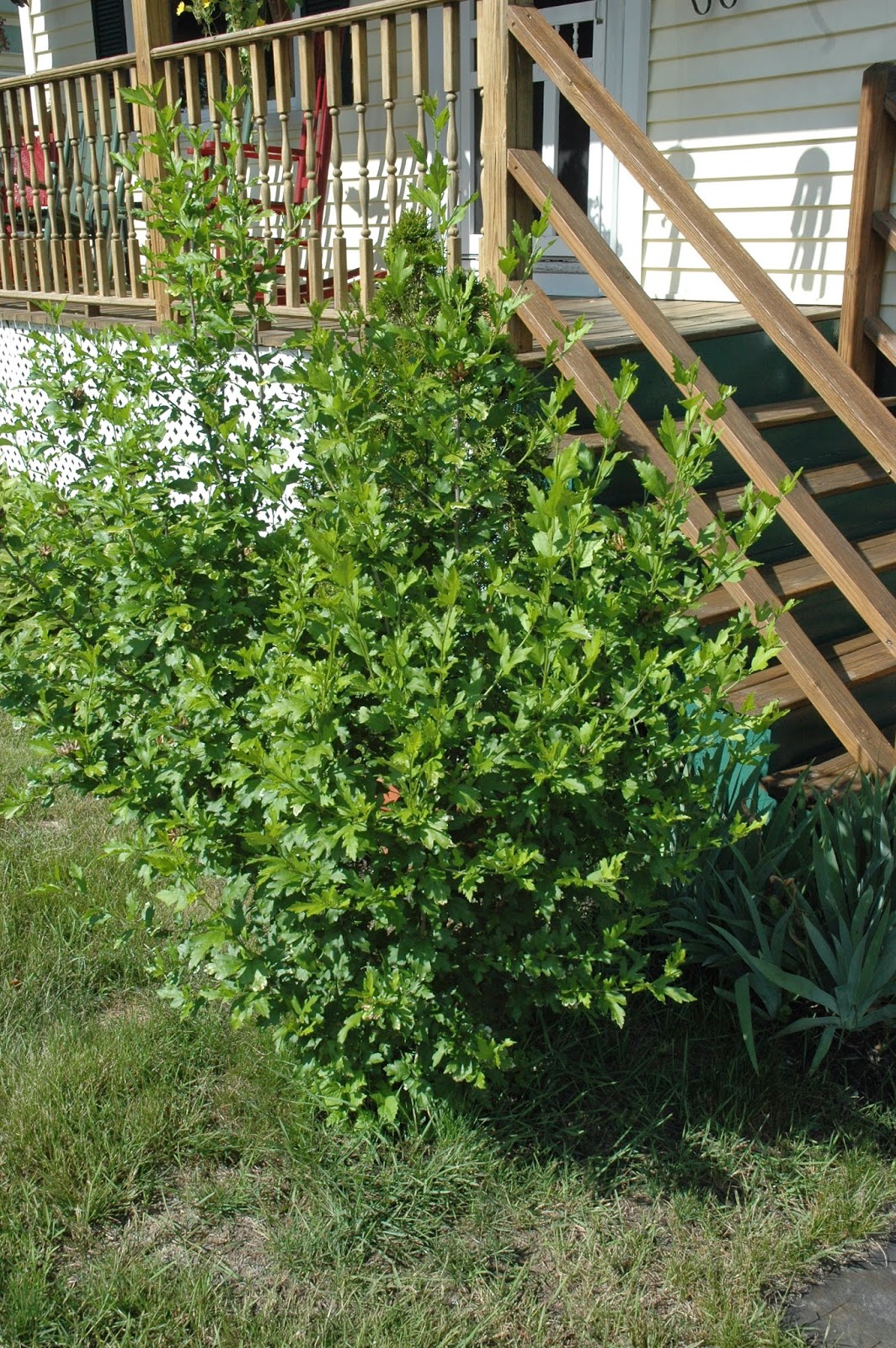 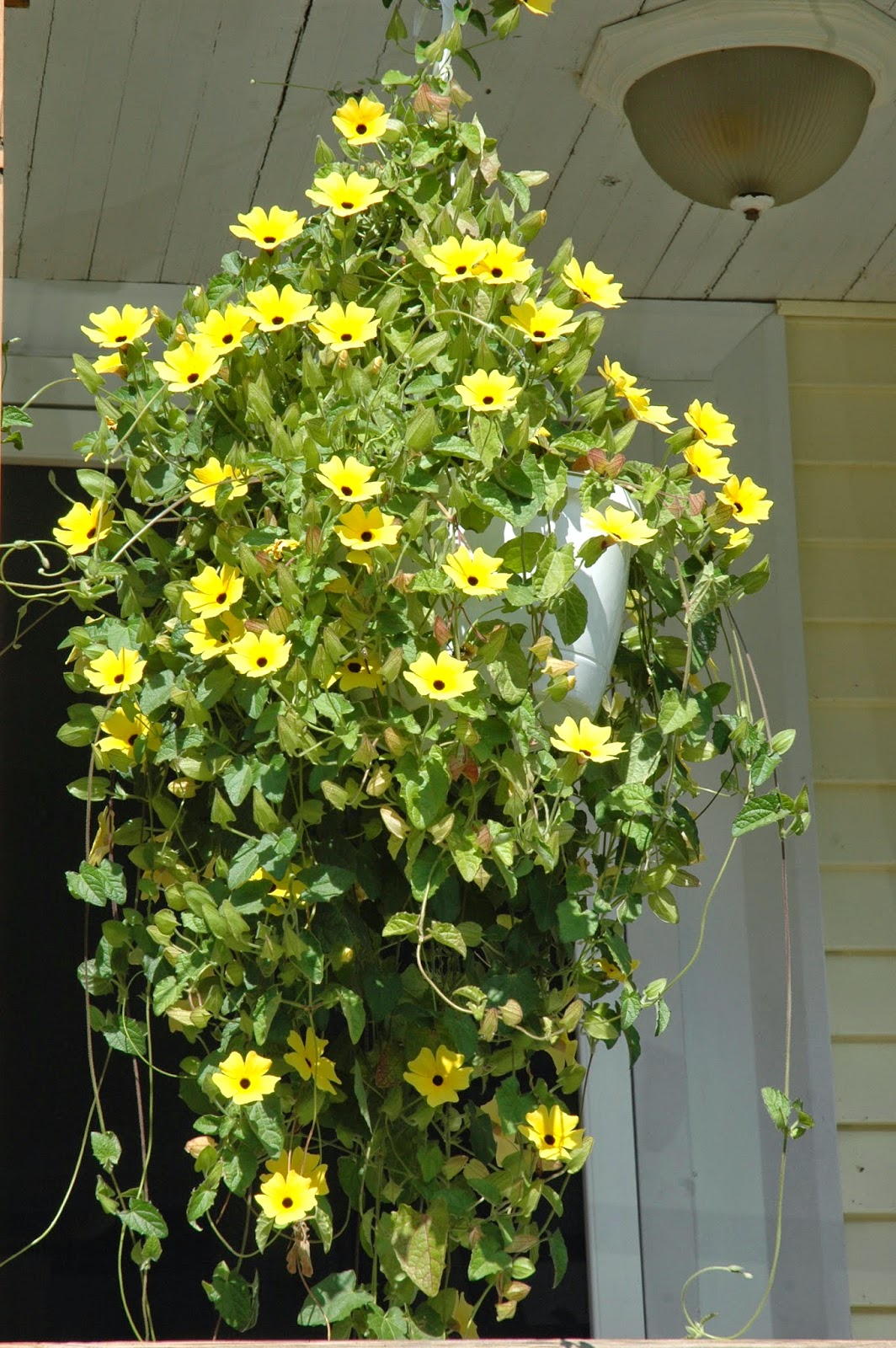 Ol' Yeller is healthy and moist and dewey . . . 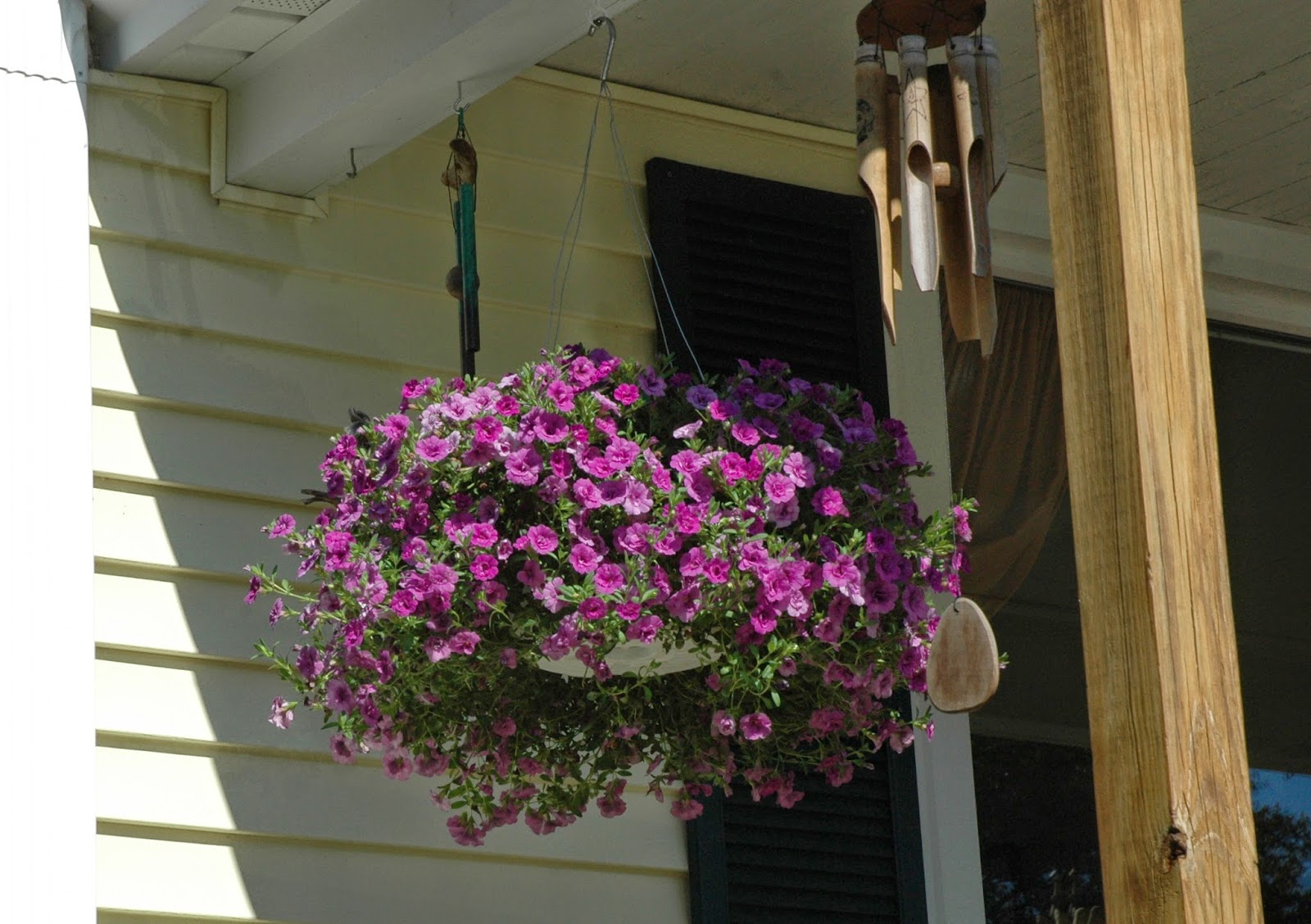 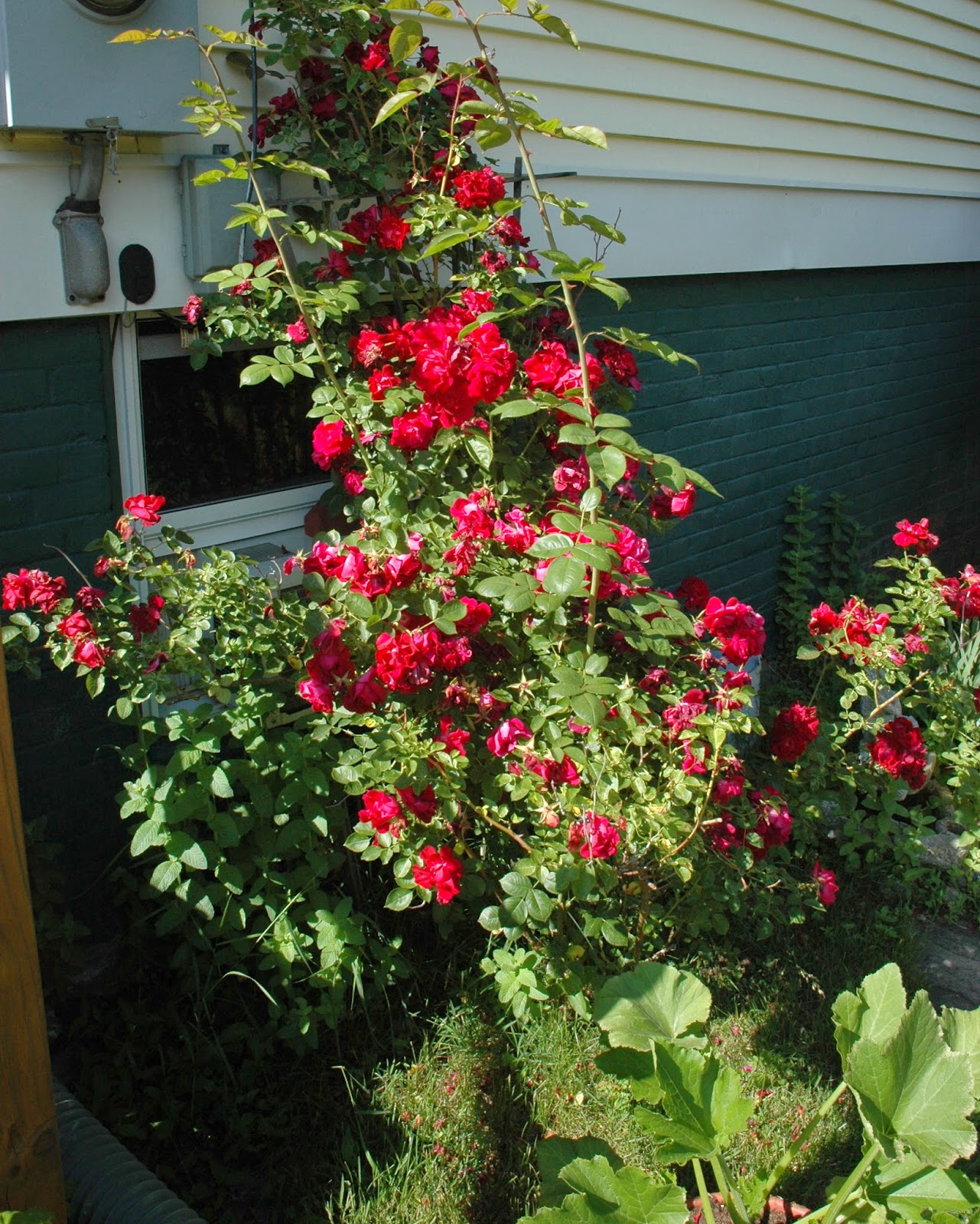 Rosie is out of her mind, popping blossoms and new growth . . . 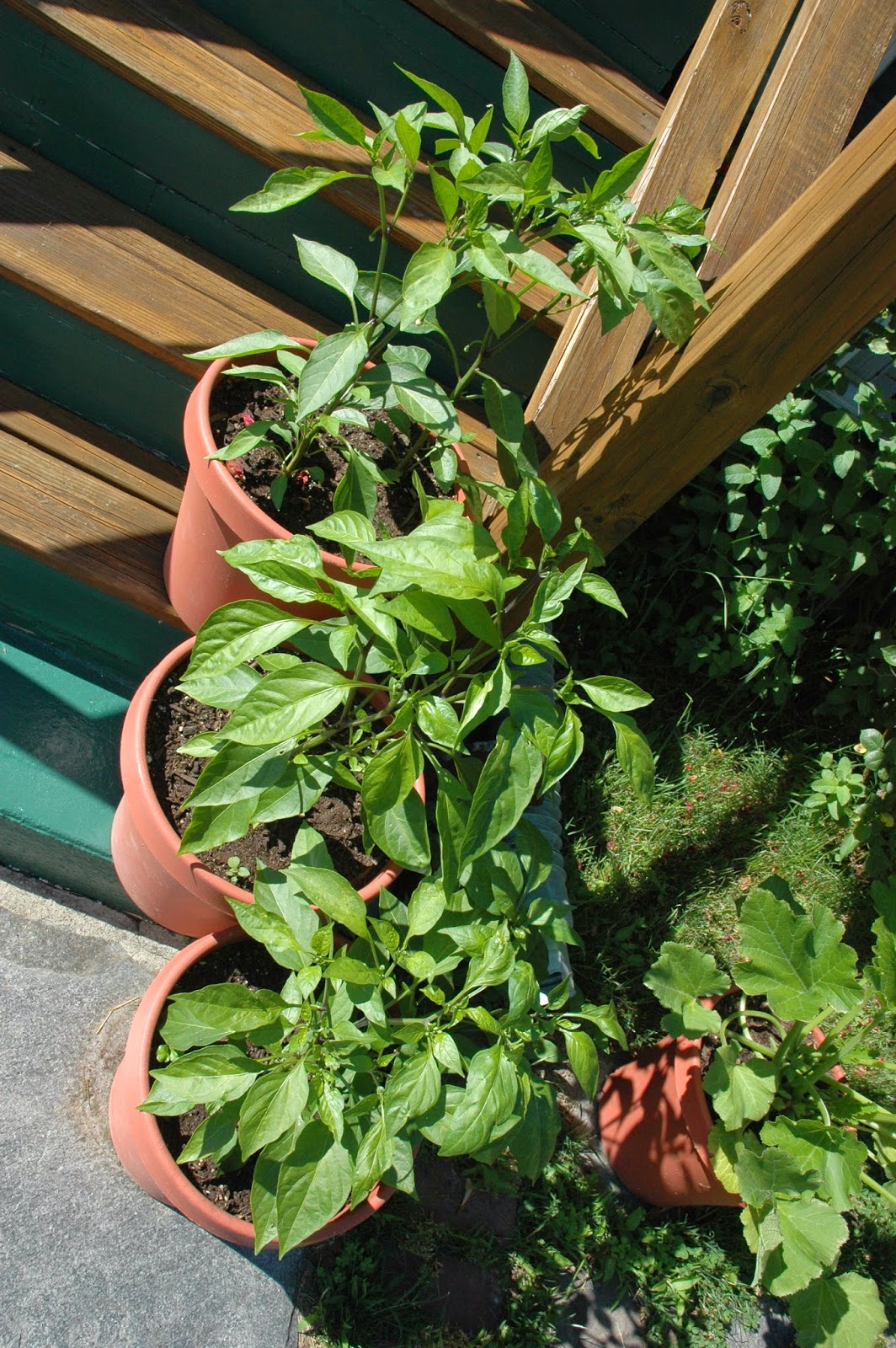 The jalapeños are practically jumping out of their pots, in their eagerness to be awesome . . . 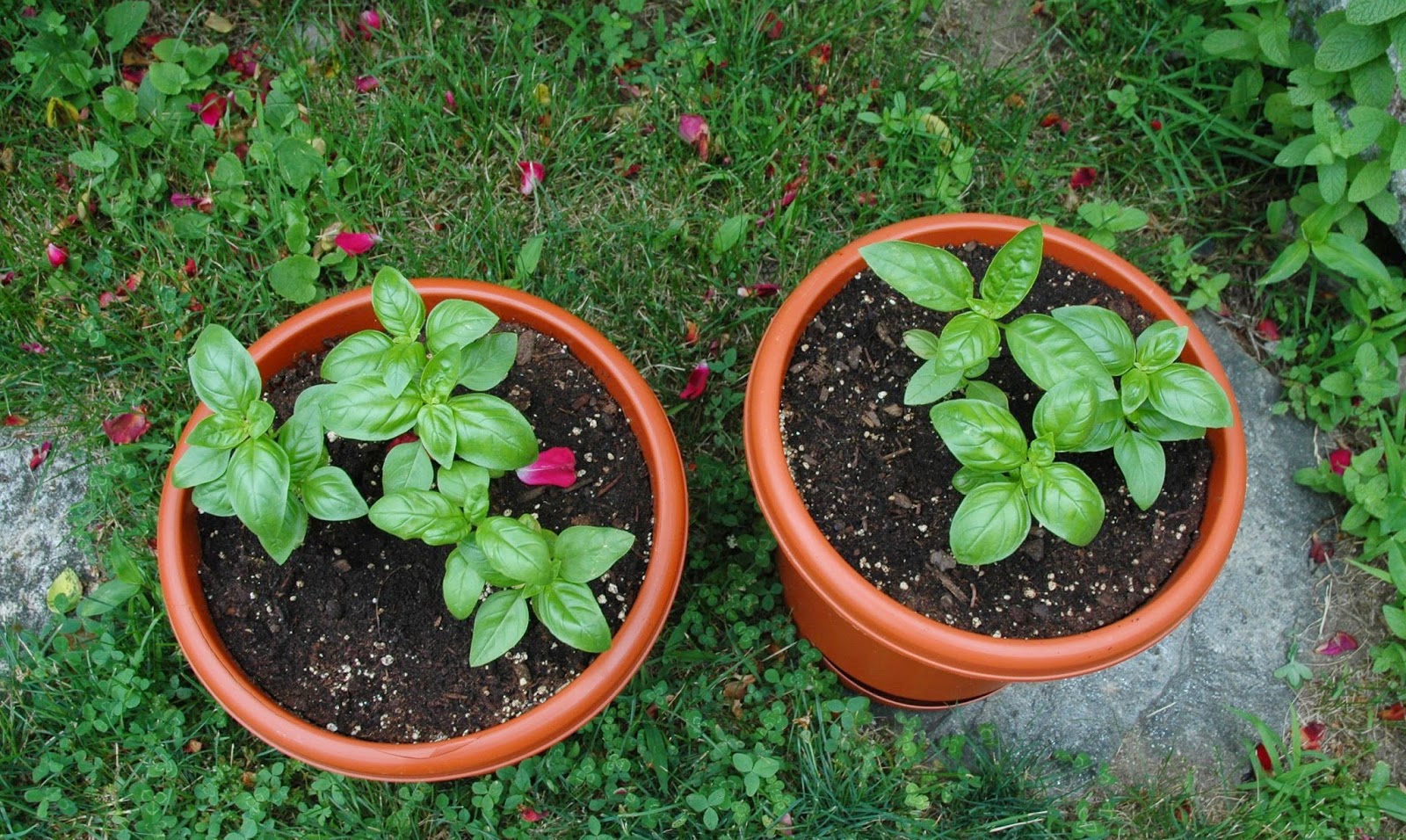 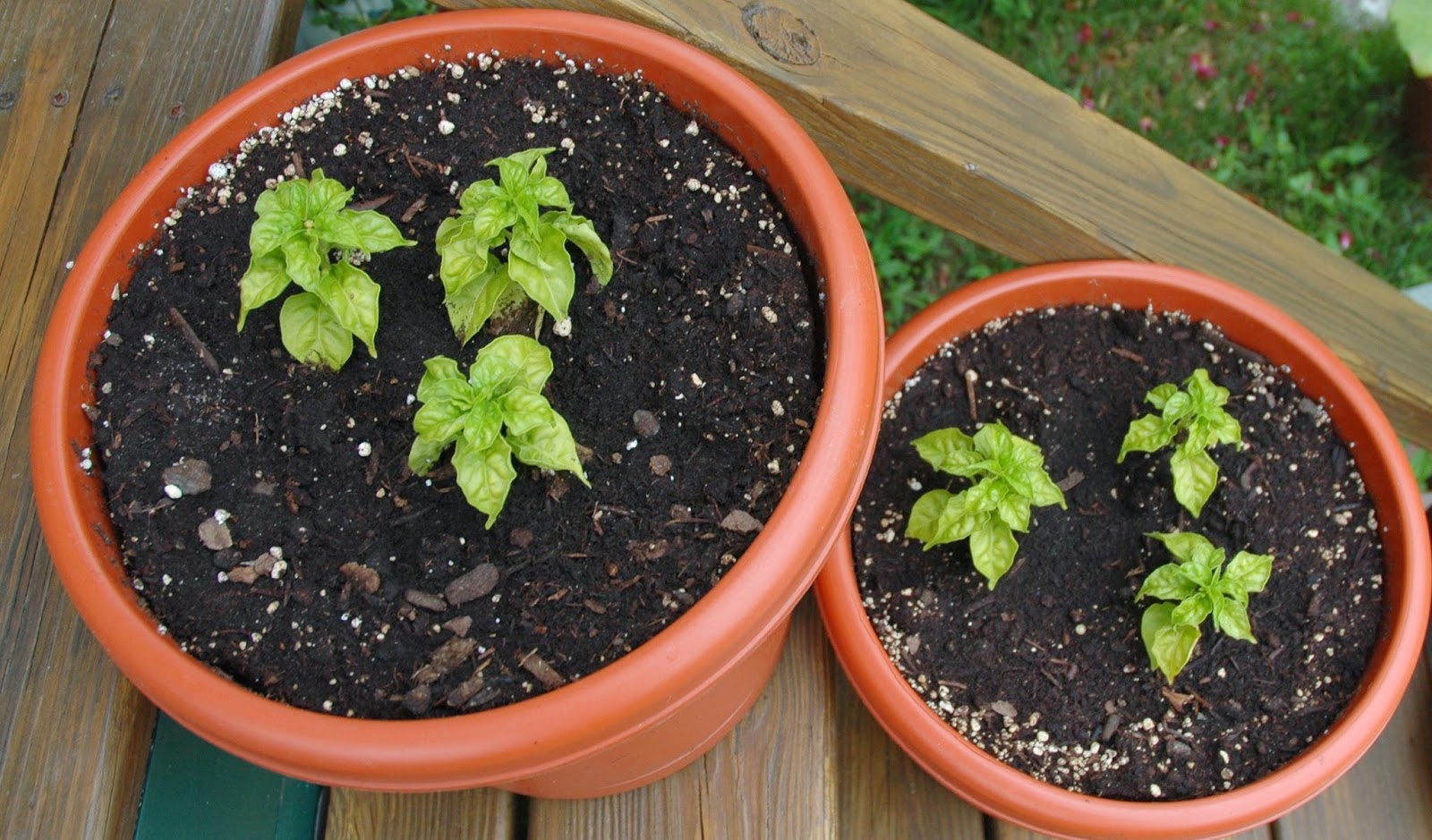 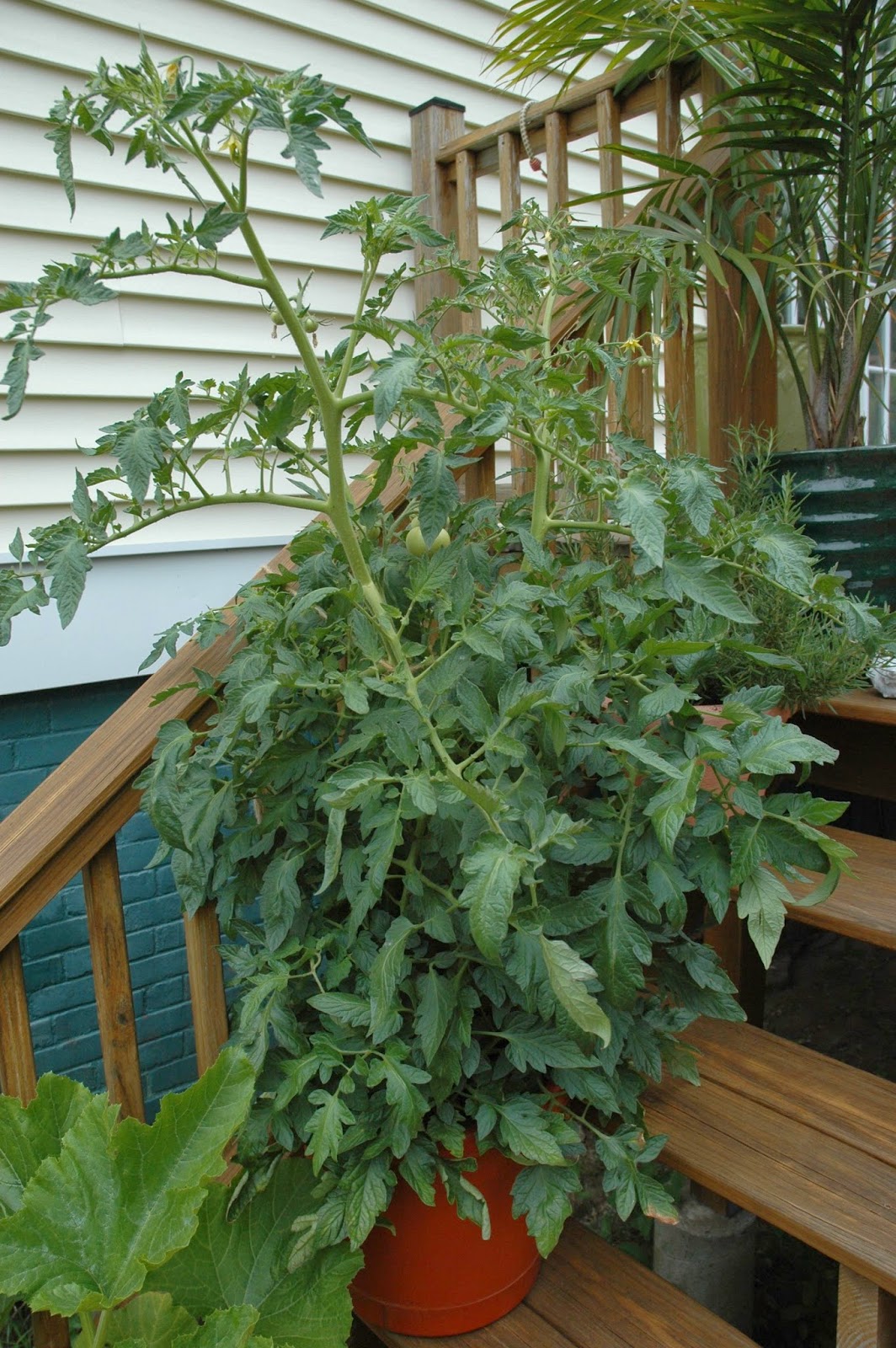 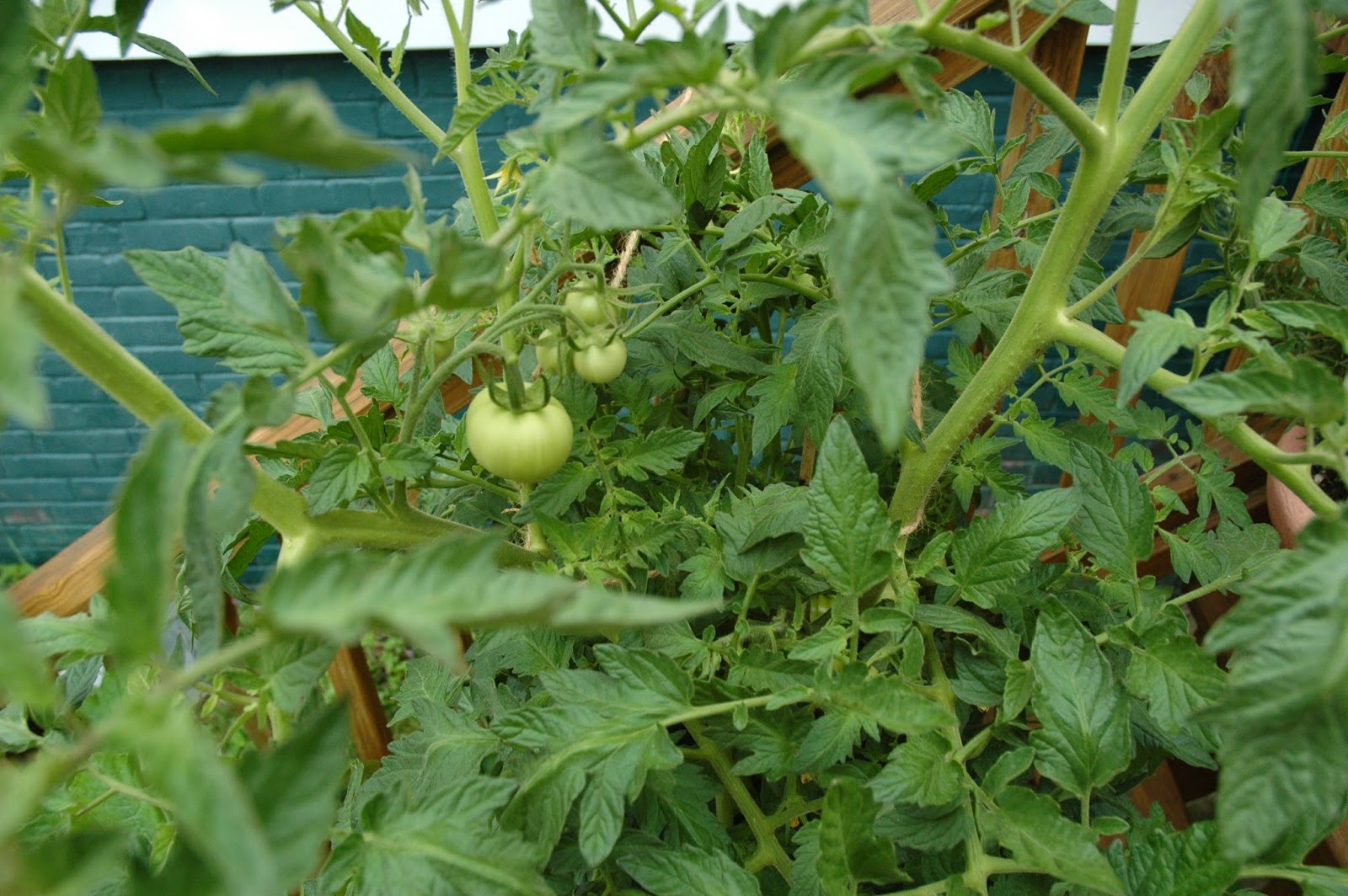 She is very eager to please, so early in the season.

It's all fabulous and fantastic and grand. But what I'm interested in is how all our little friends here fare in the Dog Days of summer. When it's hot, and water is scarce, and their pots contain more roots than dirt. Then we'll know what's what. Then we'll see who's who. Then we'll know who rocks the garden.

You might have heard that my baby girl has turned 13.

Now I have two teenagers.

Do you remember when we started this blog? Do you?

And now I have teenagers. A pair of them!

We celebrated my girl's big day at our favorite local hotel with a small group of likeminded girls whose parents done raised dem right.

When I asked what kind of activities we should plan for the party, my girl rolled her eyes at me and laughed. "we don't do activities, mom. we just talk."

I threw a few tricks into the ol' bag, though, and just as the sun started to go down after an afternoon of swimming and screeching and, yes, lots of talking, I tossed each girl one of my tricks


It was awesome to watch them run around at top speed, top lung capacity on that little patch of grass alongside a heavily traveled access point to the debauchery that is Mission Beach on a summer weekend.

When the cans were empty, they took advantage of a convenient washing station.

Then we retired to the suite where one of us plugged in earphones and got deeper into season two while others debated the merits of trying to stay up all night while binging on junk food and, you know, talking. 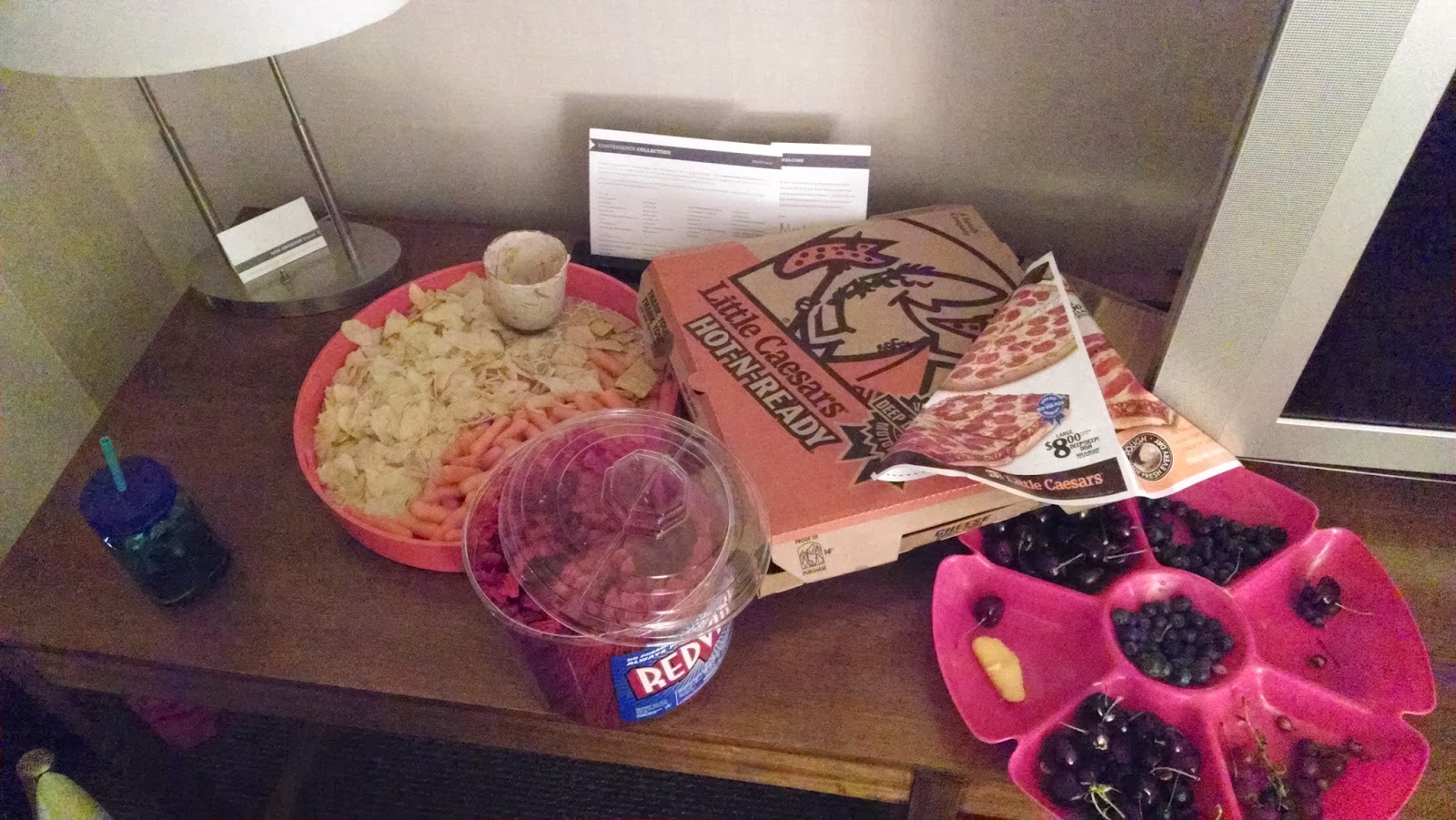 It all becomes hazy after that point. I went to bed and had a fitful sleep imaging the sound of giggling and the inevitable wrath of the other moms. This hotel I love was so noisy and disruptive. It sounded like a pack of wild animals was right outside my door! I woke up around 2 and peeked in to see this (darker version):


In the morning, I was dozing when I heard the bellman come by to help my neighbors check out of their room, then I heard them both alluding to "this mess" and "what happened out here?"

Oh dear. I peeked through the blinds to make sure the trash I had oh so carefully picked up and removed from the room hadn't fallen over

I hid out for a while until the peeps were well past gone, then I crept out and cleaned it up. And put the Do Not Disturb sign on the door.

Then we enjoyed a gorgeously leisurely and full day of pure joy by the pool. 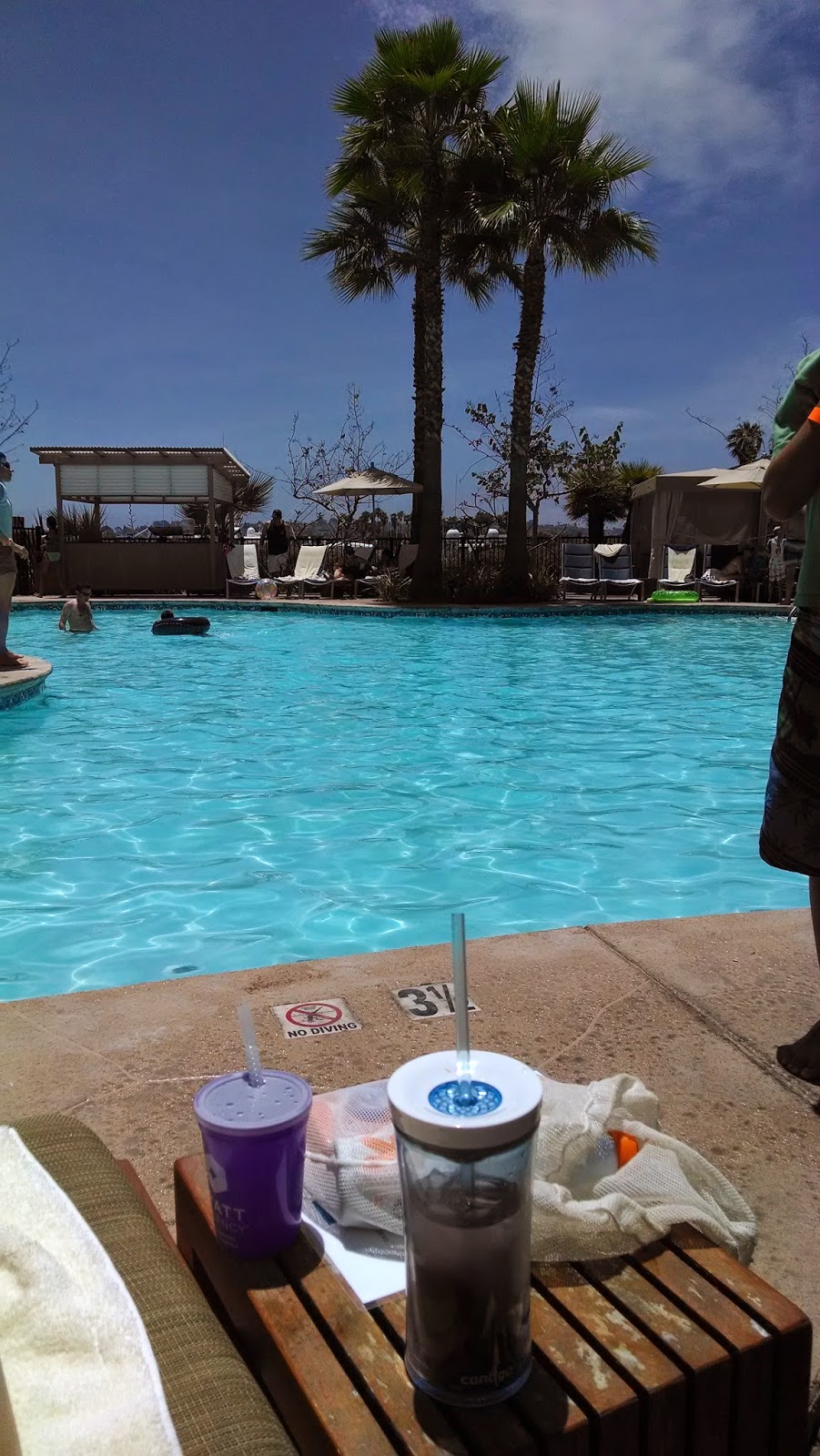 It's not so bad, this life.

Oh, and one more thing? Sorry I'm not sorry. 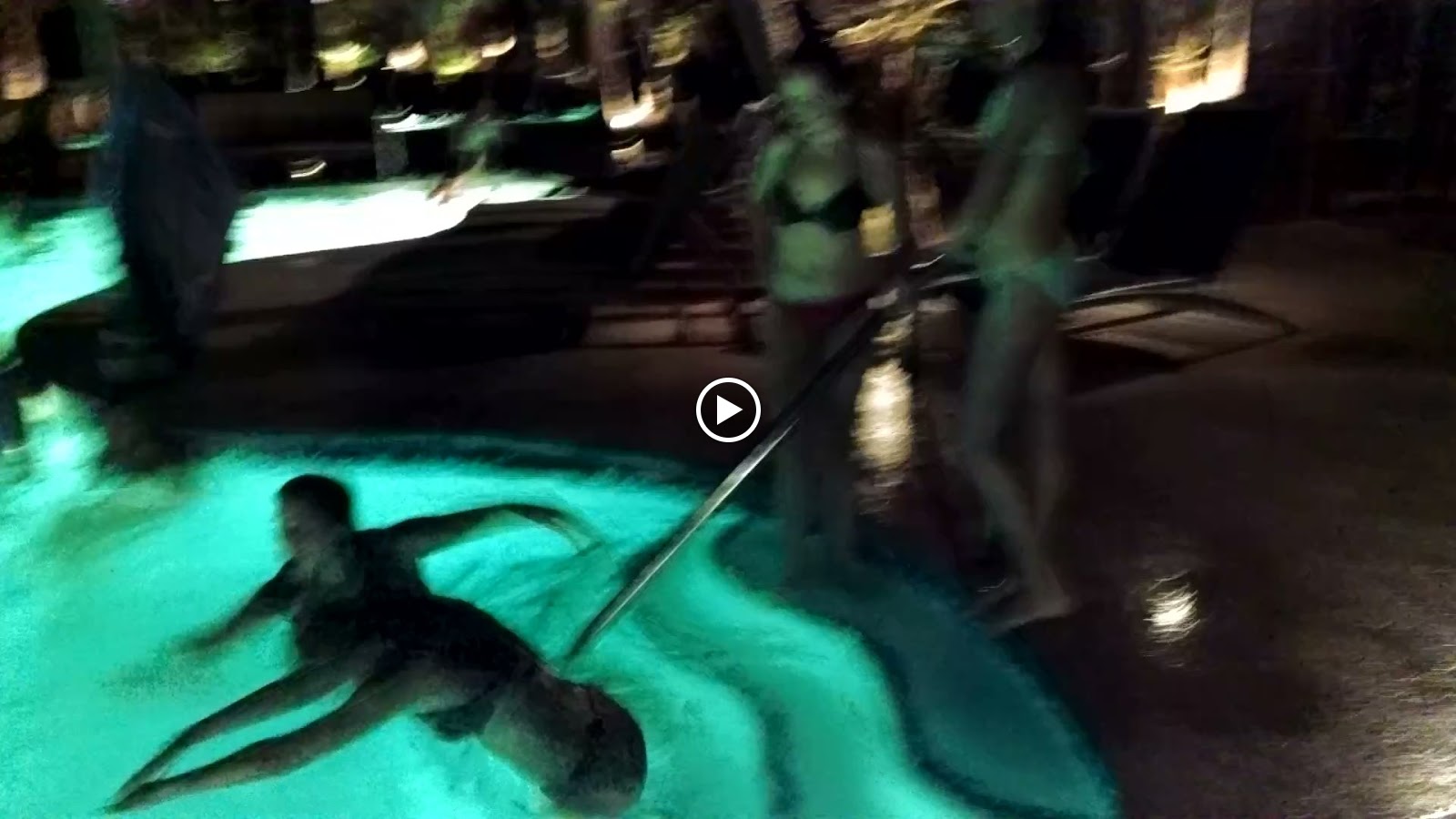