I've been trying to stay productive around the house during these strange days of lockdown. I recently tore through the playroom, chucking stupid toys willy nilly. But when my boy spotted his broke down old Hawaiian ukelele in the toss pile, he protested: 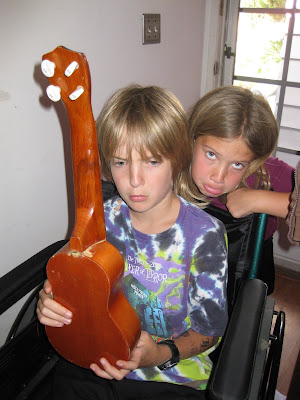 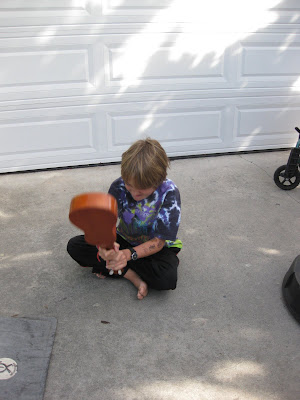 He was ambitious, but the only damage that could be inflicted by the sheer brute force of a kid who has been in a wheelchair for three weeks and completelty horizontal for the last five days was to knock the head apart from the neck (youch). 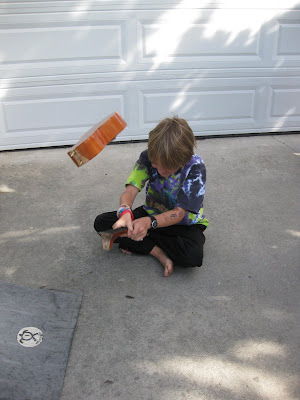 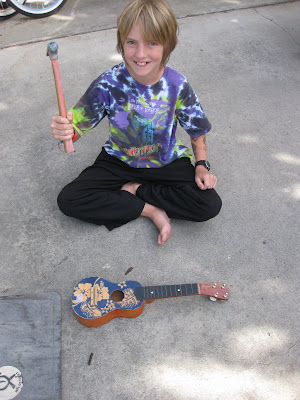 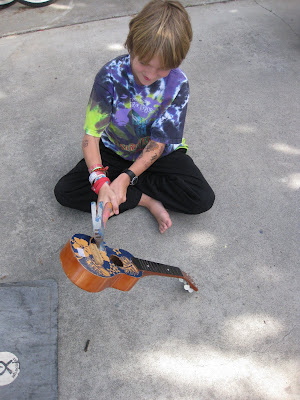 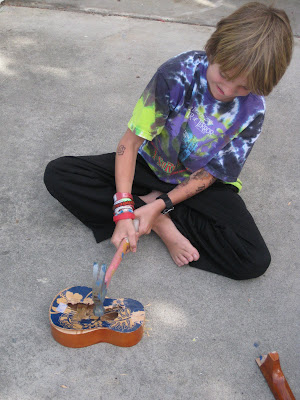 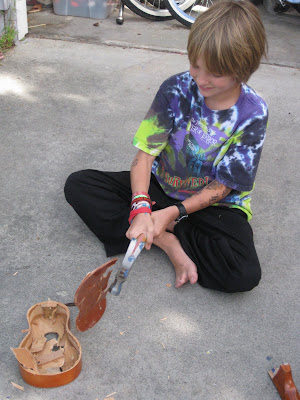 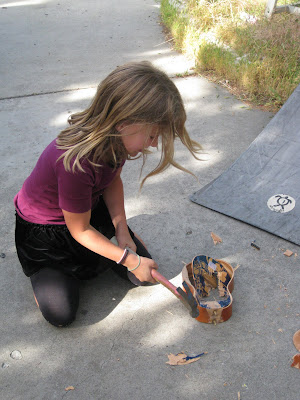 Girlfriend's even got the rock 'n roll hair going on 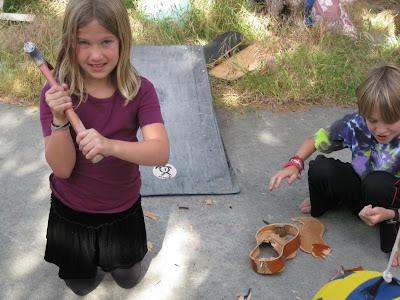 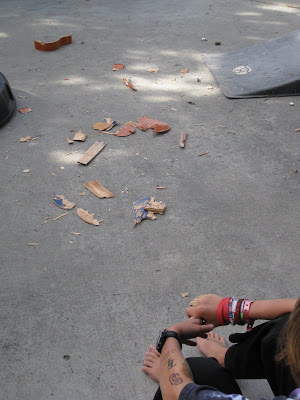 Ah, the satisfaction of a job well done. 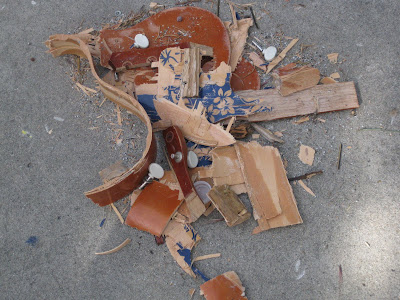 Poor uke. Was it worth it? 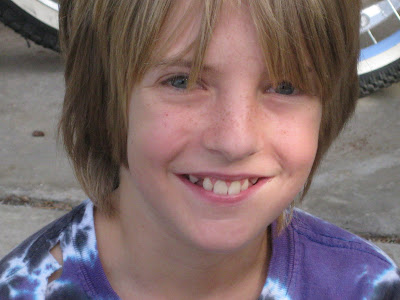 Oh dear. That glint in his eye. He had *way* too much fun destroying poor ol' ukie.

Congrats to you, though: one less uke in the house for you to listen to.

You boy's tatted up arm really lends to the whole affect! That with the rock and roll hair? Most excellent.

We have a recorder at our house that could use some work...

I love it Jacq, he looks so happy and like his old self. Keep up the good work. love you mom