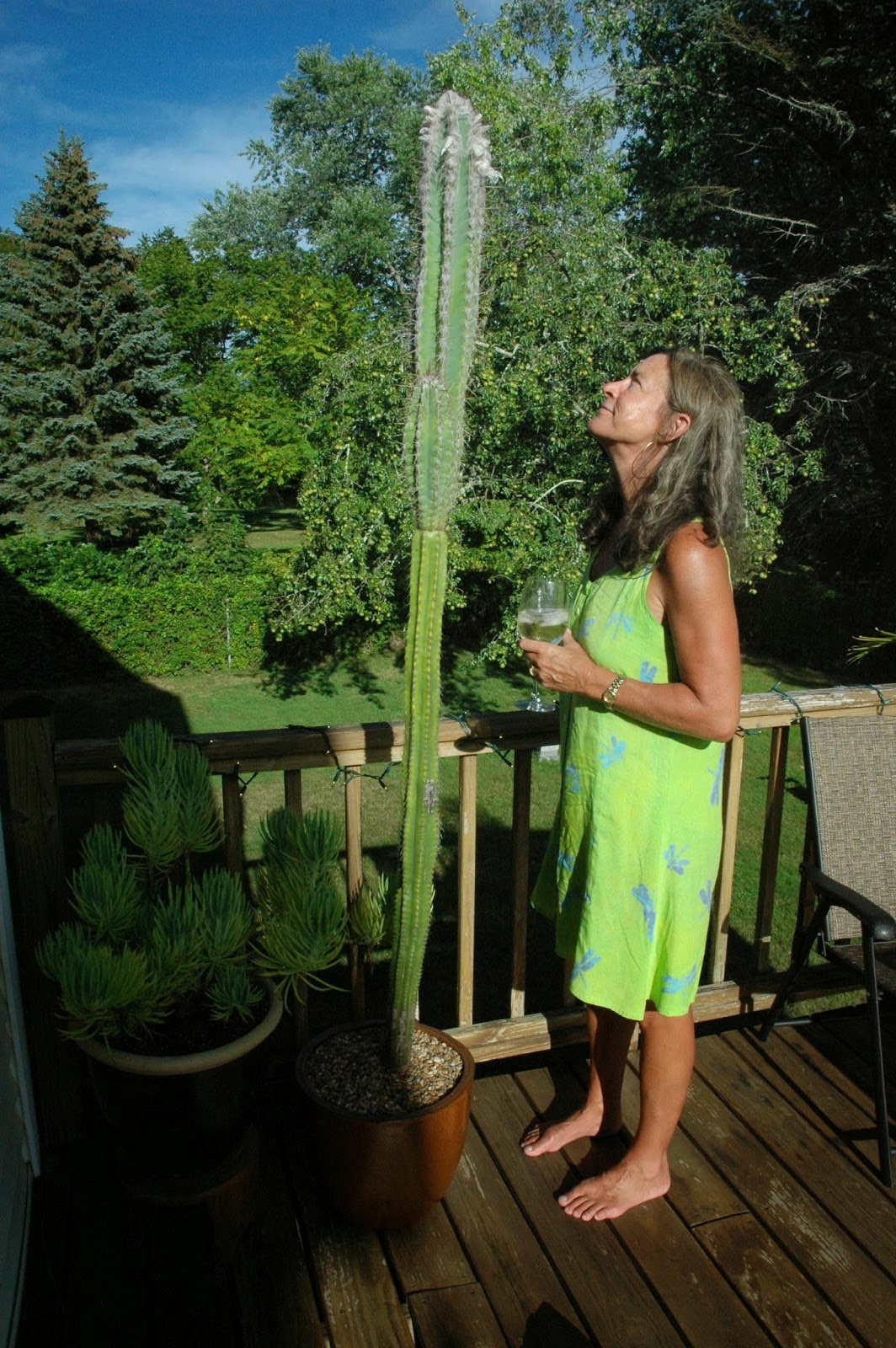 That was Way Back When, during blossom #1.

And now may I introduce to you? 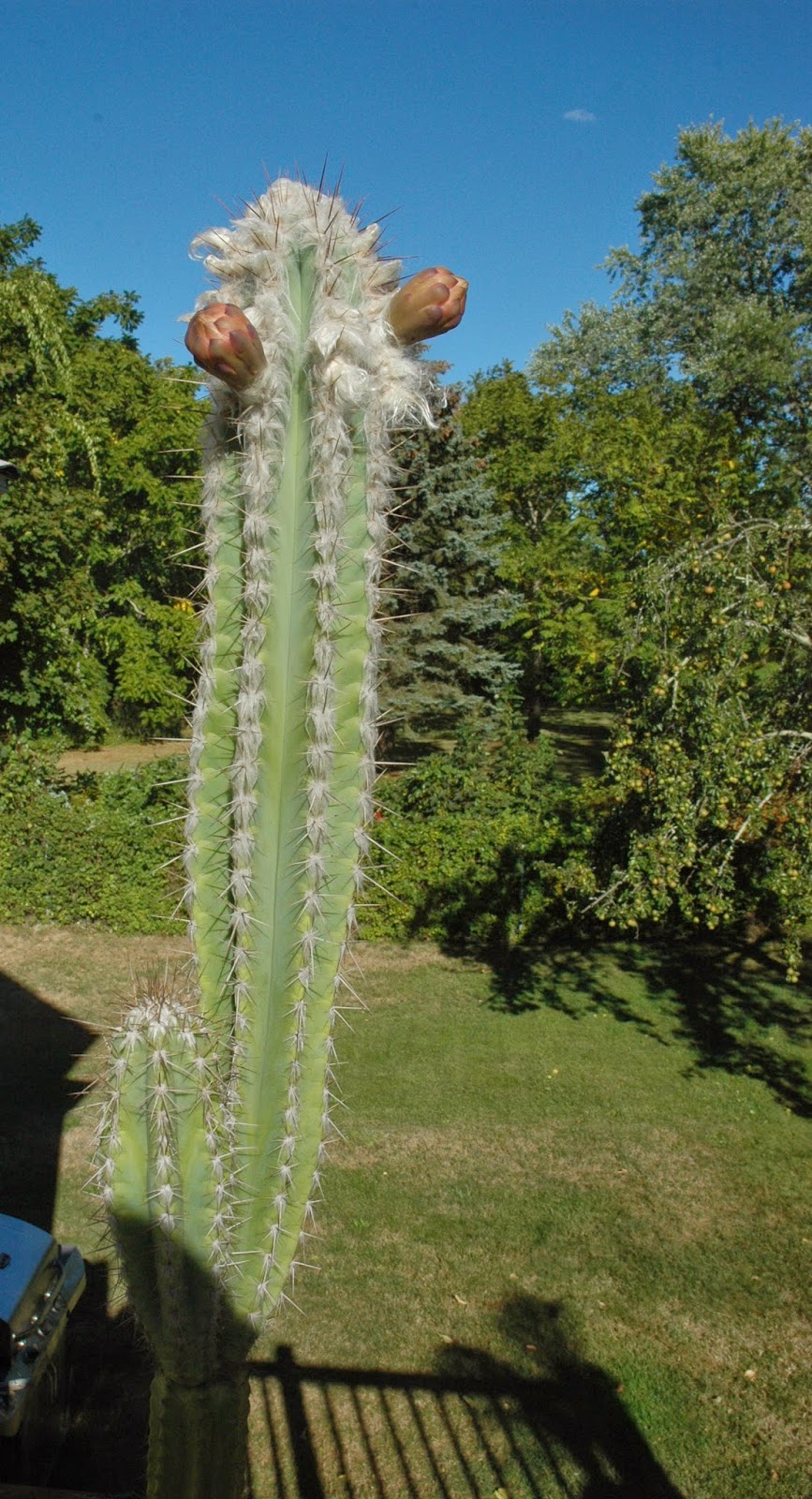 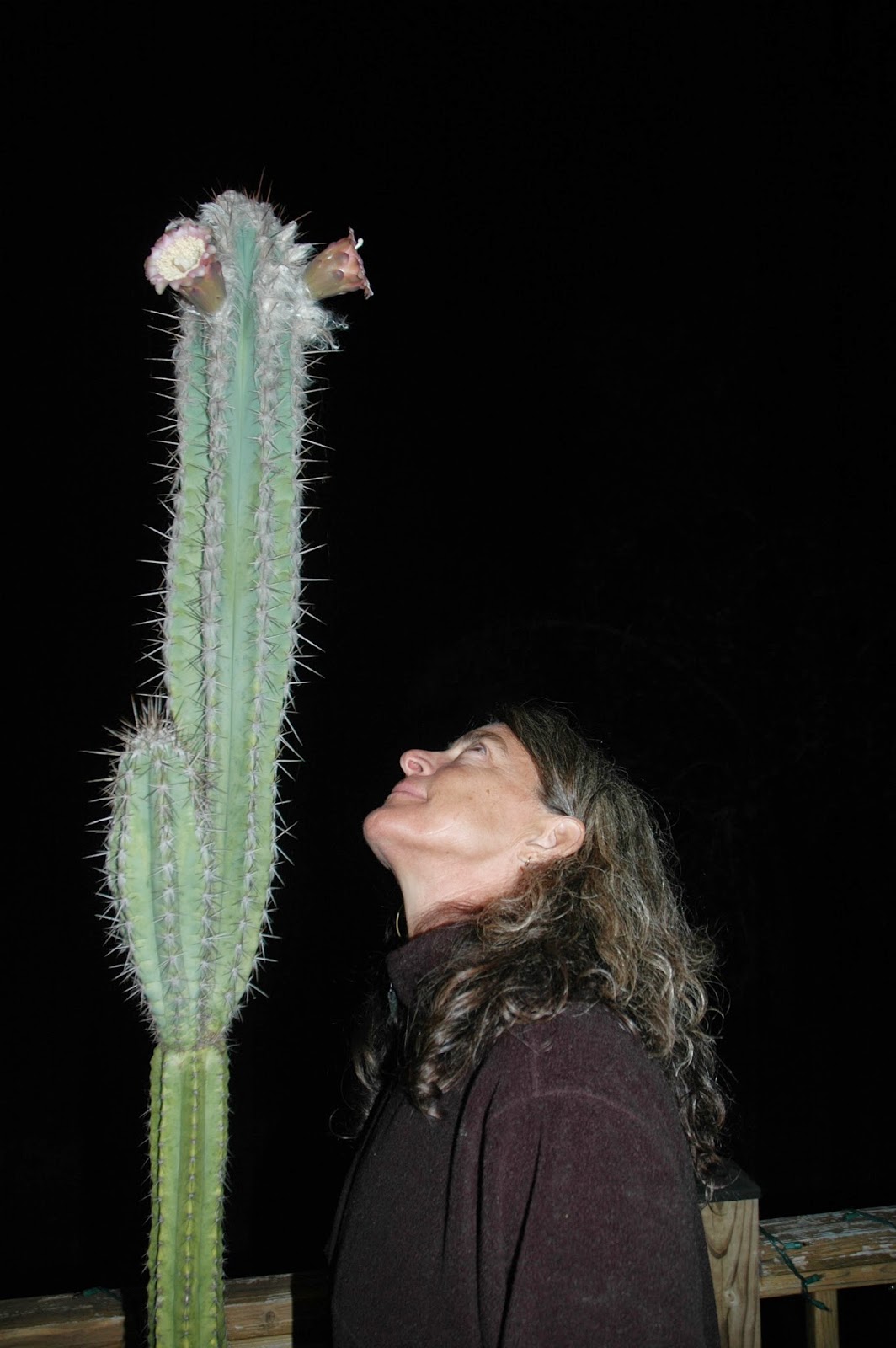 (Sorry we forgot to take a photo of blossom #2). 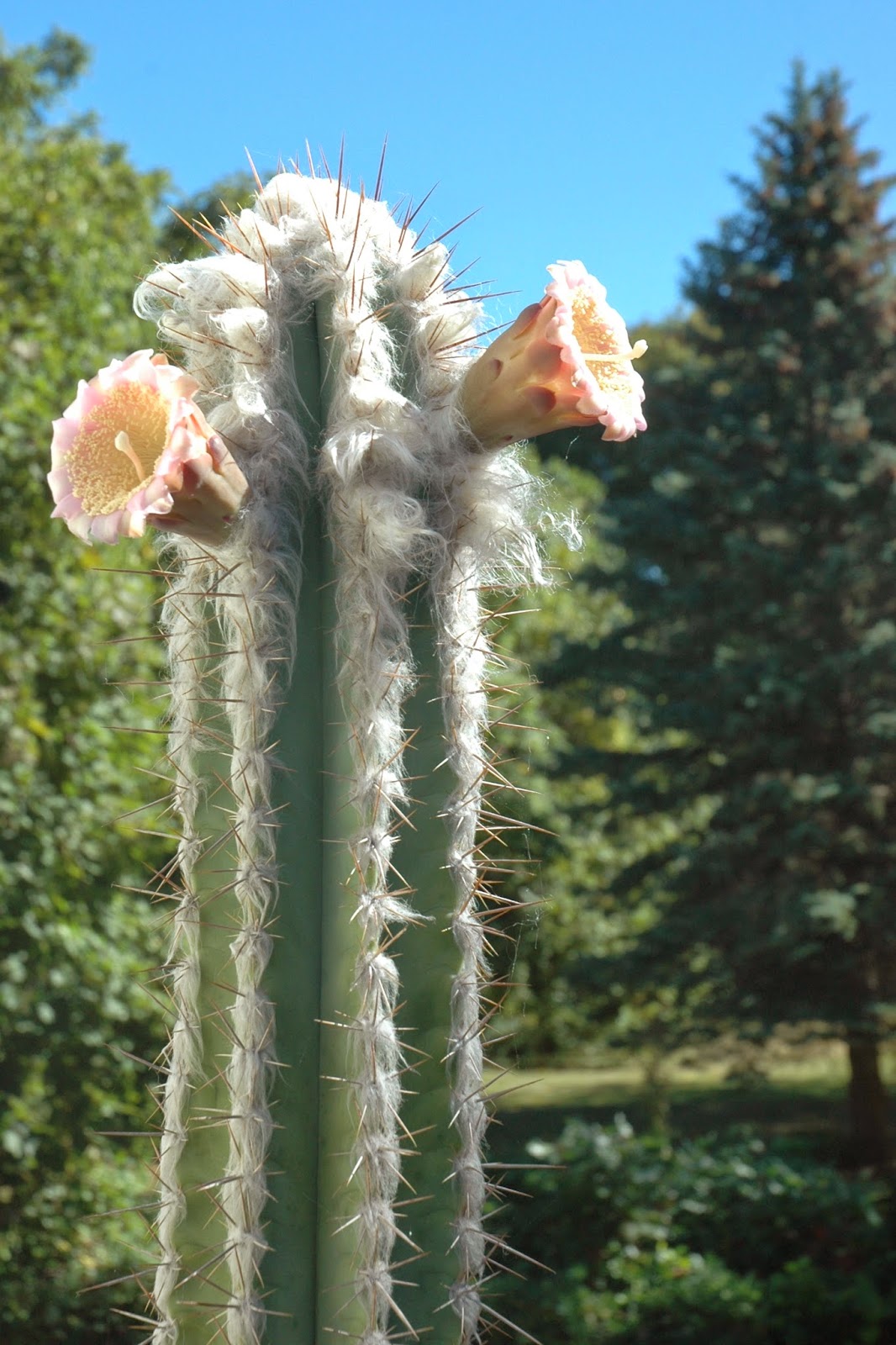 But blossoms #3 and #4 are spectacularly awesome. 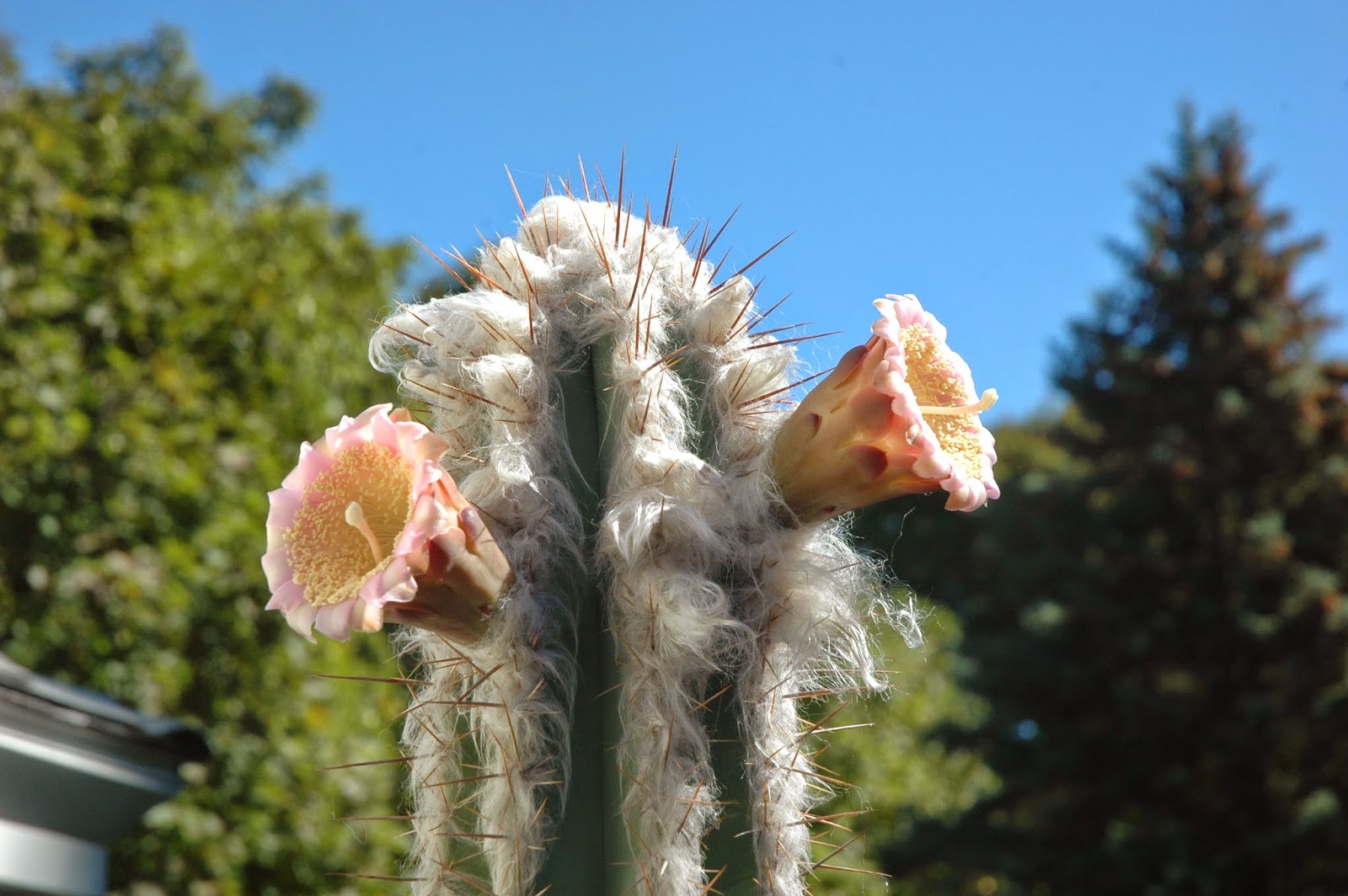 Once in a great while my normal, seemingly unchanging arriving-at-work routine is shaken up a bit. This week witnessed one of those mornings.

I pulled up to my preferred spot, as per usual. I grabbed my purse, the notebook I carry with me, my hot-water-with-lemon, and locked up the rig, as per usual. I walked toward the entrance door, keys in hand, as per usual, but was then shocked to notice a very bright Mexican blanket covering a sleeping body beneath, with a bike, partially covered by said blanket, laying next to the colorful lump.

How odd, in all my 15+ years working at this building, I had never seen someone, seemingly homeless, set up camp on the property. It was early still, probably 7:25 am. I unlocked the door,  juggling my stuff, as per usual, without giving it much thought other than, "hmm, he'll/she'll likely be on his or her way in the next hour or two." If not, I was pretty sure the building manager would be on his or her's ass about getting up and out.

My morning proceeded, as per usual, and when lunchtime rolled around and I stepped outside to go grab a bite, I was shocked to find the bright blanket with human beneath it still there, just feet from our office building entrance. I, quite honestly, had forgotten about our unexpected visitor.

I gave a quick glance and was surprised by how seemingly young the visitor was. He didn't look to be more than 18 or 19. His hair was dyed, and he was now resting on his back, with his face visible, although the rest of his body was still covered by the blanket, bike still laying by his side.

I gave a half smile and nod and got in my car. I was on my way to pick up my "grilled grande bowl, no meat" and thought about how lucky I was. With just a phone call, I ordered up cabbage covered with rice, beans, guacamole and cheese, then jumped in my leather-upholstered SUV to pick it up.

He must be hungry, I thought to myself.... You know, I should grab him a burrito, I thought.... But no, it takes forever to get the food there if you don't order it in first, I thought.... Well, I should really get some more fruit for the house because the girls will be home for 5 days and man do they eat a lot all-of-a-sudden.... Maybe I'll stop at that fruit-stand store on my way to my lunch and grab us all us some food there.

I found myself taking a long time (much longer than it would have taken to order and wait for the burrito) choosing his lunch. I went into some unconscious auto-mom mode. I'm quite sure it was not his ideal meal, but goddammit, it was healthy. There was a giant, crispy apple; a chilled string cheese; one of those adorable hummus-and-thin-pretzel kits that you see in airports and Costco; a cold bottled water; and some chocolate with hazelnuts from Belgium (which I had had from there before and knew was delicious). At least he'll like the chocolate, I thought to myself. And the water.

Getting back in the car with the bag of lunch foods, I realized that I had completely neglected to get fruit for my girls. And that my grilled grande bowl was probably getting cold.

I got my bowl, drove back to the office, and handed the white plastic lunch bag to the boy on my way in. He feigned sleep as I walked from my car toward the door, but glanced up when he could feel me approaching. He was older than I had first thought, probably more like mid-twenties. I handed him the bag with a simple, "Here's some food if you are hungry," then, key already out, entered the building.

I can't remember exactly what he said. Did he say anything? His expression was one of surprise, and relief (that I was not going to bitch at him, I assume). I think he did mutter something.

I didn't expect him to say anything. He didn't ask me for any food. He may not have even wanted any food. I have no idea if he even ate the food. But I bet he did. At least the chocolate and the water.

And probably the apple, and the hummus-and-pretzels, and the cheese stick. Although maybe not all at once. I hope he the ate the cheese stick straight away though, because those get kinda slimy and gross when warm.

He wasn't there when I left the building to go home. I assume he packed up his colorful blanket and peddled away. Hopefully in peace and with a full-ish belly.

Later that day I read that in addition to being the Fall Equinox we were also getting three levels of support from Aryaman (Vedic deity), who "gives resources, but does so through sustenance - mainly health of the body and physical stamina and strength as a result." I get that you may not believe in this, I don't know if I do either, but it did feel as though I was being guided by something in my quest-for-the-healthy-lunch-for-the-stranger. Either way, whether placed in my path by some divine grace, or by some random coincidence (and really, aren't they often the same thing?), it felt good to be driven to provide for someone outside of my small circle. 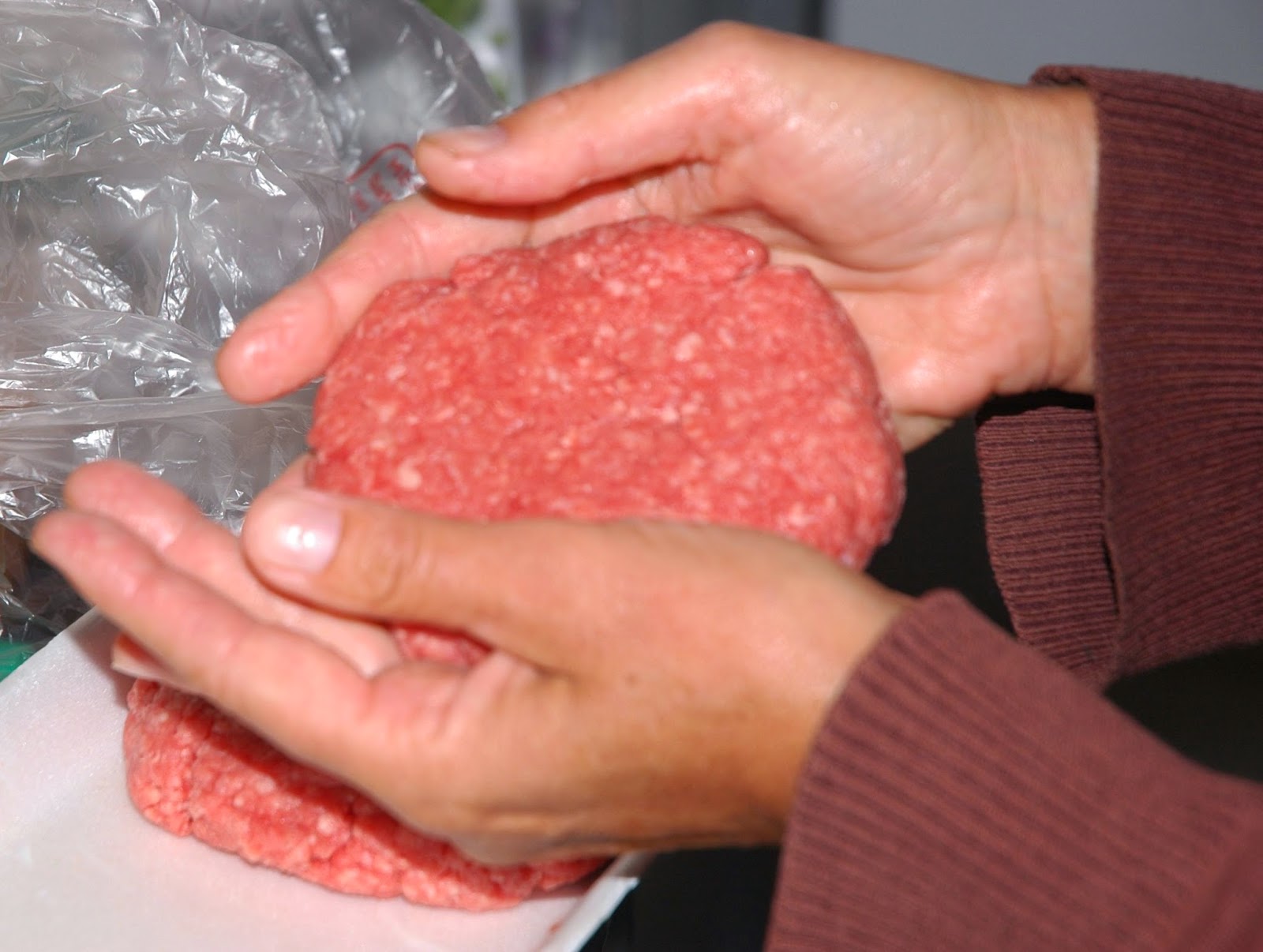 Something about forming patties makes me feel like a kid. Did I form patties a lot as a kid? I must have. I most certainly have not as a so-called adult. 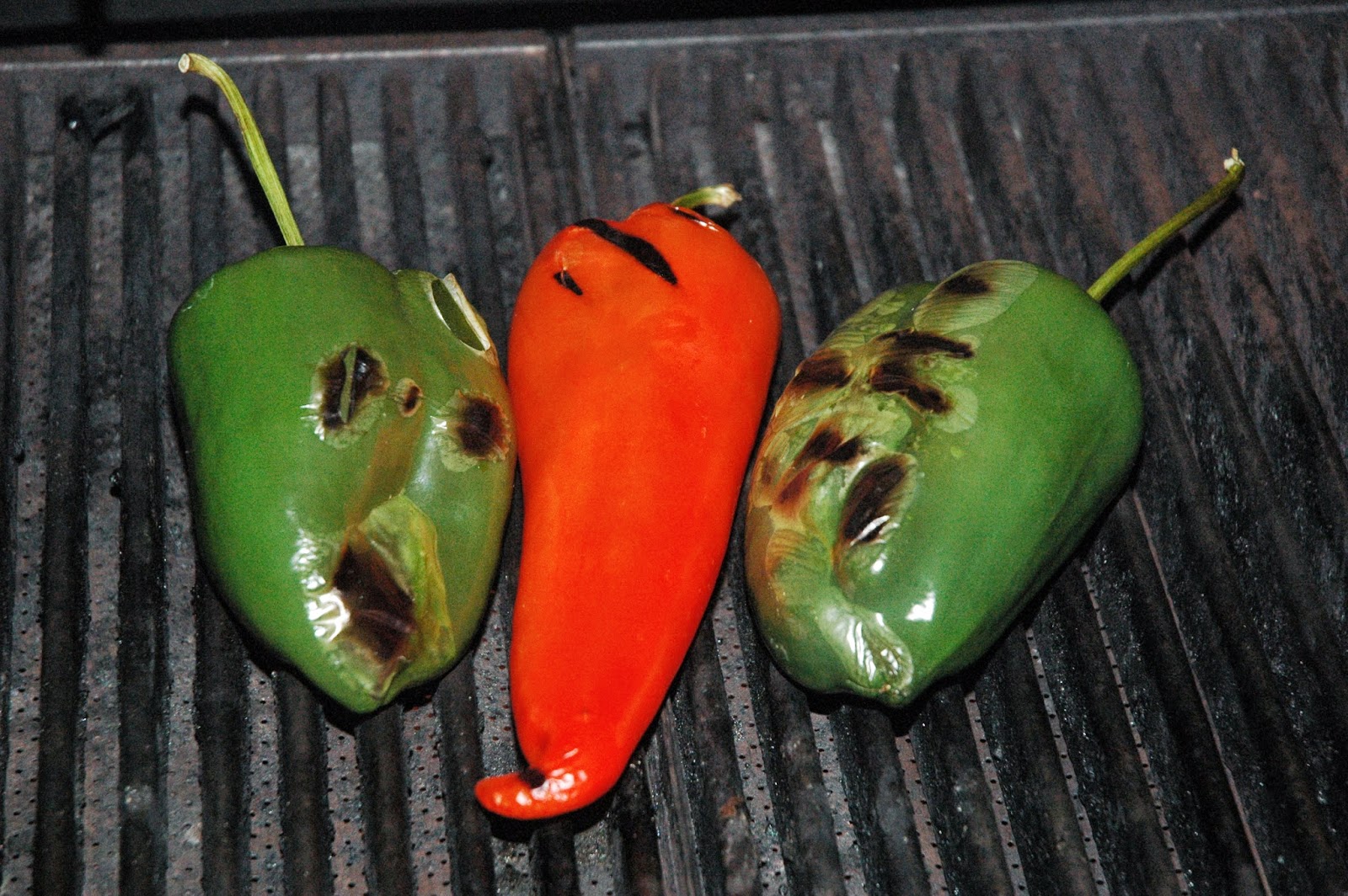 Speaking of kids. These guys look like kids having fun together. You know, roasting on the open fire together. Giving up their poblano selves for us. 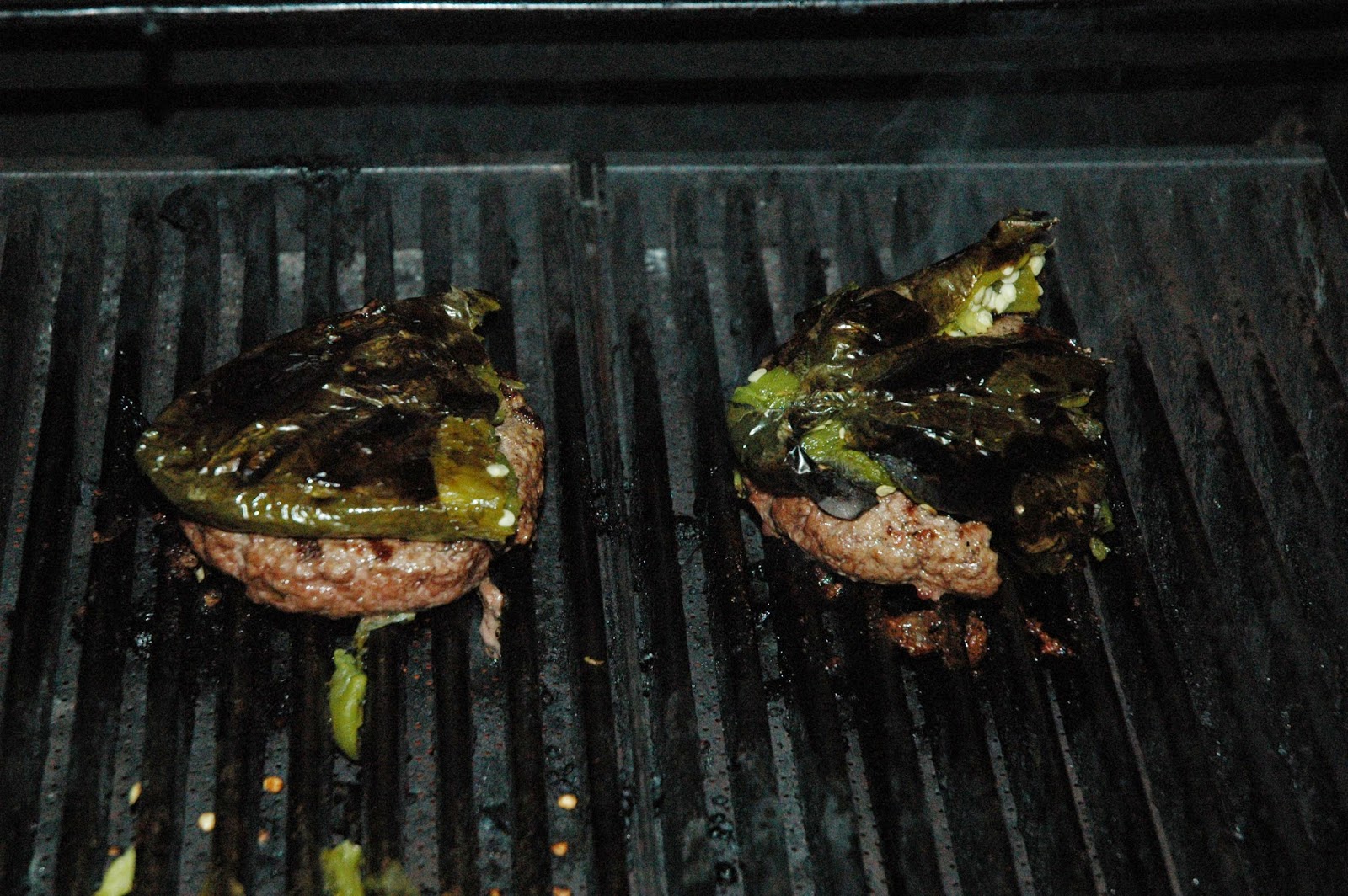 Mistah talked to a guy at the Farmers' Market who said he grills the poblanos then puts them on the burgers, under the cheese . . . 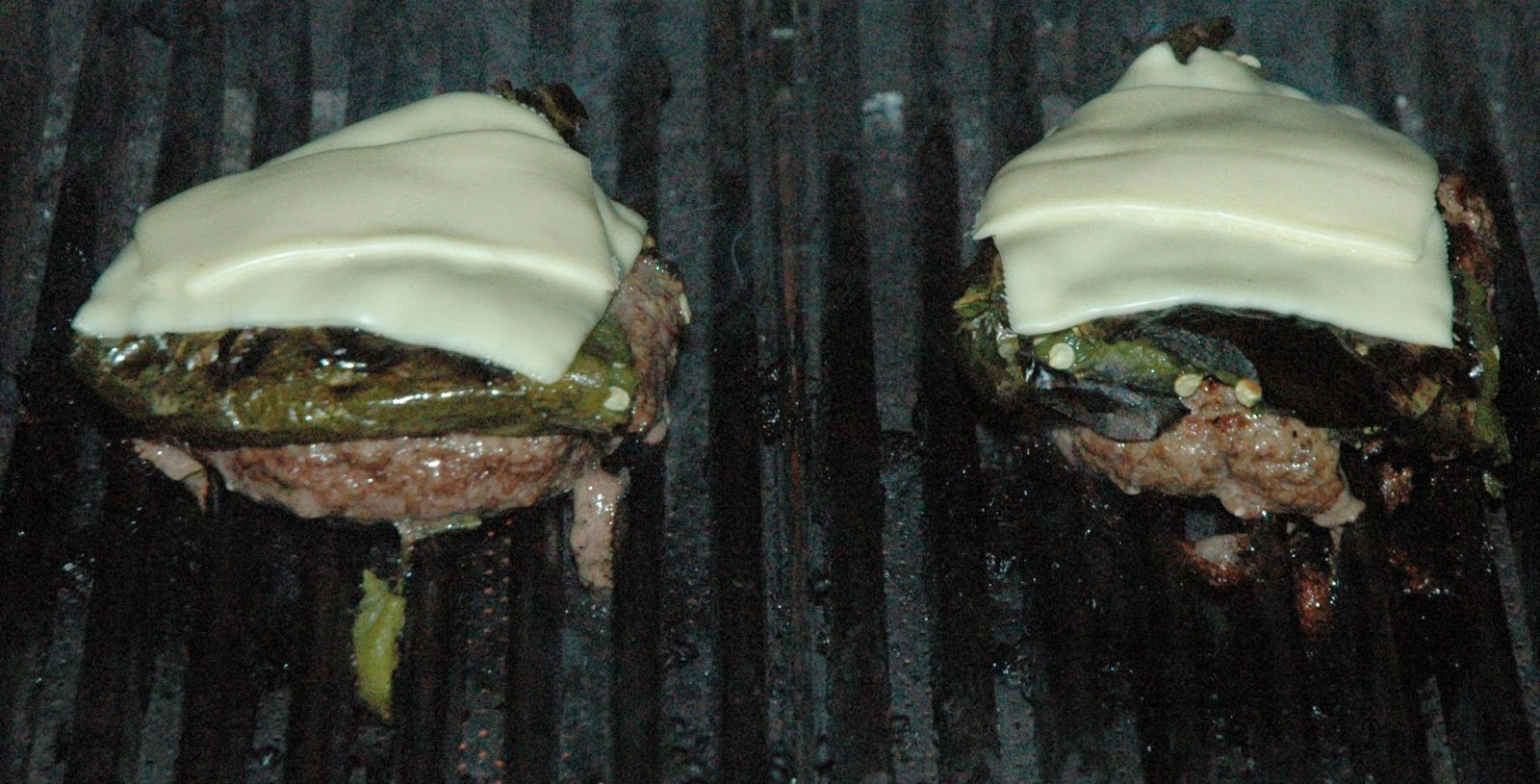 . . . and who are we to argue with that kind of spectacular logic? 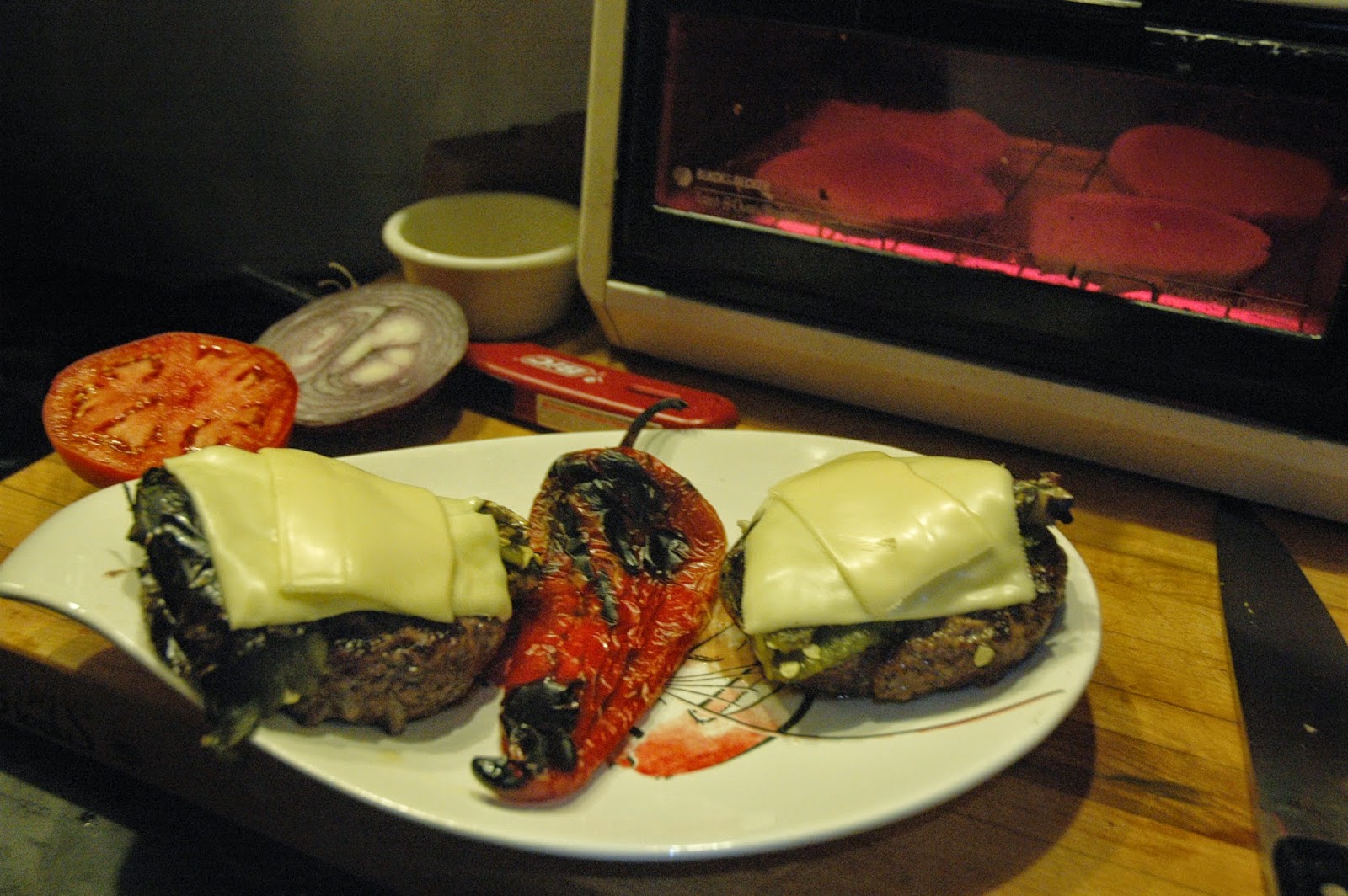 We toasted our buns, we sliced some red onion and some homemade tomatoes . . . 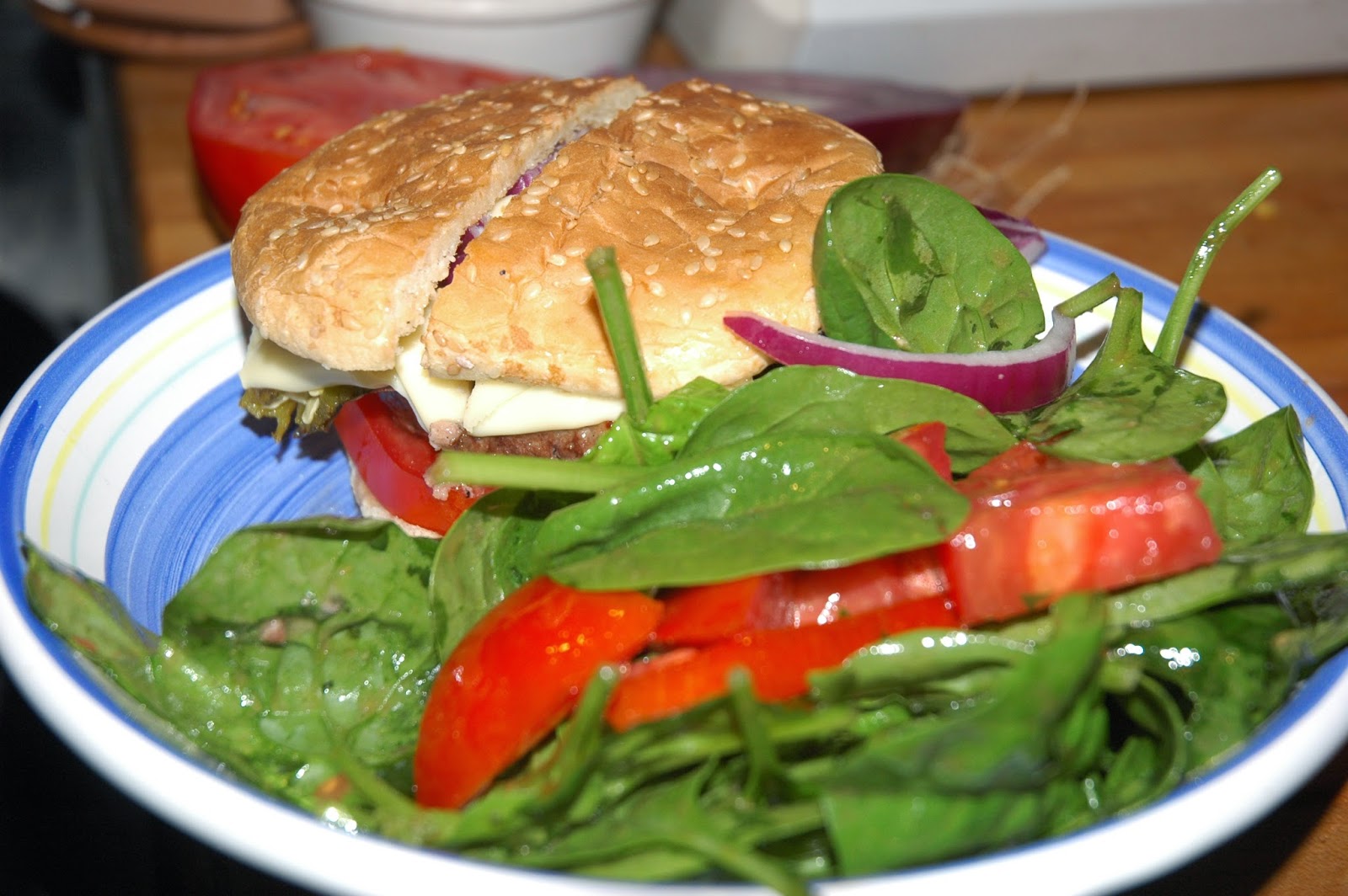 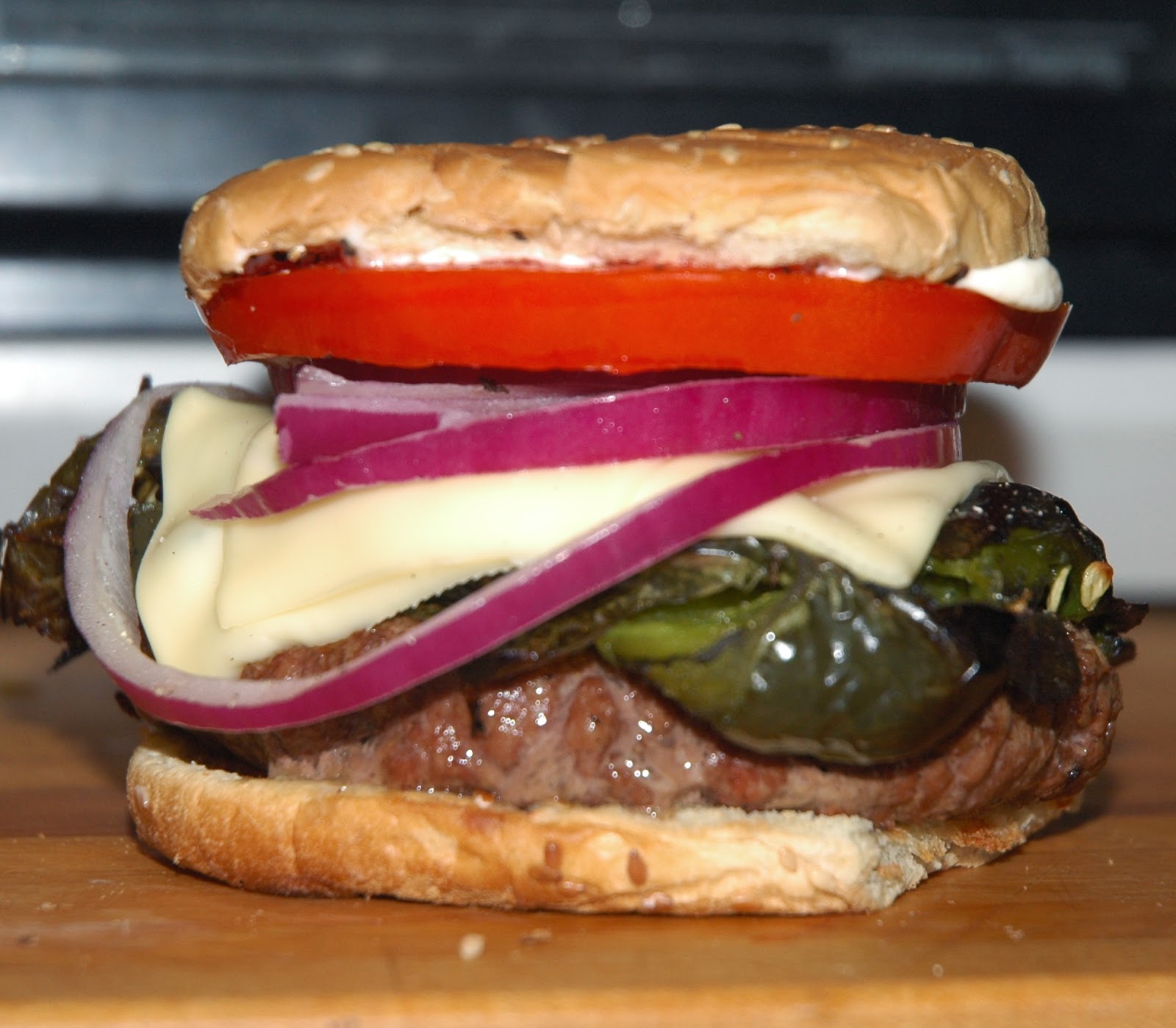 I loved Beth's photo booth post from yesterday, and as those of you who read the comments know, it inspired me to share one of my own. 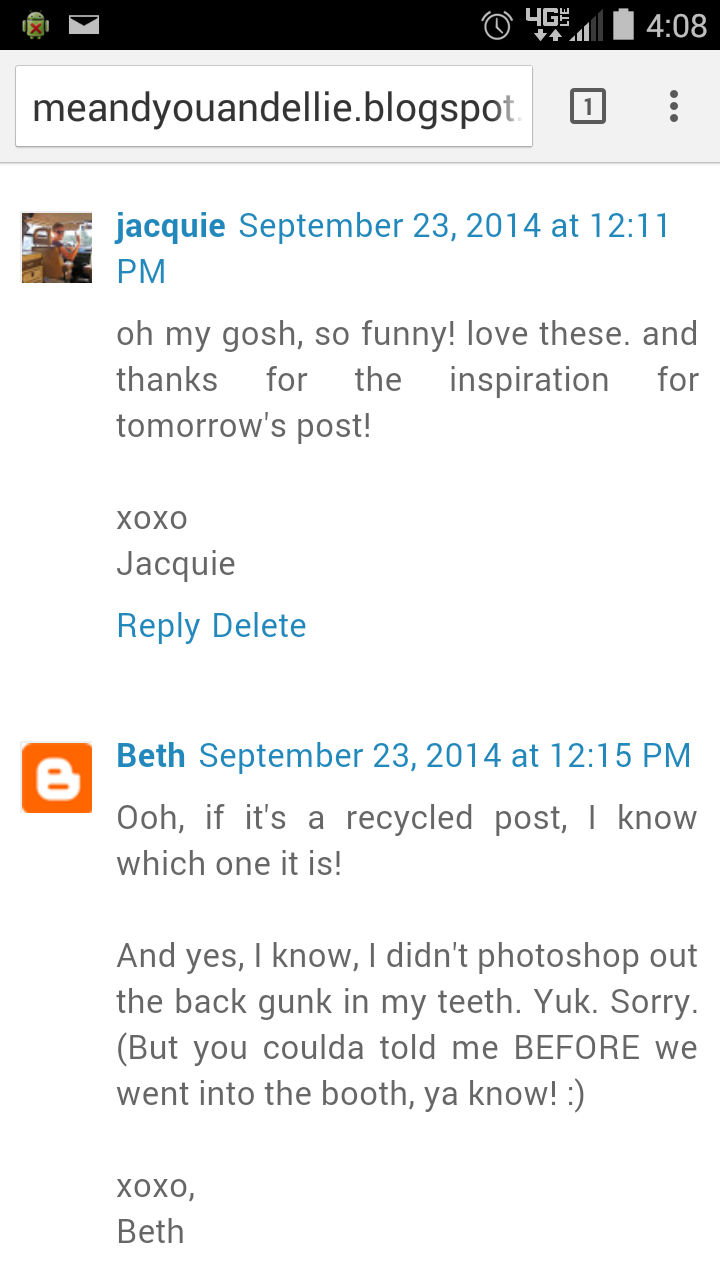 I wish I could be offended by the fact that Beth assumed I was inspired to recycle an old post, but the let's be real. I think she was guessing I would recycle this one.

But no! I have a NEW, INSPIRED post about photo booth photos! It's from the wedding we went to in Seattle this summer. As a special bonus, I am wearing the same dress. It's what I wore to every recent Event. I dug up the link to the gallery from Meg & Sanjay's wedding and tried to download images, but those cheapasses expected me to purchase the photos! Wait. Who is the cheapass? nevermind. Please forgive the crappiness of the following images, which I photographed from the computer monitor with my phone. Don't tell Schlekah.

I feel compelled to pull out my favorites from each session:

I have to include several from the family photo session so you can help me decide which one is most appropriate for this year's Christmas card:

This whole series was just way beyond awesome: 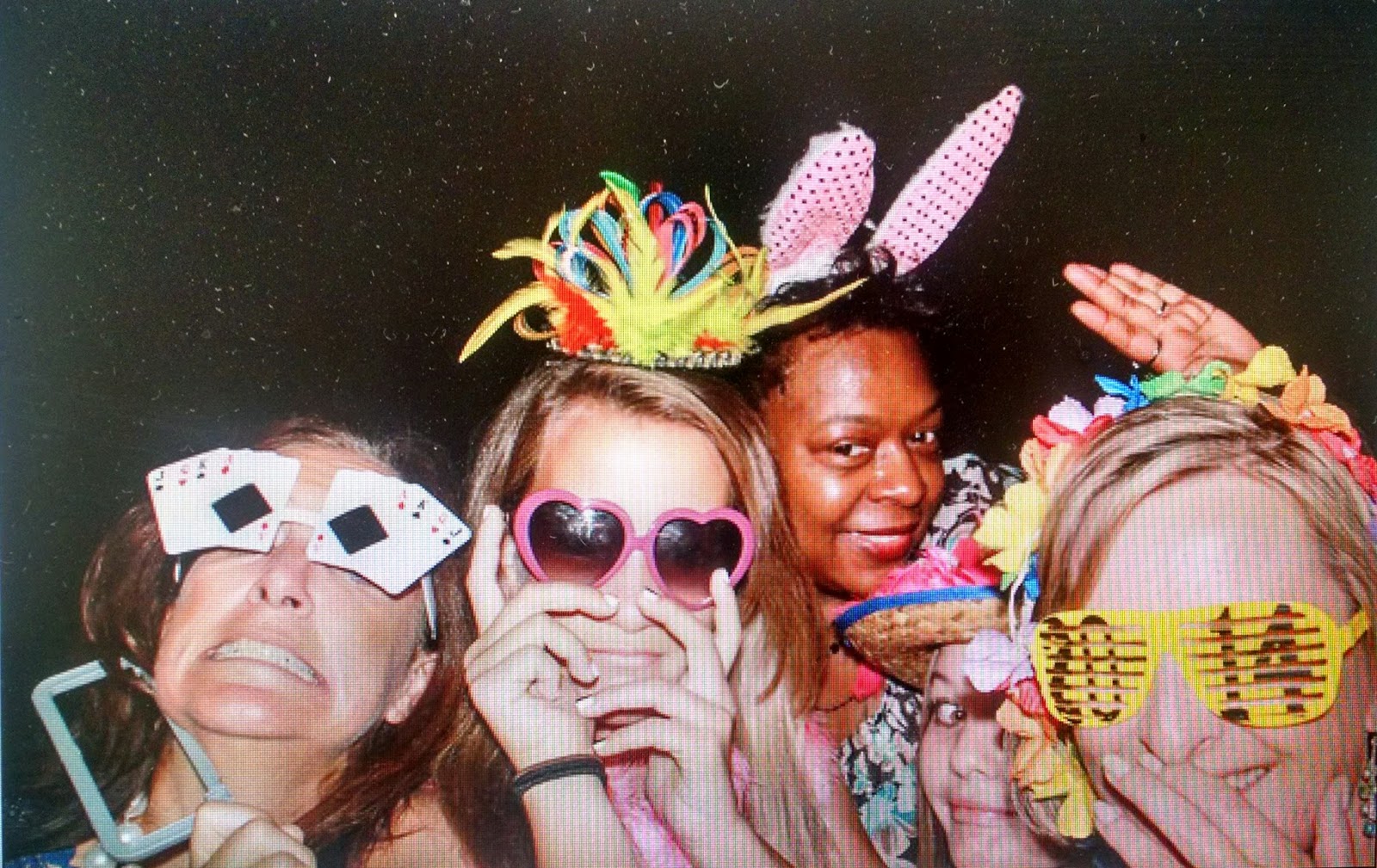 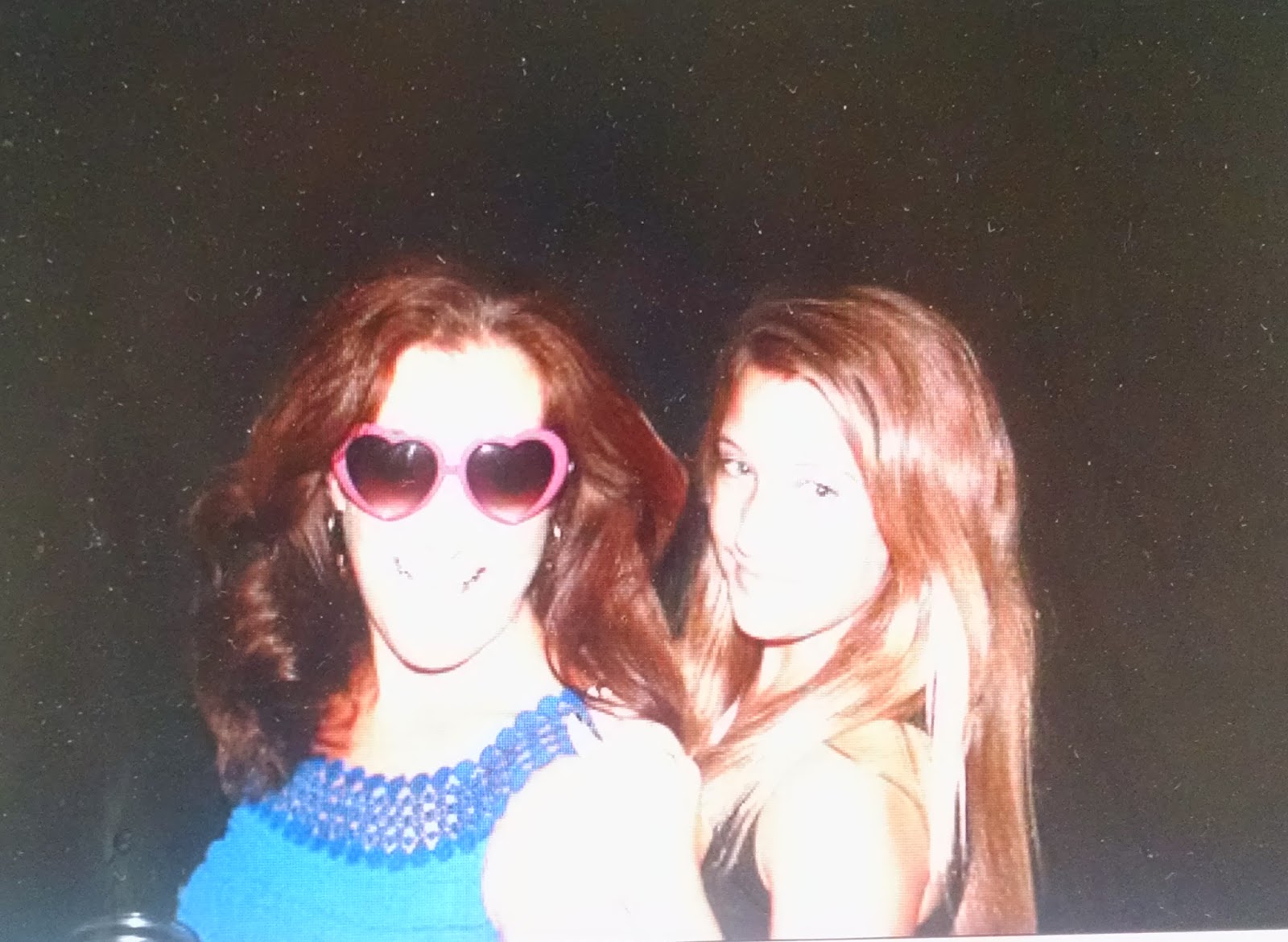 Have I mentioned that I really, really like photo booths? And that I have for all my live long years?

Well I'm gonna show and tell ya once again.

And I love Jacquie.

And I love Johanna and Lauri.

And the hottest man alive's dad.

And the hottest man alive and his gorgeous wife.

And my mom's uber smart and funny neighbors.

And apparently I love hats too. 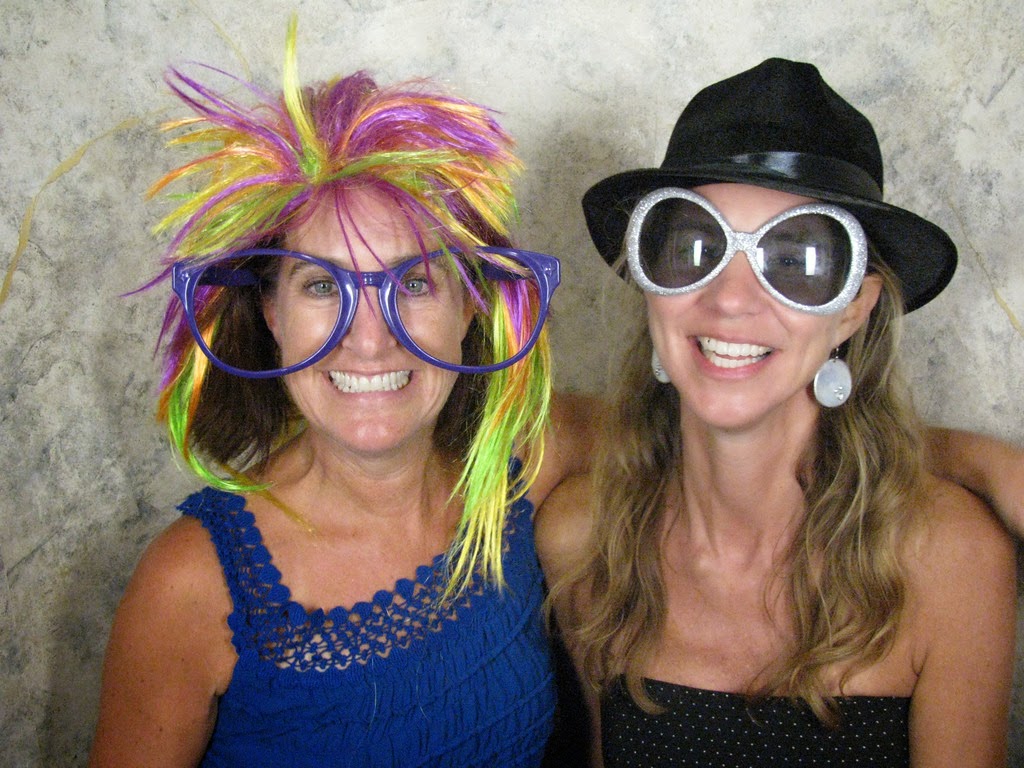 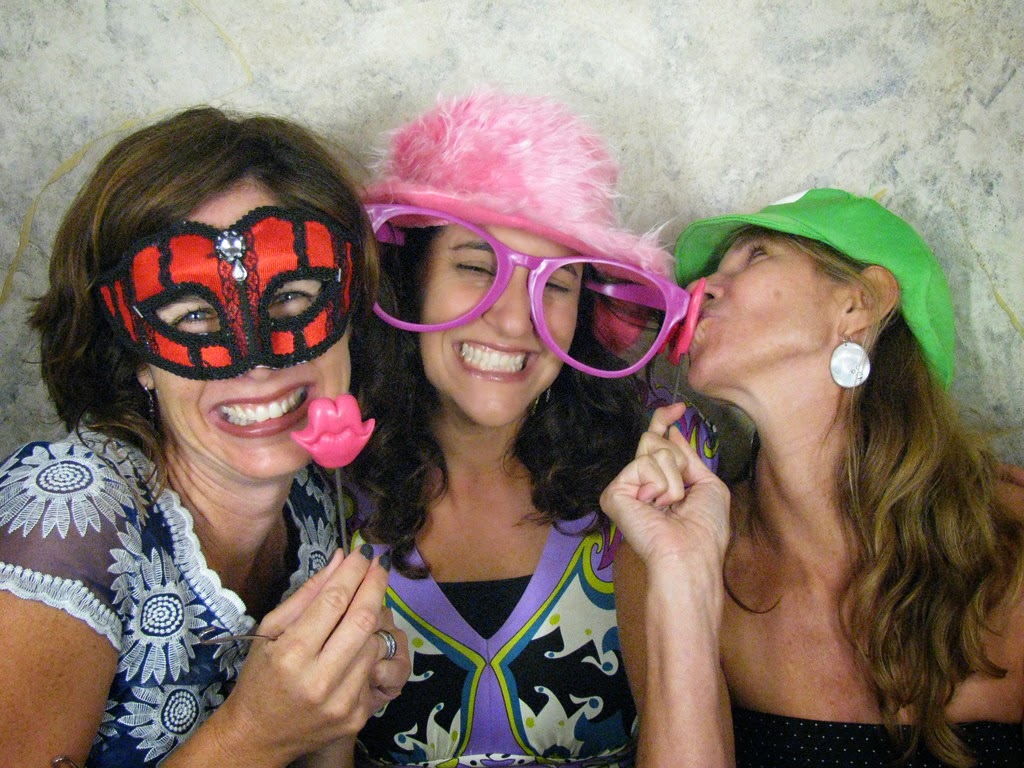 Jump, as in For Joy

Every year, for no apparent reason (I thank all the smoke and I thank all the mirrors) we get invited to a party where the very first thing we see is this: 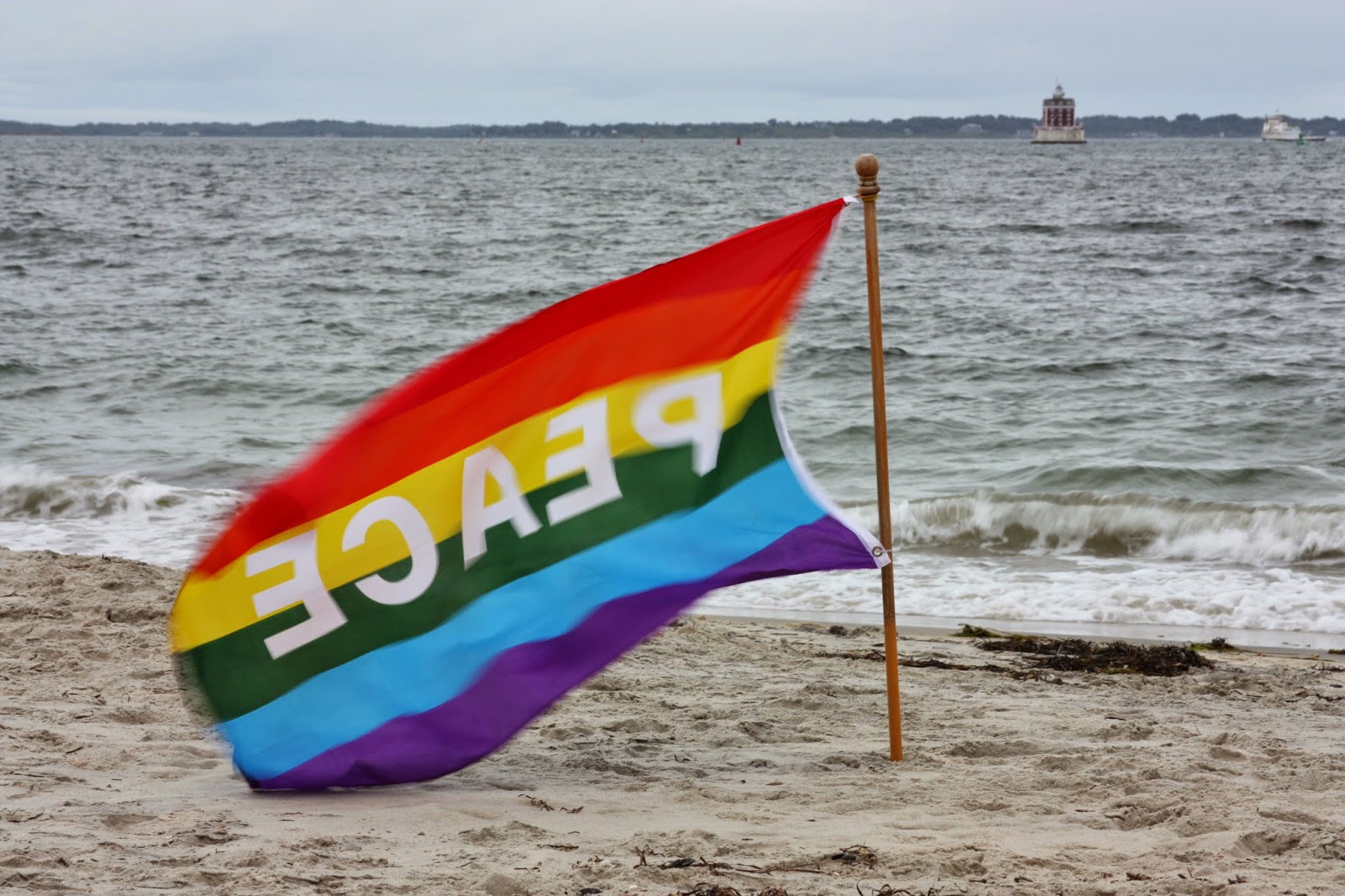 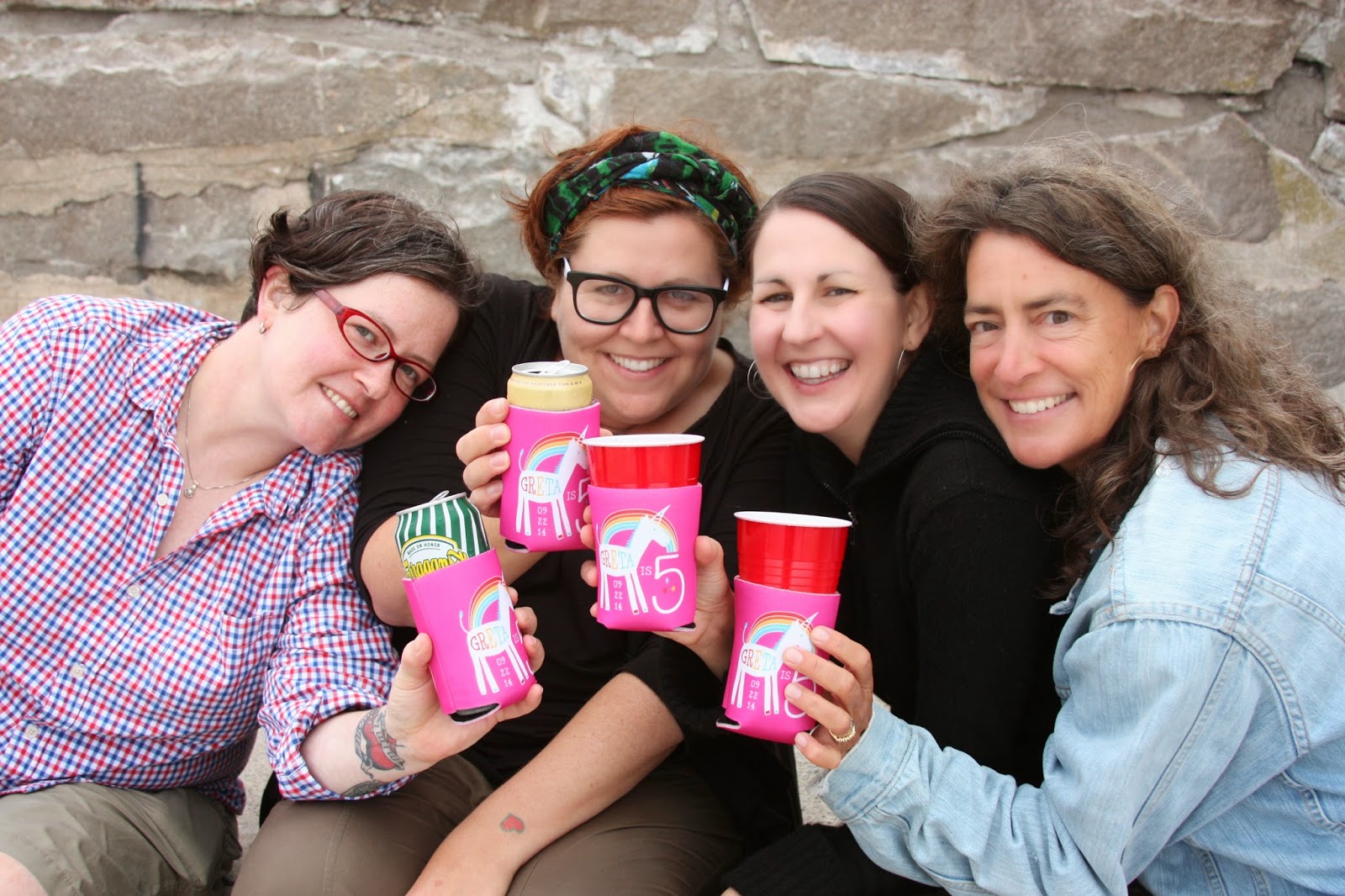 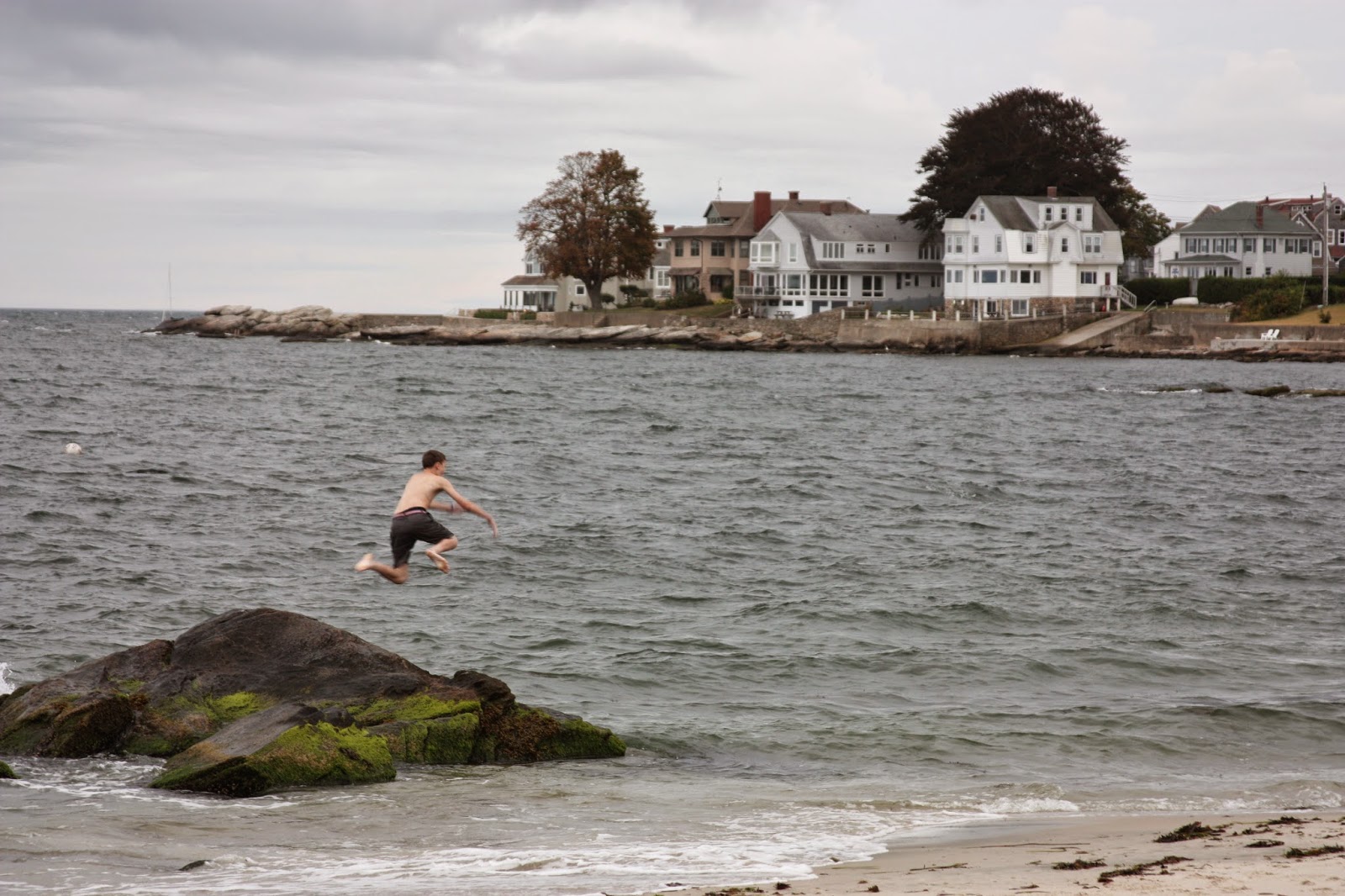 Yes, children jump off rocks, and look awesome in mid-air, and that is all good, and fine . . . 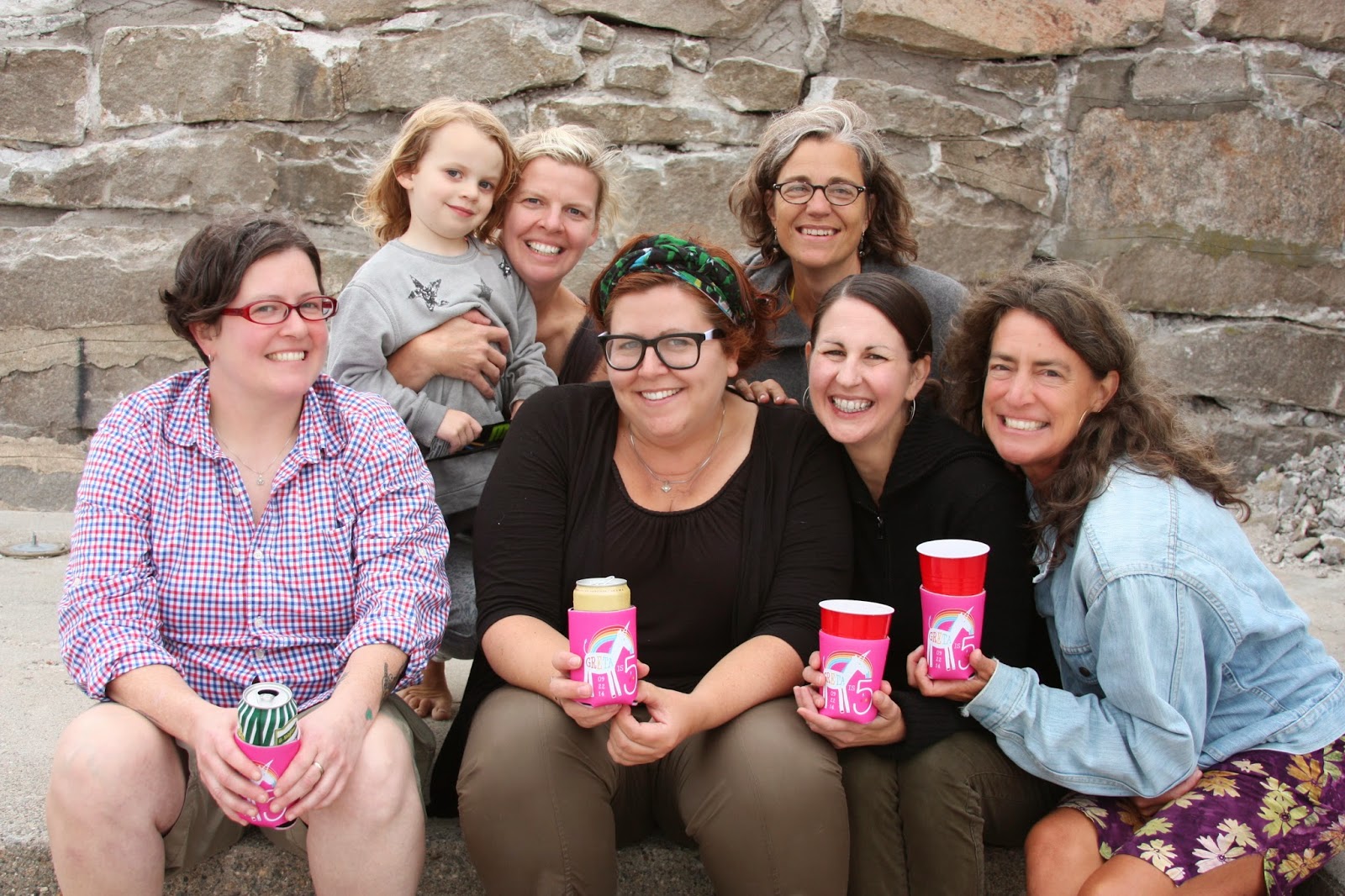 . . . but it's all about the peeps. My peeps rock, and they are beautiful. 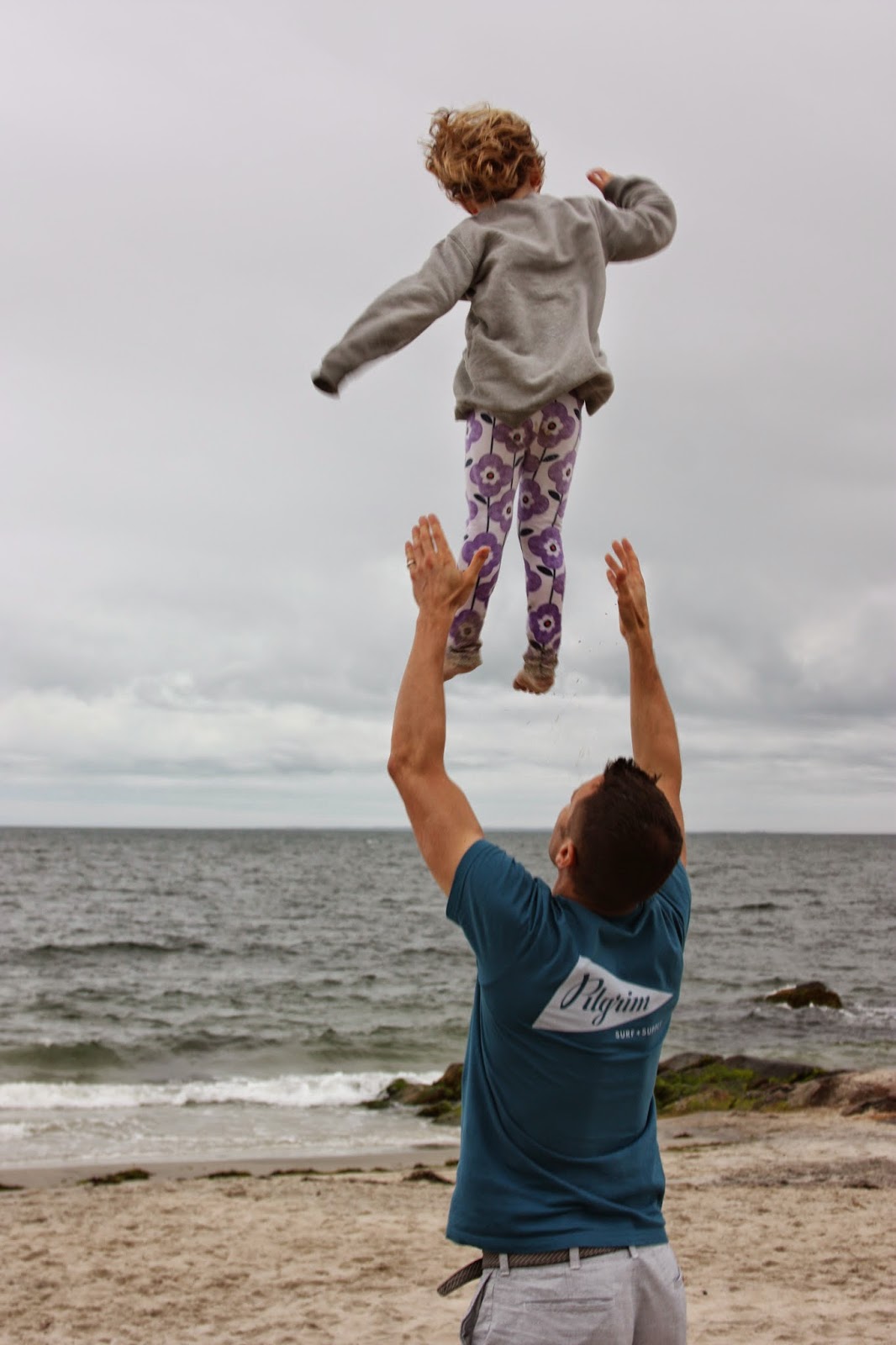 As Beth mentioned, many San Diego school kids had unexpected half days this week, so those of us without the luxury of air conditioned homes who were lucky enough to ditch work made quick plans to beat the heat.

If you're me, that can mean only one thing:


I took a lovely, cooling swim, then rested my eyes for a quick second. An hour later, I was awakened by the ringing of my phone. It was my boy, who had opted to stay home for some much deserved solitude, asking if it was raining at the beach. "What da huh?" I exclaimed. "You crazy?"  Who had ever heard or a more ridiculous notion. Rain. As IF. Hasn't he heard that we're in the midst of a species destroying drought? Silly Wabbit.

The girls asked if they could go out on the pier before we left, I said yes.

Not more than 2 minutes later, I felt raindrops and jumped up to run after the girls. Thankfully, they had made a pitstop at the bathroom before heading out to their death on their pier, so they ran back over to help us pack up the gear.

It was so crazy, it felt like the east coast meets Hawaii or the carribean, the rain was warm and nourishing. The long parched ground didn't have a chance against this deluge, and every concave surface was instantly filled to overflowing with water. We halfheartedly hightailed it to the car, we were soaked, as was all of our stuff, and it was so COOL outside. But it was getting late, and I didn't want to miss any of the fun on the freeway when all the commuters would start to bash into each other at top speeds. We bundled into the car and I started 'her up.

No so fast, Kowalski (remind me to tell you that joke sometime).

One hour and $117 later, I was the proud owner of a sporty new battery, and this was going on: 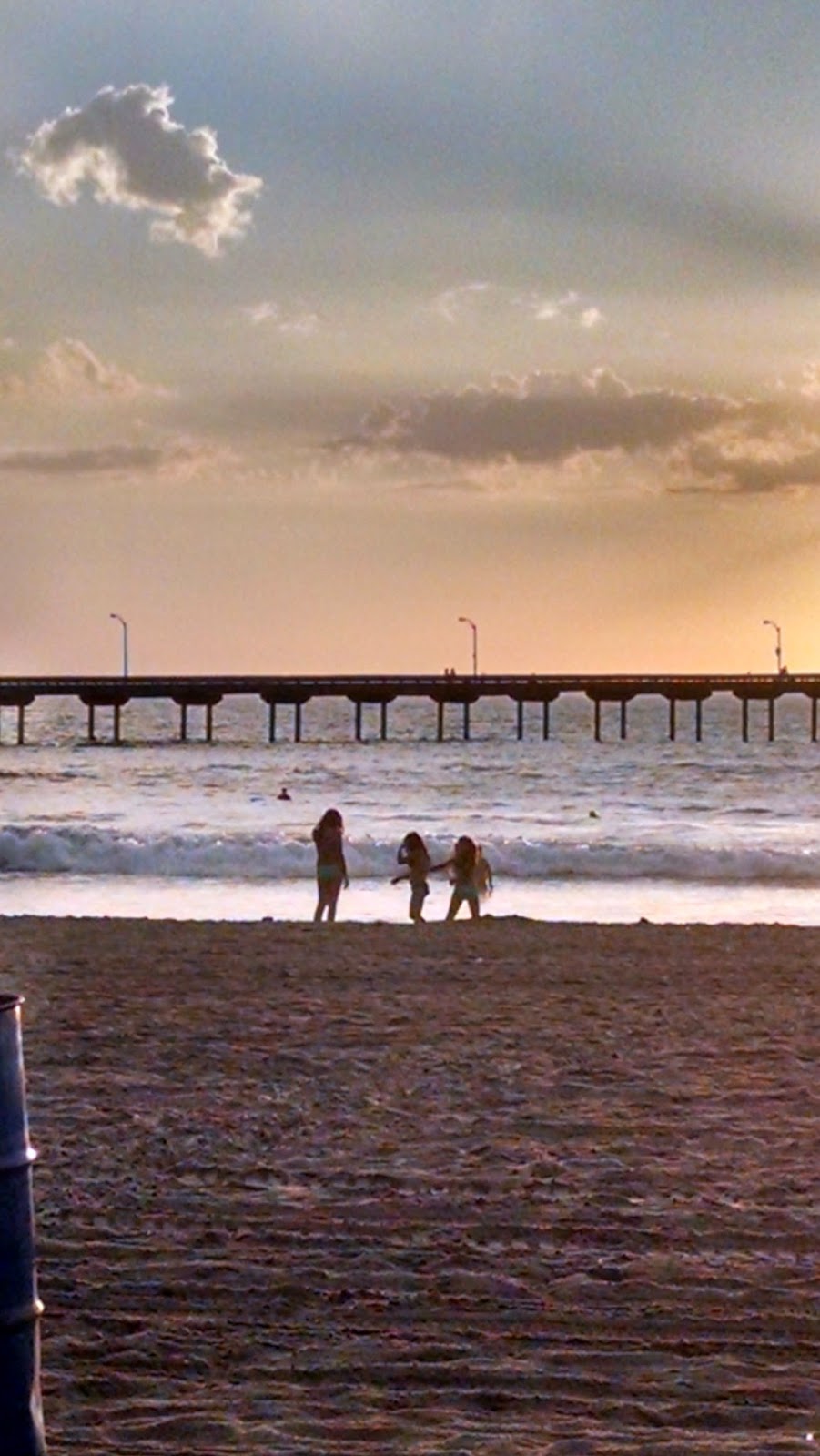 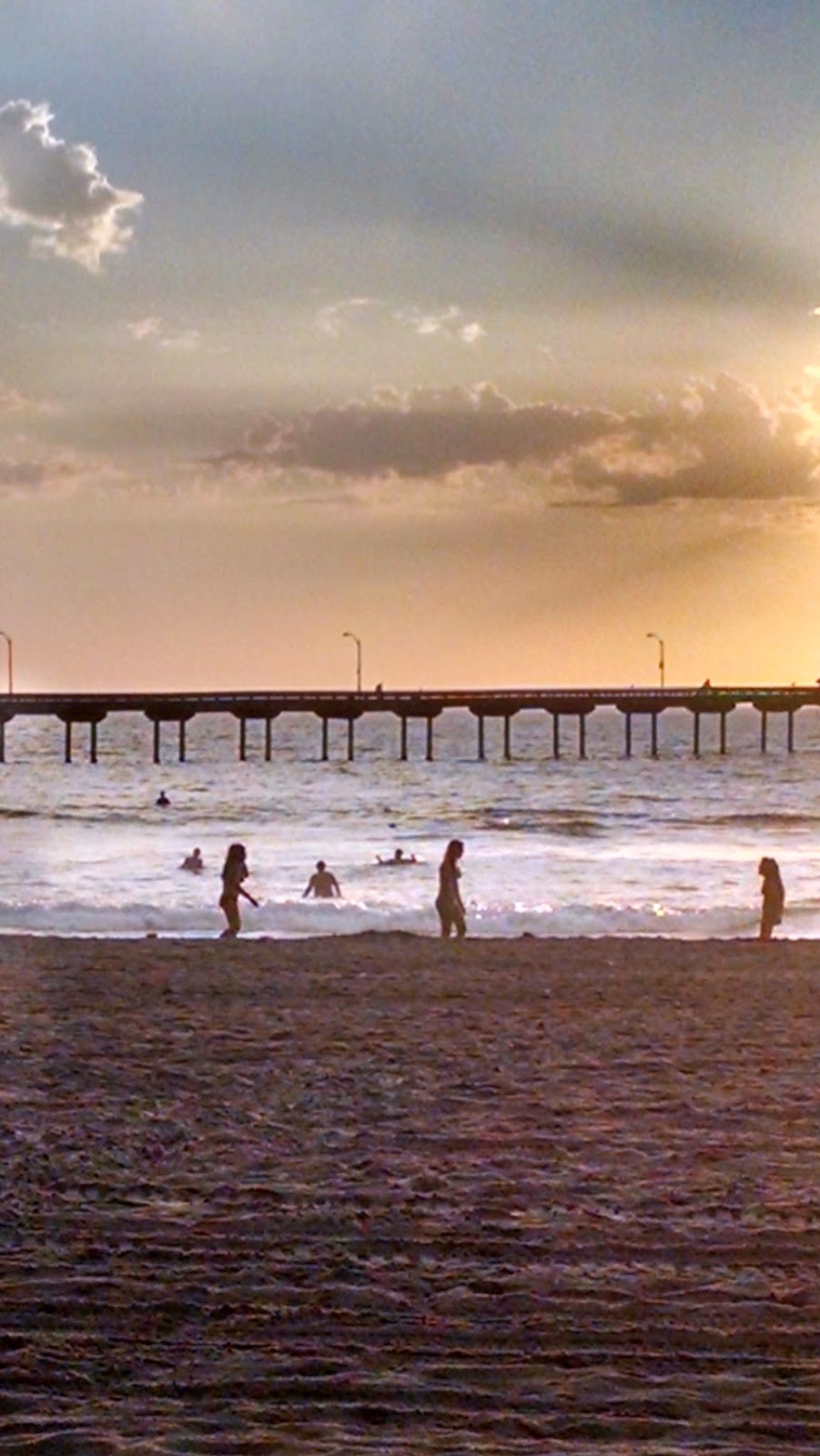 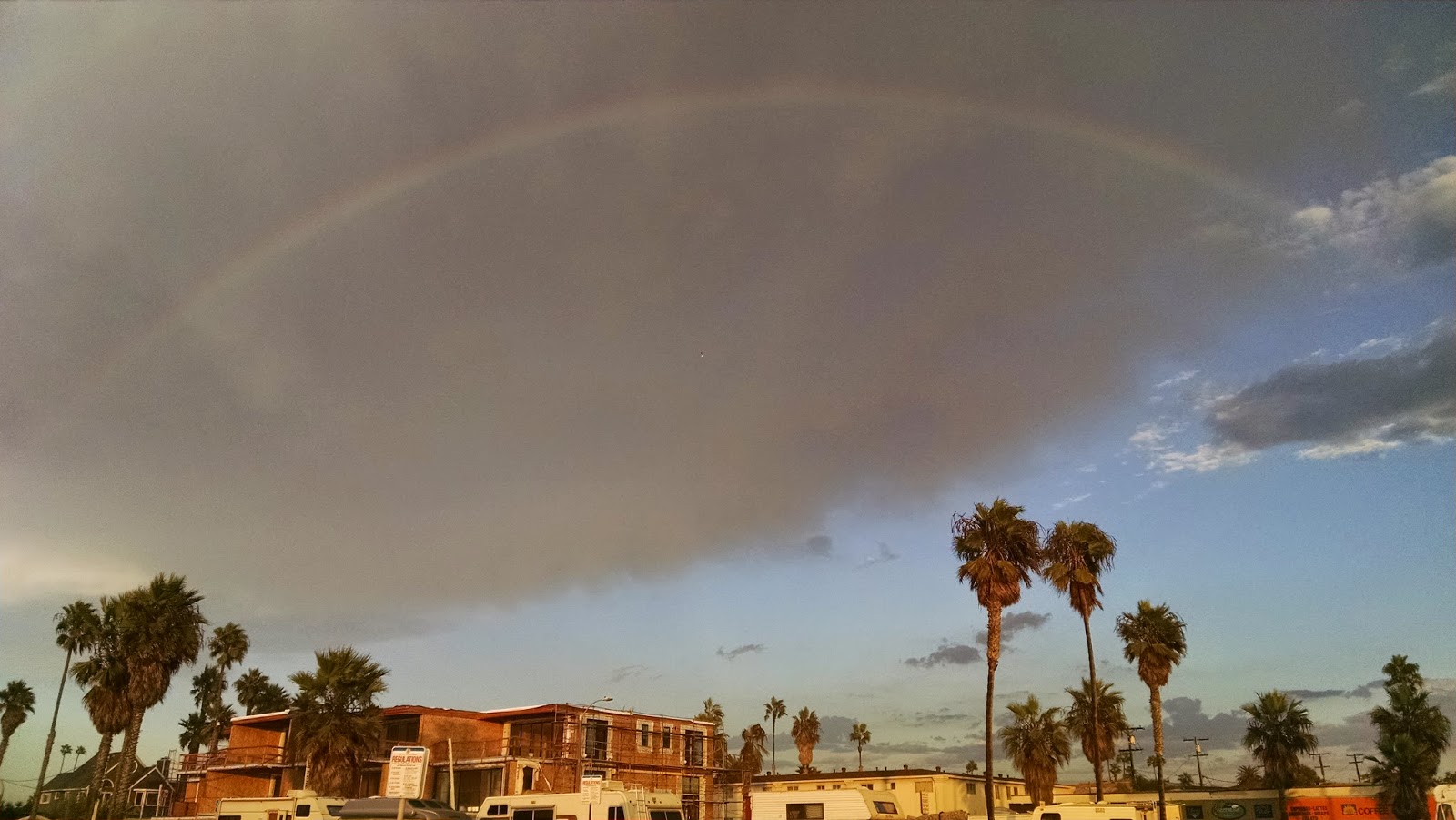 It was hard to leave. 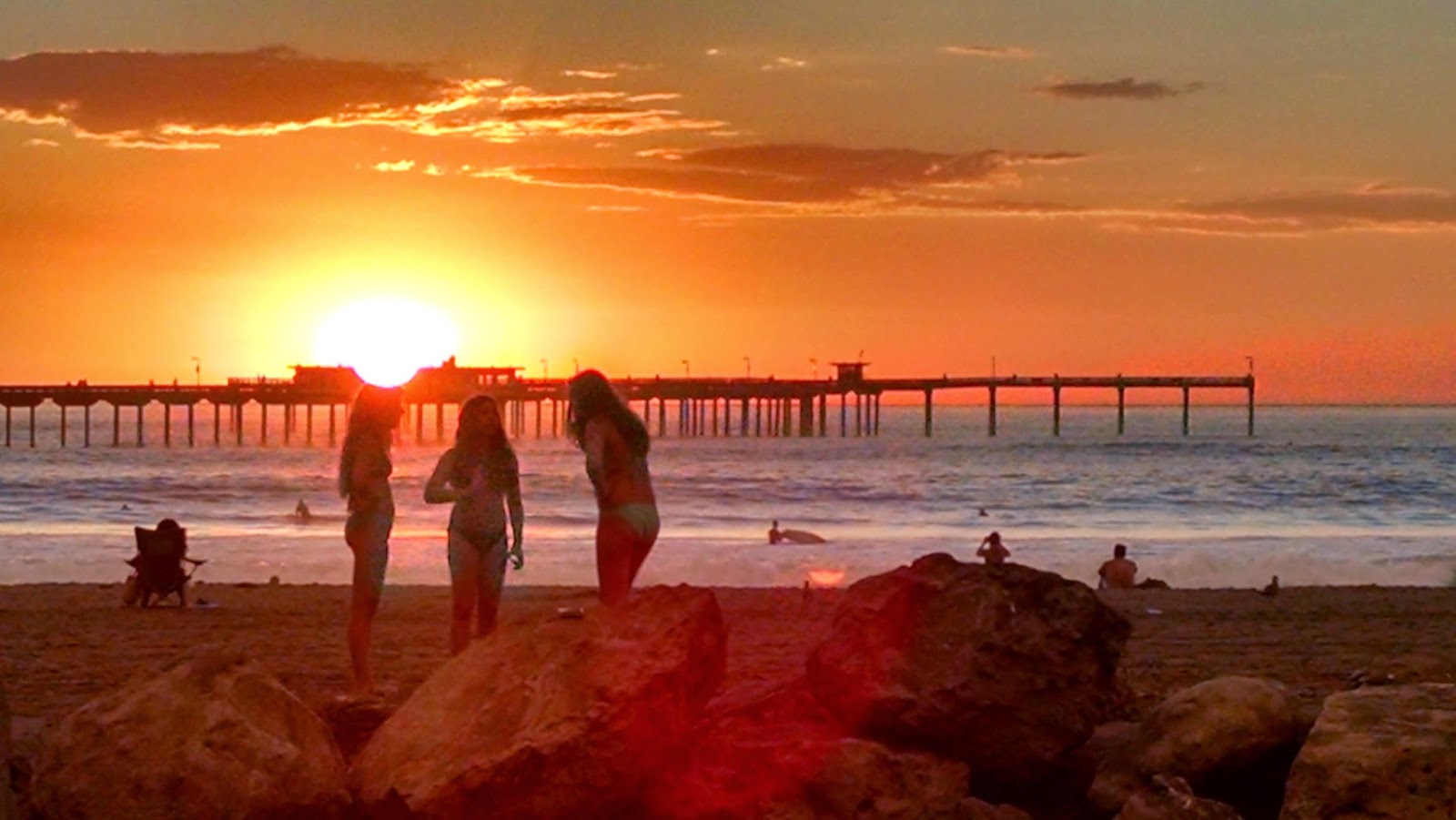 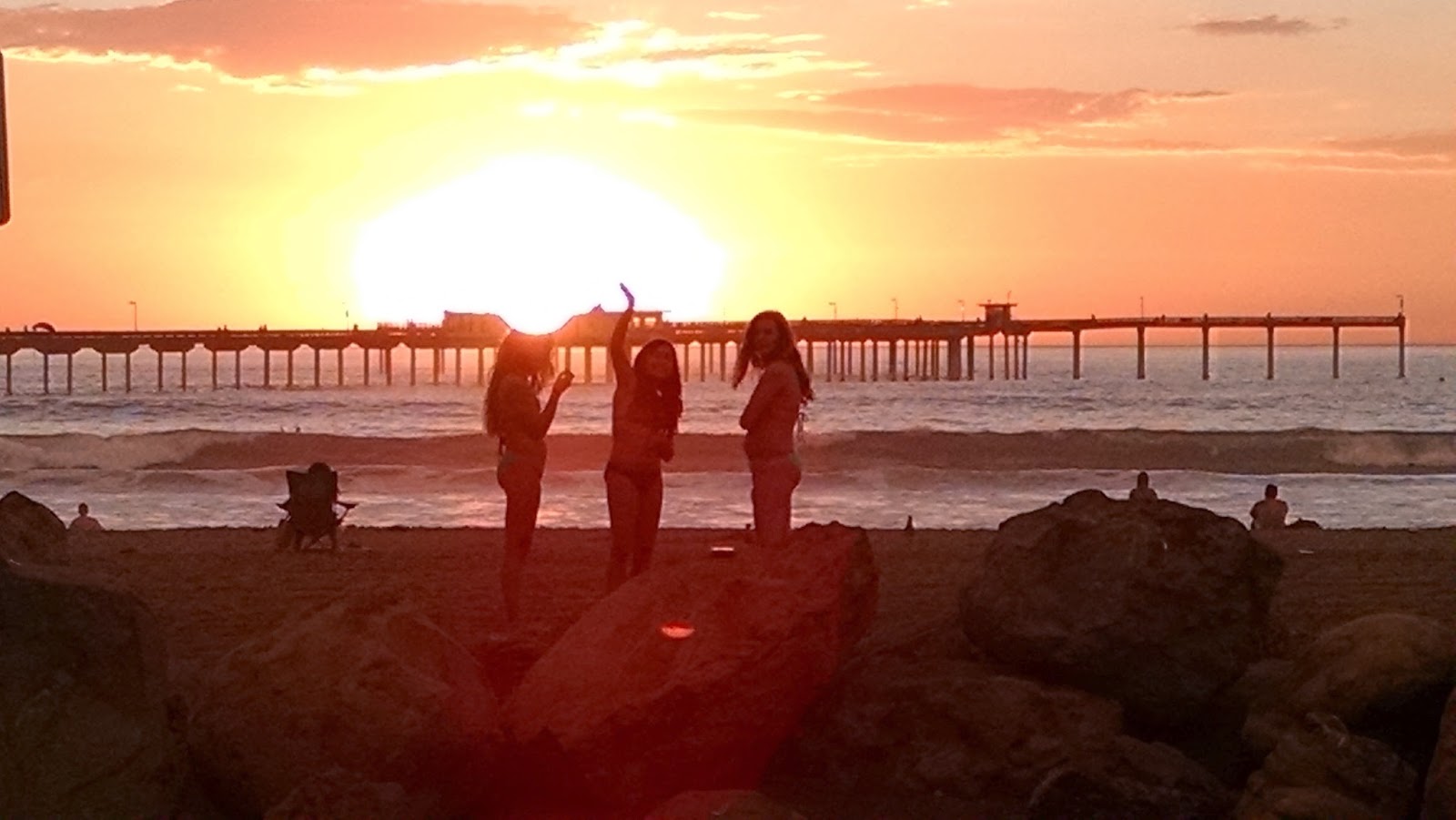 Meanwhile, back at the ranch


We got off pretty easy, lots of folks lost power and lots of trees lost their purchase in this earth. The storm was powerful, and went a long way toward breaking the insufferable heat wave we've been experiencing here where we expect perfection.

Driving to school the next day, we checked out many fallen trees and branches, dodged trash cans askew and murky mini-rivers running down the side of the roads.

It was a different kind of day. We never get any kind of weather here, and I'm glad I had the chance to be out there with the goobers to experience this madness.