If you swim with the sharks...

That's what we learned the day in August that the girls and I swam with whale sharks. Yes, I said sharks. And in addition to their shark-ness, it turns out that they are actually the very largest fishies in the sea!

It was just me and the girls and the panga driver and two guides -- one who stayed in the boat to spot the whale sharks from above, and one who got in the water with us. And when we arrived at the whale shark spot, there was no other boats, or people. Just my family and the sharks....

My older two girls are relatively seasoned snorkelers, so they geared up and jumped right in with those giant fishies. My youngest is still kind-of wee, so we took a bit longer. When we did jump in, it was right next to one of those big boys. She whipped her head back out of that water like she was in a high-speed car accident and screamed loudly. Yeah, it was big, and SO close. She was thoroughly freaked out, so we climbed back up in the boat to take a quick break, and try again later.

The big girls were hanging tough, especially Merrell. She was ahead of the guide half the time. She was intensely focused on those spotted sharks. 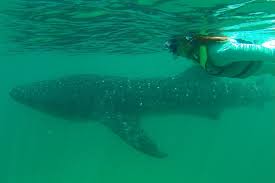 My oldest was not as successful at staying close to the shark. She complained that everything was blurry. I traded out my mask with her, and it suddenly looked more like this: 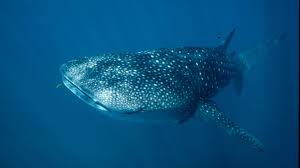 The wee one and I ventured back in a few times, and had success seeing the bad boy up close again. But on try three or four there again came a deafening screech. A bloody-murder, I'm hurt sort-of scream, the one that definitely signals pain; and when you're swimming with sharks? Well, let's just say that it can strike some serious fear into a mother, despite the fact that you know full well that whale sharks are vegetarians.

Turns out she got zapped by jelly fish. So we climbed out again, this time for good. She was not interested in getting back in the water with the giant fish and sneaky jellies, so we busied ourselves watching the older girls take in the beauty of those mighty fish.

Anneke climbed out next, also a victim of the jellies, so we three sat in the panga watching Merrell make every minute in the water with those bad boys count. 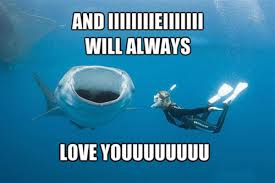 Sometimes you host an art party for one of your oldest, dearest friends.

And sometimes during that art party your husband yells, "Ellie!" in such a way that you stop doing what you're doing, and stop speaking to whom you are speaking, and pay attention to your husband because nobody uses that tone of voice unless they mean business.

And then your husband says, "Close your eyes and come with me" but there are stairs and he says "okay open them halfway for the stairs" and then when you get to the grass he says, "Ready? Open them." 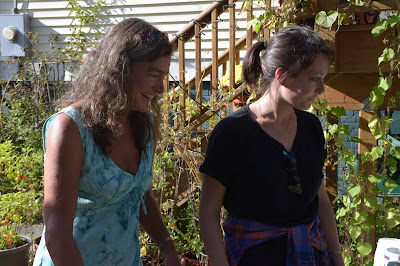 And Colleen is there. 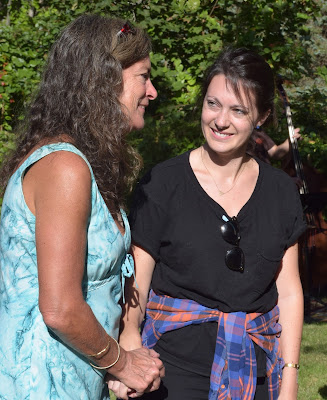 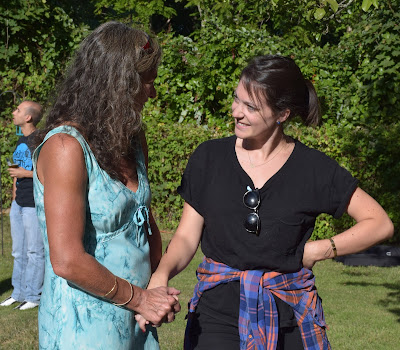 In the flesh. Colleen. She's there. 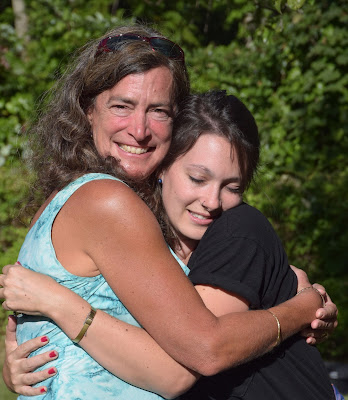 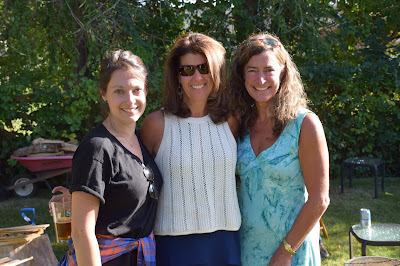 Sometimes Colleenie rents a red Beetle and drives from Providence back to New York to jet her adorable self back to Los Angeles and comes to your art party for five minutes to say hi. And when she does that, she makes your day. And your weekend. And, basically, your life. 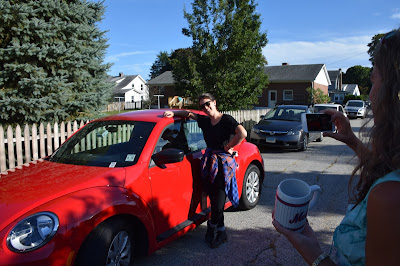 And even though she only has five minutes, and leaves what seems like the second she arrives, she leaves an indelible impact on the evening because you stare in eachothers' eyeballs the entire time she's there and that makes the world a good, good world. 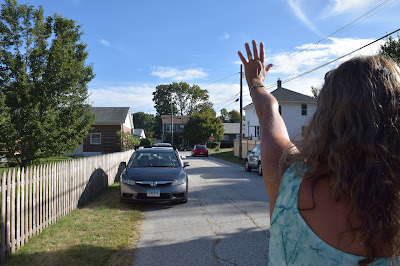 "Good-bye my darlin' girl!" you say, "have fun watching the Full Lunar Eclipse from the airplane!"

When Beth mentioned her plan to photograph every band we saw at Kaaboo, I was on board. We were smug in our assurance of upcoming ace in the hole blog fodder. I was more successful than my adorable blogmate, and while perusing the freshly downloaded onstage moments I captured over the course of this epic 3 day musical feast I can't help but ask myself... why? Why didn't I take more photos of the people I was with, the beauty of the venue, the splendor of the clear blue sky? Sigh. I think Uncle Merv biffed it this time.

But if you think I'm not going to take adantage of ace in the hole blog fodder, you must be new here. The volume rivals Ellie's in terms of photo storage in this post, but I'll limit my commentary to captions as a reward for your patience. Behold, my Kaaboo:

I don't even know, you guys. On Sunday I saw Donavon Frankenreiter, OAR, Brandi Carlile, Michael Franti, Trombone Shorty, 311, Ben Harper, and the Killers. I guess I was done taking photos. 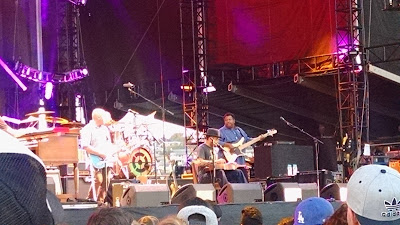 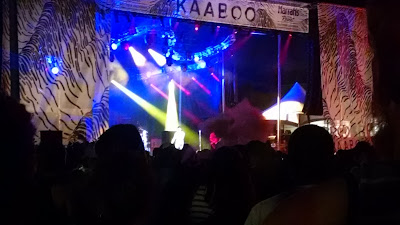 This was a terrible blog post. My deepest apologies, friends. I think I'm still recovering from Kaaboo.
at 5:00 AM 3 comments:

New music festival around these parts. The inaugural weekend was this past weekend. Jacquie and I bought tickets the day they went on sale, and then quickly secured a close-by hotel -- way back in March. We were hoping it would be worth the money, and our weekend time.

I started out taking photos of every band I went to see, of which there were many, many. But I was over that before the sun set on Friday. Sooooo, you're not going to see an amazing, up-close photo of myriad bands.

Nope, instead you're going to see 3 non-band photos, all featuring the very animated, very entertaining, Jacquie.