Today is my youngest daughter's 4th birthday. And although I've been anticipating it (because 3 is not my favorite age to parent!), I still can't believe it.

It doesn't seem like all that long ago that I was spending the summer at UCSD, in an effort to keep us both safe from the "big bleed." But there is no doubting its truth. Today is the day. The day she turns four.

She was at her dad's yesterday and is again today, so I gave her a call this morning to wish her a very happy birthday. She said thanks and then immediately launched into how she didn't want to go to school today. It was her birthday. Did she have to go?

I pow-wowed with her dad, not knowing if he already made a deal with her one way or the other.

Between the two of us, we tried to figure out why she didn't want to go. Didn't she want the special popsicles that they give out on birthday days? (She loves those!)

I next asked about the photos. Didn't she want to show her classmates the photos from when she was a baby, and through the years?

Well, yes. Yes she did! The prospect of showing her peeps photos of her short life flipped it around. She was going to school!

I promised to show up at 3 pm with a photos, which, of course, I did.

It was interesting to watch her take them from me right away, and get a bit impatient to show them to everyone. She endured the requisite songs prior to her special show and tell, but it wasn't easy. She mostly kept her head down staring intently at her own darling face.

When her teacher gave her the go ahead to share them, she passed them each around, in turn, very slowly, letting each classmate (which this afternoon happened to be all boys) take a good look.

She was enthralled, and the boys were really quite interested too.

You see, she can still see what we tend to lose as we grow up and become self conscious, and oftentimes self-critical. She still sees her perfection. Her pure loveliness. She loves herself unconditionally. There is no judgement. She doesn't care that her nose is on the biggish side. It doesn't matter. It's part of her, and she is perfect. Just the way she is.

She loves those photos of her radiant self so much wants to share them with the world. She wants to spread the love so intensely that it motivated her to go to school.

Total self acceptance -- when do we lose that?

It's probably not much older than 4 years old.

We then spend the rest of our lives trying to get it back. 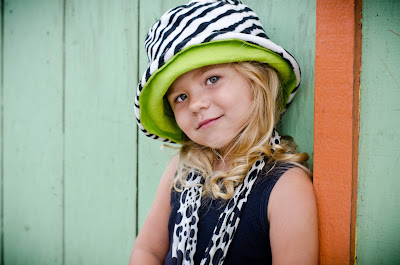 She's adorable, Beth. She *is* perfect. And purely lovely. And radiant. And I love her motivation!

Happy Birthday to the gorgeous girly! Love this post - and she really is perfect.

She is beyond awesome, happy birthday little C!