It Takes a Village

Right around this time last year, I ran into a friend at Costco who was on the hunt for gingerbread house kits. I jumped right on the bandwagon and followed him over to the presumed aisle, which we were chagrined to find empty. No big deal, I carried on with my quest for whatever other nonsense had brought me in on that day (bet you $5 it was wine, dog food, grape tomatoes, Kalamata olives, and rotisserie chicken because ALWAYS), but the seed was planted. I found one somewhere later that day, figuring it didn’t matter if it was a good kit or a bad kit, a big kit or a small kit; it’s gingerbread and therefore gross, but candy and frosting are fun. The kids made their house last year and I remember it being vaguely fun, I wasn’t really involved other than to clear off the table before and after, and take photos.

Flash forward to this week, when I found myself perusing the holiday aisles of Target for work festivity related necessities, when I came upon this year’s selection of gingerbread house kits. There were three options: a single house kit, a set of two houses, and a village with four houses. The choice was easy! I’m all about the family activities these days. A village. How perfect! A house for everyone and everyone in her or his house. fun!

Some of us read through the instructions and carefully prepared each piece for construction, then counted out candy so everyone had the same amount, and suggested time limits on use of the single bag of frosting. 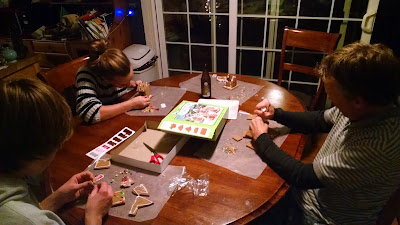 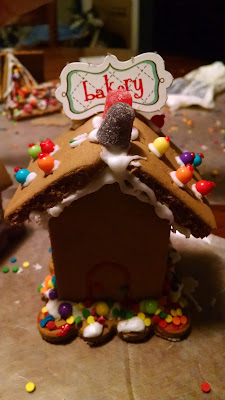 Some of us dove right in, solving problems as they arose, making creative use of available resources. 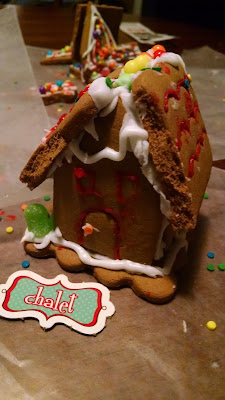 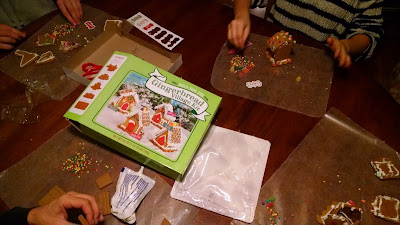 Some of us missed the whole introduction because of Monday Night Football, and had their candy ration pillaged. 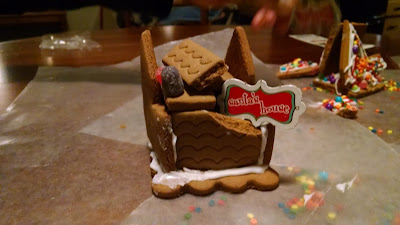 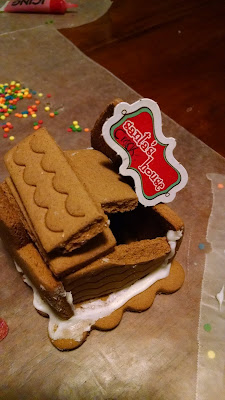 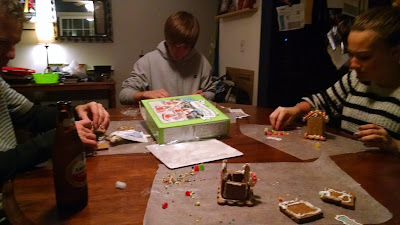 Some of us ate as we worked, taking equal inspiration from surrealism and sugar. 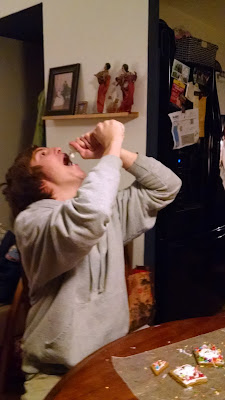 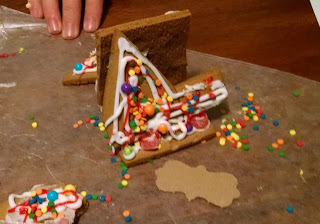 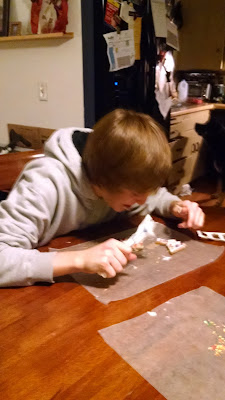 The bickering started out lighthearted; some people were having trouble sharing such limited resources and waiting for turns. There were accusations and name calling, reputations were called into question, voices were raised. 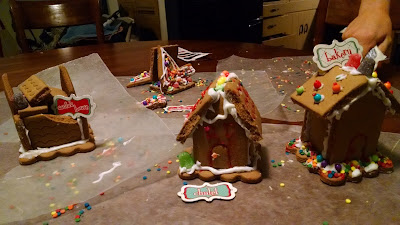 When we finally finished and I was scooping up sprinkles and scraping frosting from every imagineable surface, I felt grumpy about how everything ends up in a fight now, and how frustrating it is to try and plan even the briefest family activities when the inevitable mark of their ending is each of us going to our separate corners with slanderous thoughts about the others. Then one kid said to the other: “these are hilarious.” And the other said: “yeah, that was fun, thanks mom.” Then they walked off together.

No one was mad, no one was even annoyed past the point where the next sentence started. I forget sometimes about how different teenagers are from the people I used to know. I've got to remember that they are more like the people I used to BE. Yikes.It was a good reminder to re-assess and re-calibrate my definition of quality family time. 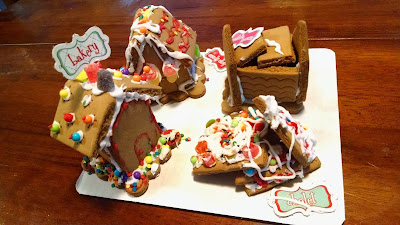 It's a dysFUNctional village, but it's our village, after all.

OMG I LOVE this. Every bit of it. The hilarious disparity of house, um, decor? The realization that they, in fact, loved it despite the regular teenage antics. Great job, Jacq, on the idea, the execution and the fabulous blog!

I live in a teenage centric village and it looks just like yours...one day we'll be bored in the well laid out retirement gingerbread village.
Merry Christmas!

So funny, Jacquie. Love it. You are a true sport for even imaging it, no less doing it! Bravo. Santa's house is hilarious, as is the frosted lean-two. I can' figure out if the bakery is your or Clara's.....

Love, love, love that your teens loved it. They are a special breed. dysFUNctional is fun!

Love it Jacquie, um, thank the Lord gingerbread houses weren't on our "have to do" list...... love you.... mom

That is the best village *ever*. Who puts the fun in dysfunction? You, that's who!

Love it deeply, and Mr. Can's Santa's Crack House is maybe the most awesome thing I've ever seen.

May I quote my sister Jane?

"Great job, Jacq, on the idea, the execution and the fabulous blog!"

One for the ages, sister-friend.