Okay, I may not be a spiritual warrior per se, but I am to some degree a seeker. I want to know how to better live life, how to increase my happiness, how to tap into my higher self, my source, my soul, if you will.

There are many roads. And many teachers. 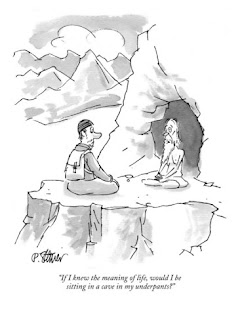 My childhood introduced me to the Catholic Church. I can't deny that I learned various good lessons there, but it did not resonate with me, and I never was confirmed or joined the church. For a brief period I found myself and very young children attending the Episcopal church near my house, but in all honesty, I was smitten with the few hours of free childcare each Sunday morning provided, and with the camaraderie of the few other families in the congregation with young children. My attendance also propelled me to the top of the list for the co-op preschool that operated on the premises. Basically, I was a poacher who stopped attending as soon as my neediness subsided. My children were never baptized there, nor anywhere else, which is perfectly fine with me.

The Jesus I know does not require baptism in exchange for his love and acceptance. 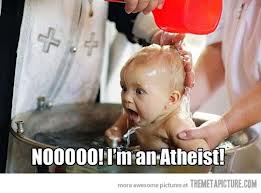 Although, truth be told, Jesus and I are not that tight. I have a stronger bond with his mother, especially his brown mother, Guadalupe. She's dope.

But actually I find myself identifying more with eastern ideas that come from Buddhism and Hinduism, as well and from various other ancient religions. 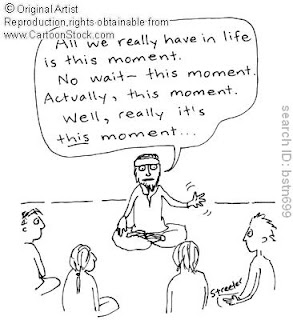 Saturday night I went to brush up on my Toltec wisdom. I went to hear Miguel Ruiz Sr. and Miguel Ruiz Jr. speak here in San Diego. Not familiar with those names? Ever hear of "The Four Agreements"? It was a book written by "Don" Miguel Ruiz Sr that was published in 1997 that sold more than 4 million copies. It remained on the New York Times bestseller for over seven years.

I just saw it referred to as a "neoshamanistic text," which I guess rings true, but makes it sound so mysterious, almost sinister.

To some degree this is apt, as Don Miguel starts off the book letting us know we're all parasites, well our minds are anyway -- a bit of an off-putting image, but if you stick with him, he starts making sense pretty quickly. He takes ancient Toltec wisdom combined with modern insights and distills it down for you. The four agreements are:

Yeah, not really. Excruciatingly hard, but who said self enlightenment was going to be easy right? 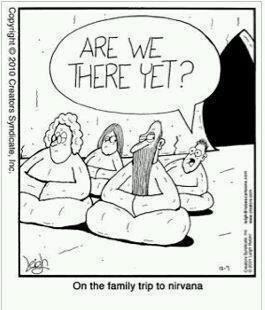 Saturday night's talk was promoting Miguel Ruiz Jr's new book, "The Five Levels of Attachment," also deceptively simple and thought provoking; it moves on from "The Four Agreements" and explores the ways in which we attach ourselves inappropriately to beliefs and so called "knowledge," and how this leads to suffering. 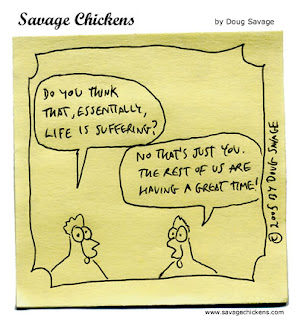 A lot what he said rang true, and I'm sure I'll pick up the book. As I said at the outset of this post, I'm nothing if not a yoga-practicing, mantra-chanting, mudra-making new age urban guru  open to new ideas. 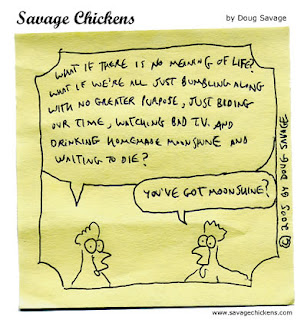 I love the second of the four agreements.: I am immune to the opinion of others. Now when I am in the grocery store and suddenly realize I didn't even comb my hair that morning, I won't have to worry
Love, Mom

I could use a little more seeking myself. Except I take everything personally. Especially when imbibing in moonshine.......

Love it, Beth. Lots to learn out there...

I love those four agreements so very much. I am going to try harder to embrace those principles.

One recommendation I would make for the seeker is anything by Annie Lamott! Traveling Mercies is one of my faves! She is hysterical and gives a really good perspective on faith. Great read today!

I love Ann Lamott! And that particular title is one of my very favorites too, Noelle. She is a treat!!