Holy Moses do Mistah and I have an awesome book club. We had our second meeting on Wednesday night. Two for two, baby.

And no, we are not accepting new members. 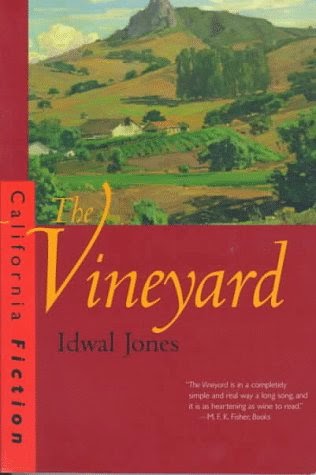 We read The Vineyard by Idwal Jones, written in 1942, about wine growers -- the Regolas of Montino -- in California's Napa Valley in the 20's. It's one of the University of California Press' "California Fiction" titles.

And oh that title.

Mistah's Dad, Bill Sr. as we called him (although Mistah is not a Junior, but that's a story for a different day), when he dropped something behind the couch, or over the railing, or between the cracks, or behind the dresser, would say it went "down the vineyard." 'Course, in his Bed-Stuy Irish-American-Brooklyn accent, he pronounced it "down the vinyin."

I've never called it anything but The Vinyin, ever since.

And neither, I'm proud to report, have Jacquie's kids.

So! The Vinyin. Napa Valley in the 1920s. Growing grapes on vines for the rest of us to drink, years later, as gorgeous wine. "Drinking summer" as one character described it.

Mistah declared it his duty to go out and buy us Napa Valley Chardonnay, to drink whilst discussing The Vinyin. And buy them he did.

Me, I bought us a trio of California cheeses: Point Reyes Toma, Vella Dry Jack from Sonoma, and Cypress Grove Humbolt Fog.

Our book club is single-handedly keeping the economies of New London and Waterford afloat. 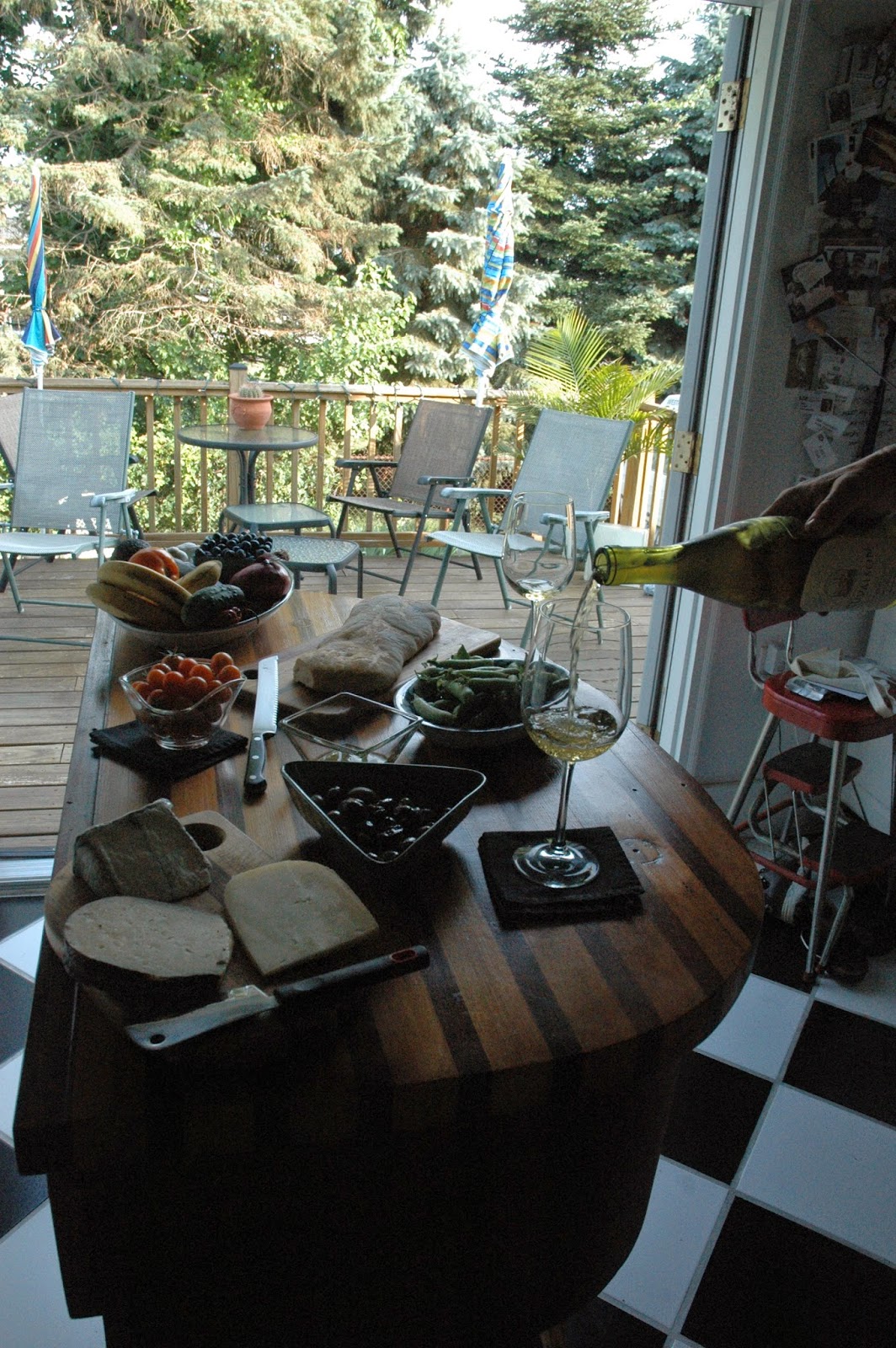 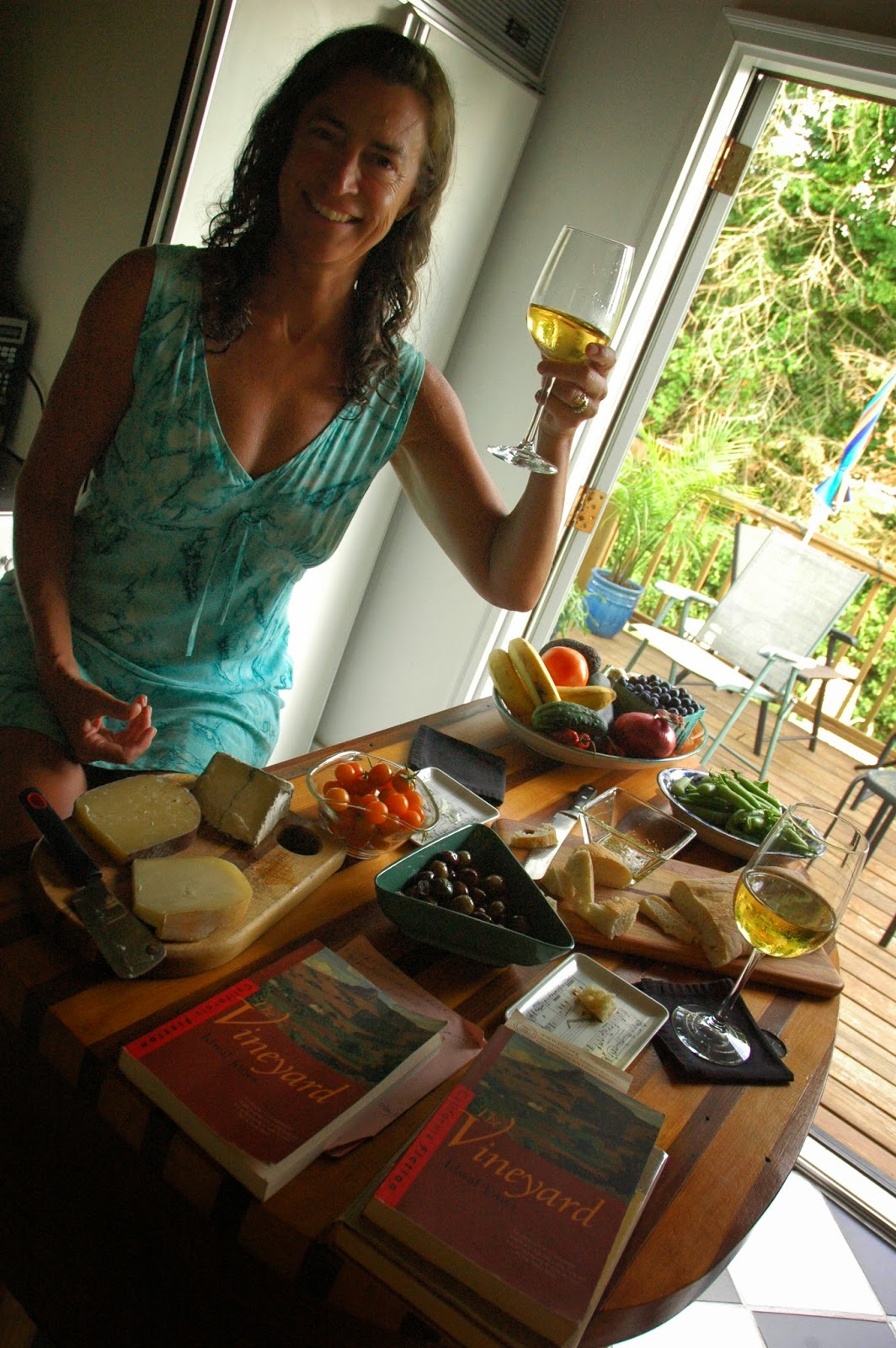 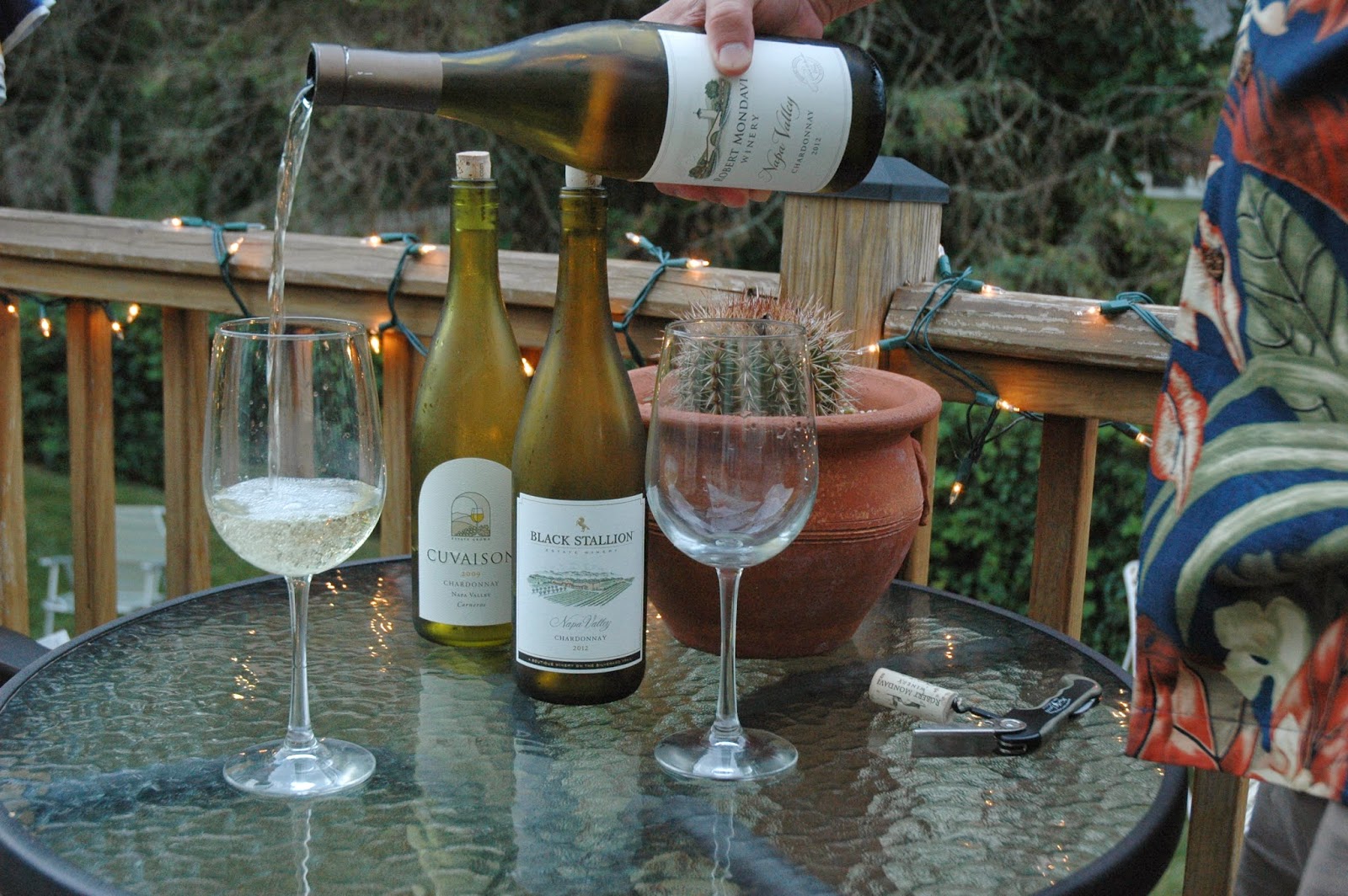 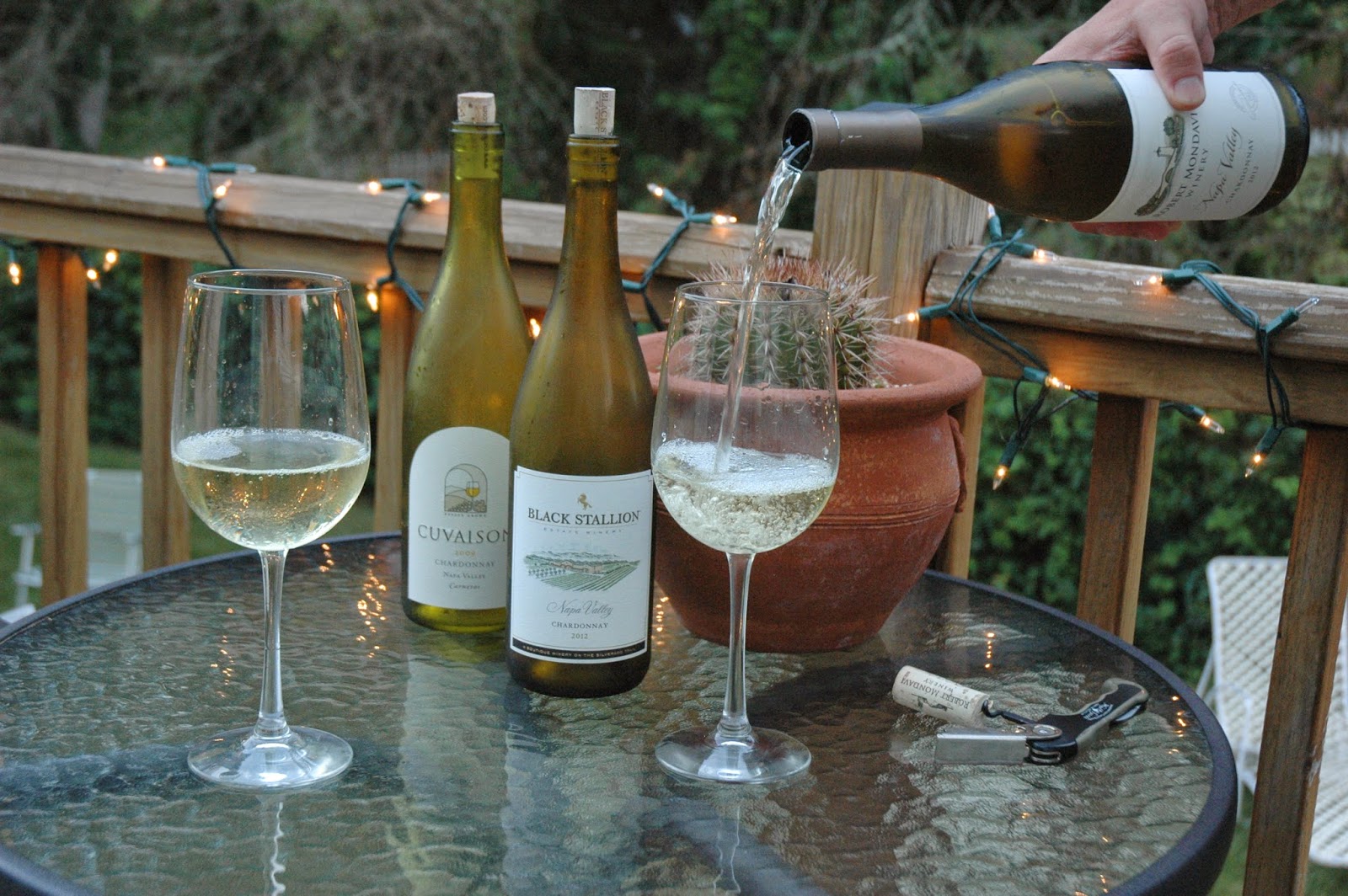 . . . and we kept pouring that delicious Napa Valley Chardonnay. 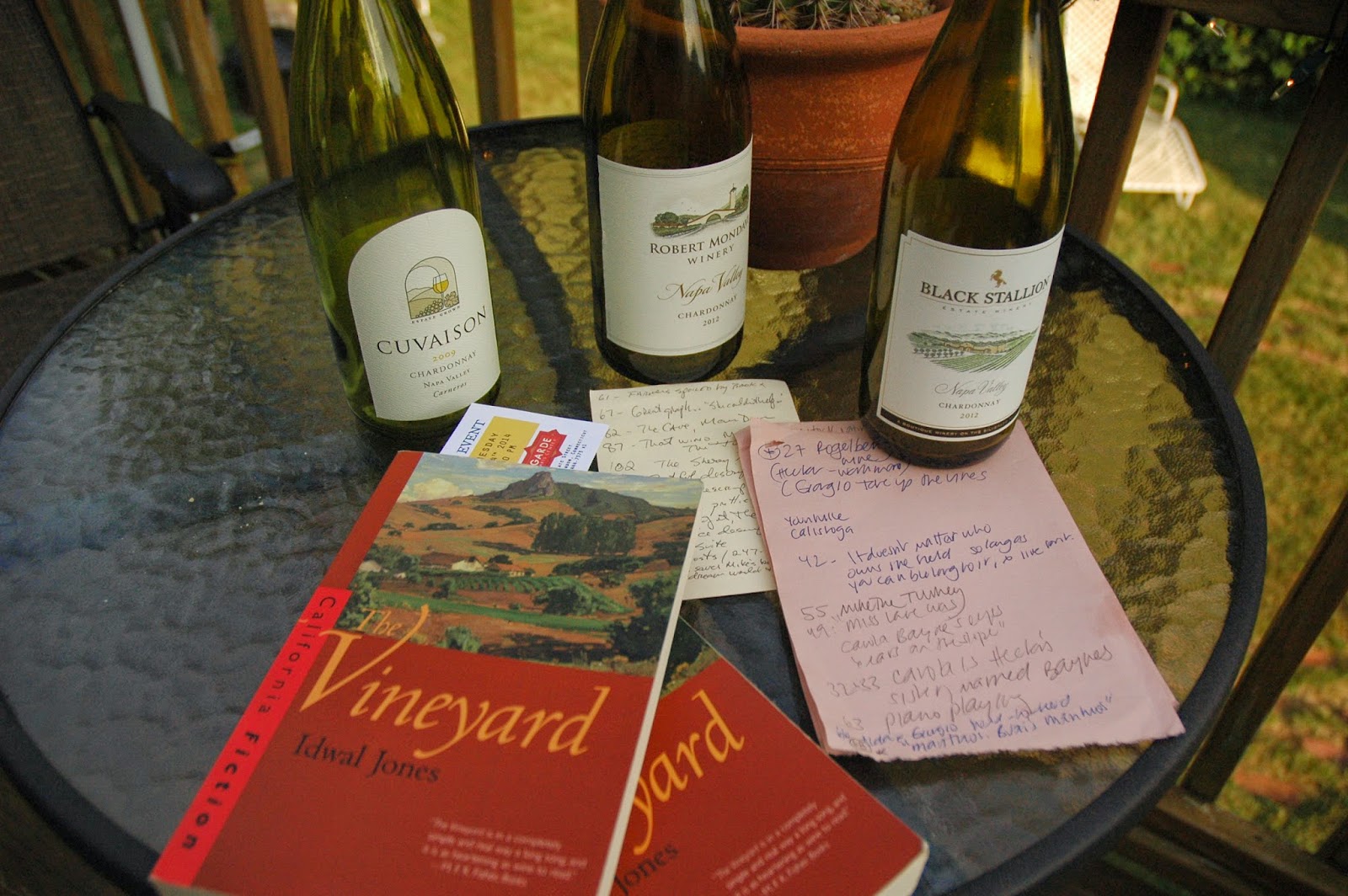 The book, the evening, the company, the wine. It was fabulous. 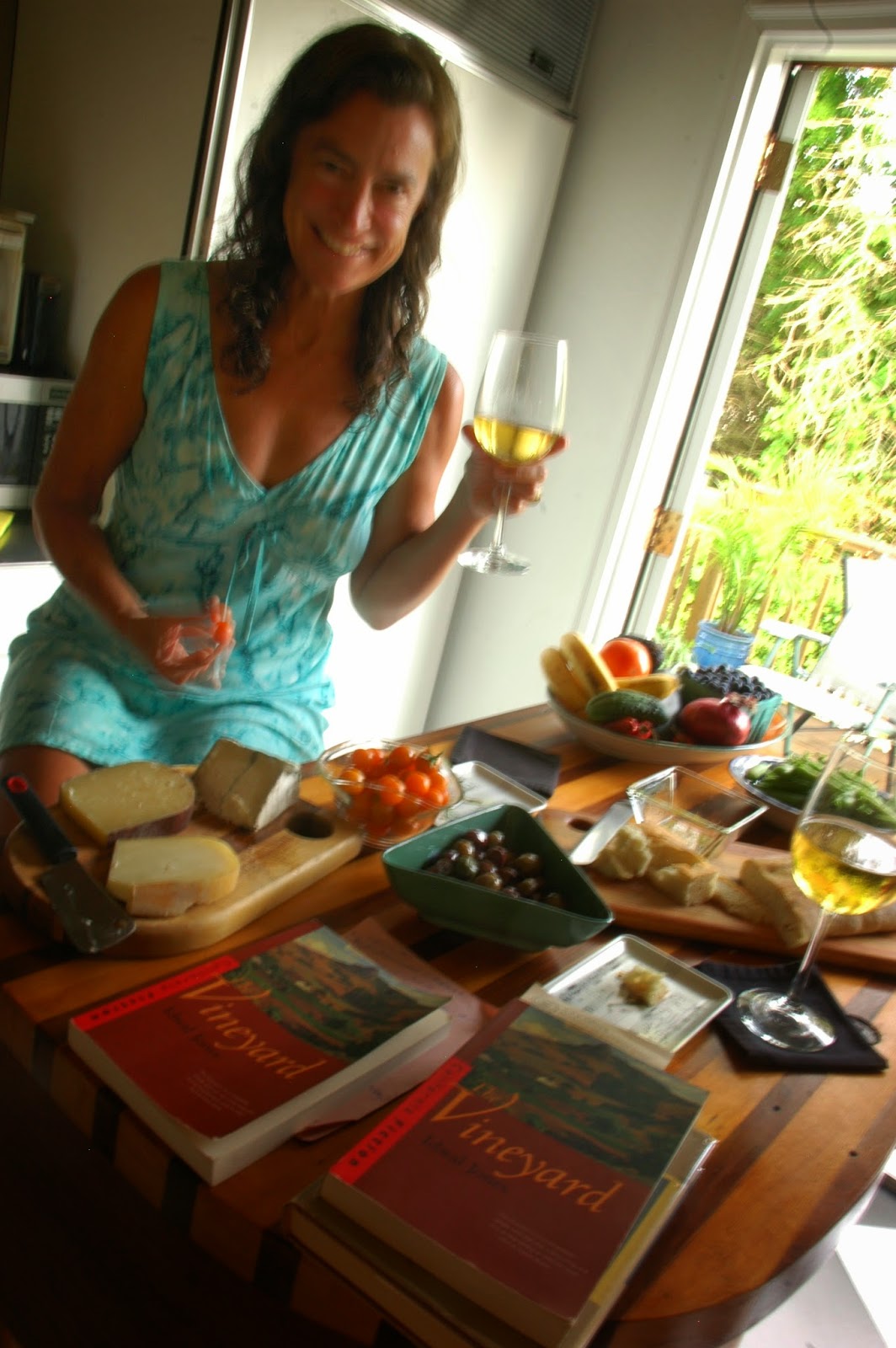 Vinyin is one of the words that my girl was pissed off to learn, the awkward way, is not in fact a word.

You have a funny book club.

But I get it. No way you could improve upon your book club, so best just to leave it alone.

I love your bookclub, and you both take notes! beautiful..... xoxo mom