Ever tried one? It's not for everyone. I think both my mom and my oldest daughter would find it rather tortuous, although for different reasons. But I recommend trying it out.

This being my first time, the woman at the desk showed me the three available tanks. There were two models to choose from, this type: 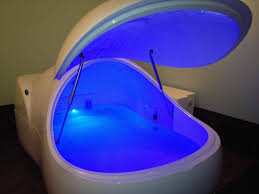 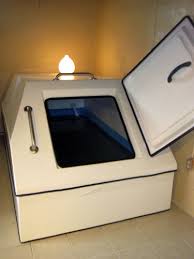 I opted for the latter, the more tank-like tank. I'm not entirely sure why. I guess because it looked more bad ass, or secure, or solid or something. Something about it felt more right.

After some explanation from the float tank person, which included the recommendation of using ear plugs, and a slightly terrifying explanation about how if I didn't opt to wear them (because I really don't like them), that the crazy amount of salt in the tank's water would seep into my ear and would potentialy harden and crystallize.

I opted for the earplugs.

The talk also included instructions on why it was smart to keep the spray bottle of fresh water and the washcloth very close to the tank, so you could open up and rinse off your salty eyeballs if need be.

She also said some shit similar to this: 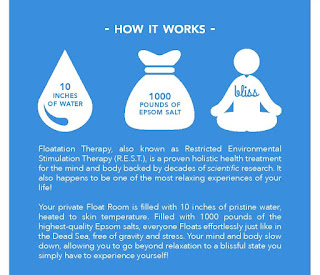 I listened carefully and when she was done, I was more than ready to get the salty eyeball, hardened ear canal bliss show on the road!

There was music playing for the first few minutes, then it faded away and I was on my own, totally bouyant, in a black, still, closed container of incredibly salty water.

At first there was some feeling it out, some moving around, some getting used to my new environment. 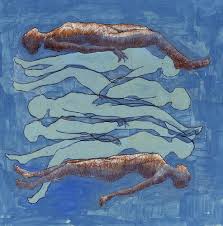 But after a few minutes, I was all like this: 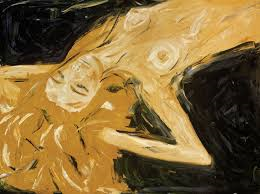 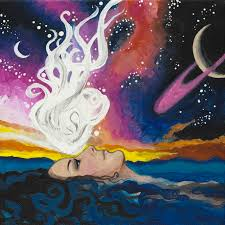 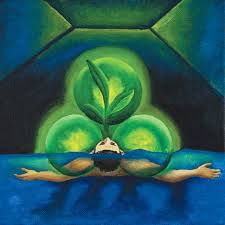 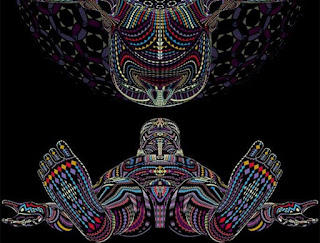 Awesome! Really, really relaxing and great, and total black, and quiet, and formless, and floaty, and super still, and Shiva-like.

But later on I had some technical difficulties with the dratted earplugs. Water was dripping in. So I proceeded to adjust them. While trying to fix them I managed to drip water here, and there.

Although I most certainly did not want to spoil the serenity, the burn was not dissipating.  My eyes were on fire. After minutes of trying to tough it out, there was only one thing left to do -- open the tank to grab the intentionally placed spray bottle and wash cloth to find some relief.

There was a handle on the tank hatch, and I understood conceptually how to push it open to eyeball relief.

I would push with my arm, and my body would shoot forward through the salty water. I seemed slippery. And slick. And incredibly wimpy.

I had visions of helpers coming to my rescue, fixing my eye, and tucking me back in: 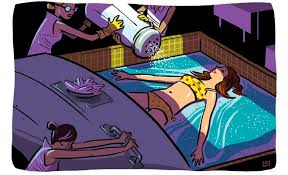 But no one came.

I had to push that motherfucker open myself, slick and slippery be dammed.


Because I managed to write this post today, you know the end of the story...I was eventually successful at muscling the hatch open. I did not need a rescue team. I rinsed eyeballs and readjusted ear plugs and returned back to my watery cocoon, although never to the bliss level I experienced pre-technical difficulties.

But it was all worth it, because I totally know what to do differently next time. 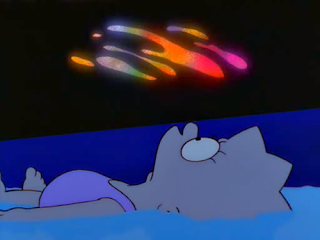 Sounds like a nightmare to me--a bad one.
Glad you enjoyed it.
Love, Mom

Oh my God. Reading that gave me spectacular anxiety. I would never do that. nevernevernevernevernever. I like the idea of it and understand the appeal, I do. But it would have to be an open space with sky above me.

Good for you though, girl!

How cool!~ I mean, I get Pat and Jacquie's responses, but I would love that, I would. I would not love having to spray water into my eyeballs because of technical difficulties, but I think I would love it.......

Or maybe I would just love floating in the salt water of the ocean?

Love you; love your quest.

Thus, be certain that you go in the tank empty. If you want to get more interesting details about sensory deprivation tank, visit this site right here.