My middle girl passed the raft test! She did.
.
Now, that might not seem like a big deal to you. In fact you probably have no idea what I'm even referring to, but believe me, it's a big deal from where I come from. It's a right of passage.
.
I grew up in small, lovely village on the shore of Cayuga Lake in New York State, where the pace of life is slow, and summer for children means one thing (mostly): the College Dock.
.
When that noon whistle blows, all the kids know that the Dock is open, manned with lifeguards from that moment until 6 pm.
.
The swimming area to the left of the beautiful, old boathouse is roped off into three sections, the shallow area, medium area, and the deep end. At the southwest-most corner of the deep end is the raft. The raft that only adults and kids who've passed the raft test can swim out to. 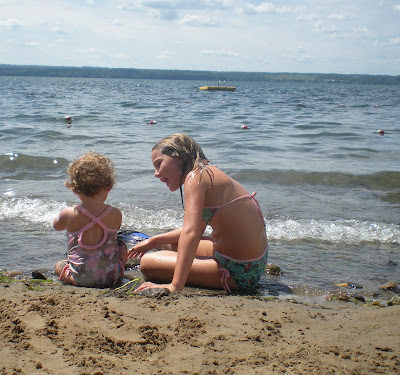 See it way out there?

Well the last time we visited my hometown, my oldest was 6 going on 7, and my middle, just 4. 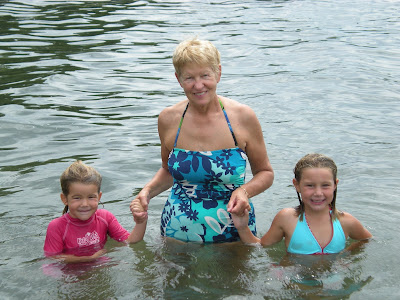 My oldest is a good swimmer. At that age she'd had lessons once a week from April through September for years. She really wanted to get to that raft. She took the test, and viola: 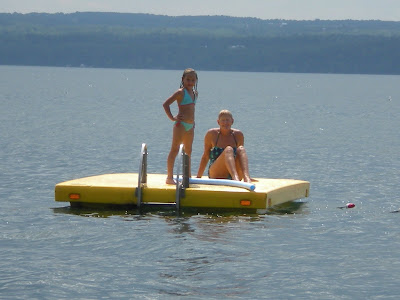 Can't you almost feel her pride?

But when my middle announced that she, who had just turned 6 last month, and has not had nearly the amount of swim lessons as my eldest, was determined to pass the raft test, well, I felt somewhat anxious. I mean, if she failed it would certainly not be the end of the world. But as a parent you can't help but want your kids to succeed. I did not want to see her practice only to be told that she had to stay in the middle section for one more summer.

But practice she did, and take the test she did. She managed to swim to the rope and back the required 2 times, then to tread water for the requisite 1 minute 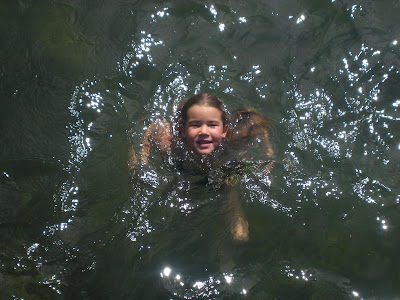 And to everyone's utter delight she passed.

Now we just need to get this one out of the dirt and onto the raft. 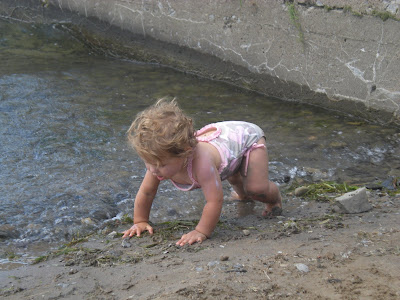 For five months every year, the lake is my life...aren't I blessed?
Miss you all so much!
Love, Nonnie

p.s. please kiss the girls for me.

Bravo! I am so impressed!
I recommend keeping the little one in the dirt a little longer :)
And Nonnie looks fantastic...must be the 5 months on that lake each year!
xo

Well, go girlfriend! Great photos, and great accomplishment. My girl passed a swim test to go off a high dive the other day, so I sure do understand where you're coming from in wanting them to succeed!

Talk about an, ahem, Rite of Passage.

Please, please keep your baby girl in the dirt. I won't be able to cope any other way.