The opportunity to take this trip had been in the works for years, with a false start the first time due to my generally unstable home/work/life situation.  When the announcement rolled around for 2017, I felt like things were harmonious enough in most areas, so I jumped on it. I booked the work park and as soon as the deadline to cancel had passed, the shit hit the fan at work. Nevertheless, I persisted. The deadline had passed! We are not barbarians.

I agonized over the travel planning. I wanted to add time on one or both ends of this work opportunity to explore the parts of the world that I’ve only ever glimpsed. I penciled myself out for the week before and after, and had fun playing around with ideas for where I would go while over there way far away. Then I accidentally went to Hawaii. Twice. And people in my life seemed suddenly less enthusiastic about the idea of me being gone for 3 weeks on the cusp of summer.
Whatever. I shortened the span, and set about booking.

It all boiled down to good travel options. I wanted to fly direct for the long haul, then spend a night or two somewhere cool and book an easy flight into Scotland to be whisked into the organized arms of the study tour team.  I asked for suggestions and narrowed down my options based on flights, cost, and cities where fun could be had within a million miles of their international airports. The top contenders were Amsterdam, Dublin, London, and Keflavik. I eliminated Amsterdam and Dublin pretty quickly because the flights were sucky and complicated. I decided on London about 50 times because I could fly direct there from San Diego and I have family there who were willing to show me the town! But then when I went to book the flights, it looked great getting there with an overnight stay, but I would have a really chopped up journey home that would add a whole extra day to my itinerary. Keflavik was a ridiculous option because I would have to get myself to and from LA before the 9 hour flights, and although the fare was dirt cheap, it was on WOW airlines which sounded terrifying. Plus, Iceland? Ice Land? Come on.  So I booked it.

I reserved a hotel room based on some random person’s comprehensive trip advisor review, and slowly built in the details for getting around the Ice Land. It was really easy, those peeps are primed and ready for visitors. I even finalized the details of my last night in Scotland and had everything nicely organized in a green file folder, so I was clearly ready to go. There was just one thing – getting to LAX on a Friday afternoon. I had already worked out the return, I’d be getting in at 8pm after a full 24 hours of travel, so I hired a guy to walk right into the airport with my name on a sign and carry me to my door. But how to get to LA?

I left it open til the last minute, it’s not that far and I had the whole day off, maybe someone would want to drive me! Surprise. No one did. I sucked it up and booked a trip on good ol’ Amtrak. The train to the bus to the plane to the Iceland. I left myself an absurdly large window for inevitable mishaps and delays. I was mostly worried about the bus because although the distance from union station to LAX is only 20 miles, I’d be traversing it at 5pm on a Friday like a moron.  I booked myself on the 1:30 train and figured the 4:20 arrival would give me an even wider margin of error to ensure that I would be the first geek in line at the WOW gate when it opened the recommended 3 hours prior to departure.

And right on schedule, I set off. I was nervous and excited and all of the things.


So there I was, prompt and prepped, waiting on the platform for my train.

There was a block of time when I refused communication with anyone who didn't work for Amtrak. I was too stressed to discuss the delay, and certainly in no condition to open up and share my feelings when I learned that the train was, in fact, not coming.

I started to think about a plan B, while I watched with my own two eyes as the traffic on northbound 5 began its inevitable slowing on a Friday afternoon at 2. Also at 3.

Eventually, the next train came. I found a seat and enlisted some poor dumb bastard to hoist that atrocious bag into the luggage bin. I didn't know how I would be expected to get it down when/if we ever got to LA, but I figured gravity and the gods would be helpful. The train took ages. We had to keep pulling over - is that what trains do when they stop to let other, more prompt trains pass? As we entered downtown, I frantically continued obsessing over my best shot at a quick trip to the airport. Should I uber or run to the flybus? Considering traffic and reviews and express bus-only carpool lanes, I opted for the bus. I dragged that atrocious bag down 2 flights then back up 2 flights to street level, and ran for it.

When I arrived with my phone outstretched to show my purchased bus ticket, the guy loading bags told me to get in the ticket line. I possibly screeched a little about this in my effort to relay the critical information that I had, in fact, already purchased said ticket. He persisted in his insistence that I go to the line for some sort of verification. I did so, then came back to try and get on his good side so he'd put my atrocious bag on board and drive me really fast to the airport. He suggested that I - and I quote - "STOP FREAKING OUT."


I got through check in and security and thought it would be fine that I didn't have time to eat, even on a budget airline that wouldn't provide food. I had nuts and berries and a full water bottle and was determined to sleep through the flight anyway. I rushed straight to the gate 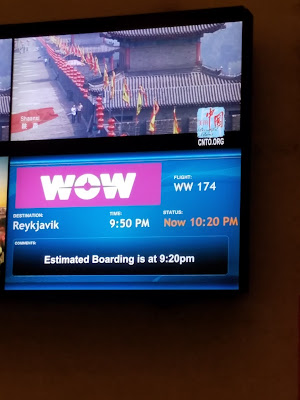 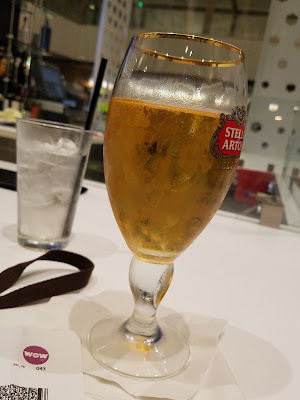 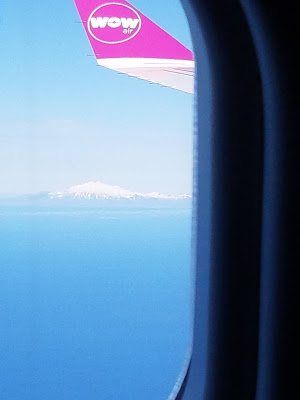 I'm so glad to see WOW in this post as I have just booked my flight to see my girl in France while she studies there this summer. I was a bit apprehensive but it was by far the cheapest...please say the next post will rave about the flight experience!

No complaints here, it was totally fine. Just know what you've agreed to! You'll pay for everything you carry on, and everything you eat or drink including water. You can rent their ipads with shitty old content, but there is power in every row to charge your own, so download in advance and enjoy the cheap ride! People are friendly and I had zero problems. Have a great trip!

Love this post. Love your writing!
I cannot wait for the next installment.

Wow. Just . . . wow. I've now gone through this experience twice with you, and the second time was just as nerve-wracking as the first. But at least you had a good philosopher, er, bus driver, to calm your nerves. I wish we had all had him around that day when we were following your every mile to LA . . .

And it was nice of them to delay the plane for you, so you could have a soothing Stella.

And the money shot?