And then I discovered Waterford, CT.

More specifically, a tiny corner of Waterford, CT I'd never discovered before.

My neighbor Ron calls Waterford the most boring town in America, and I always concurred. Until now. 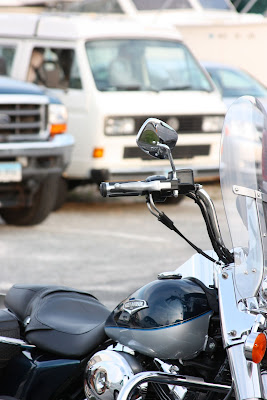 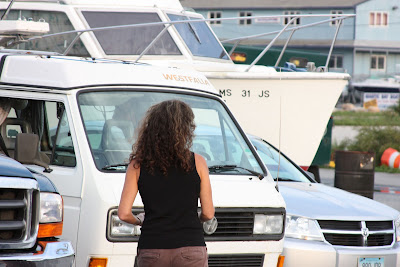 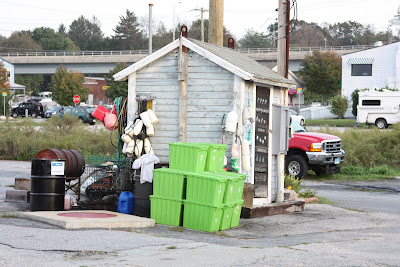 . . . and thought hmmmmmm, maybe we'd made a wrong turn and arrived in the Keys afterall. 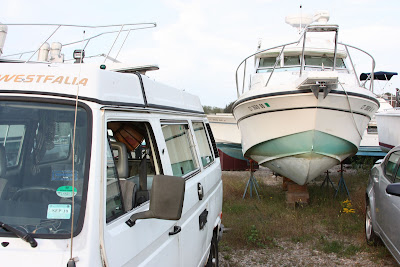 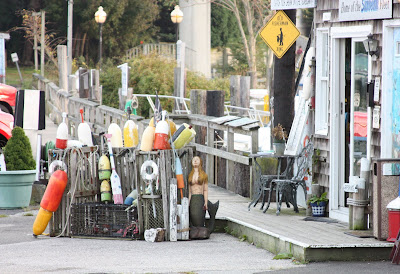 We thought we'd hit Keys nirvana in the parking lot . . . 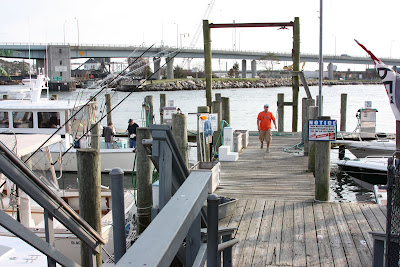 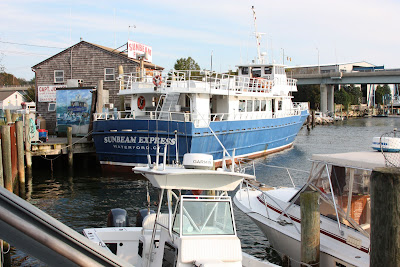 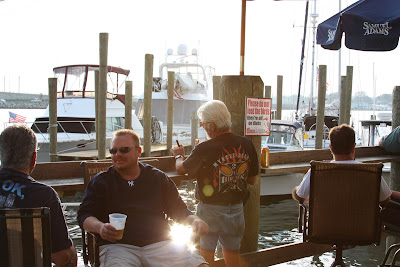 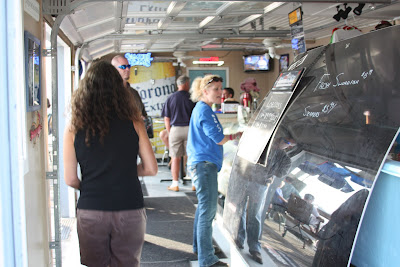 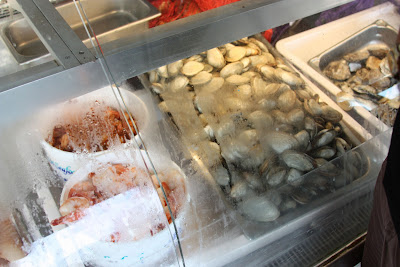 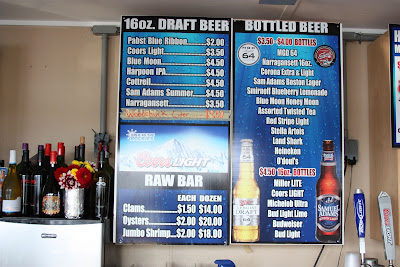 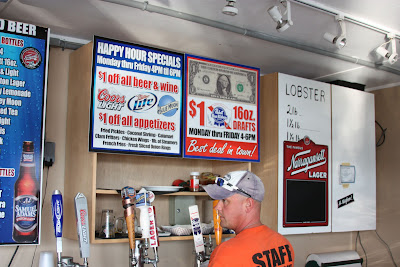 Beer on tap, even. Wait, let's take a closer look at that sign, shall we? 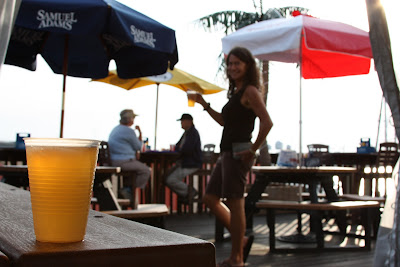 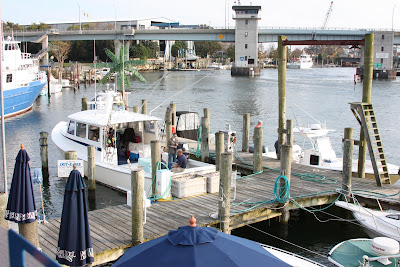 And then? Well, up on the upper deck, with said dollar PBRs in hand, it's even more like the Keys. US-1 running over the water . . . 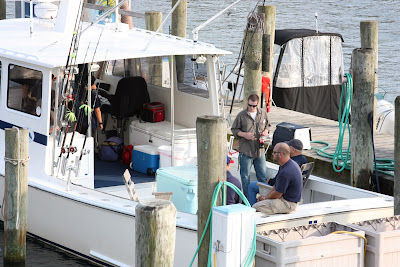 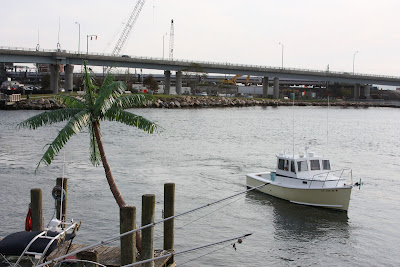 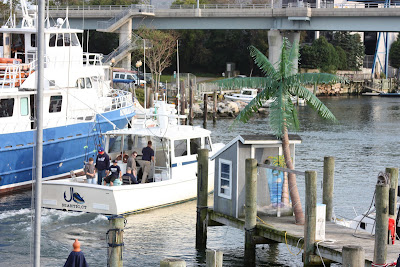 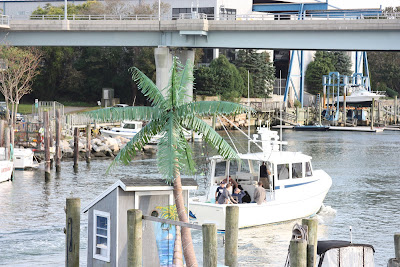 It's the Connecticut Keys!

Oh, we had ourselves such a Time in the Connecticut Keys: 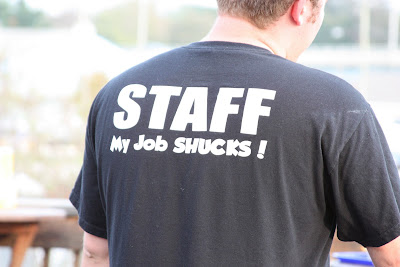 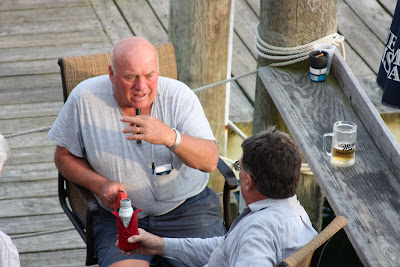 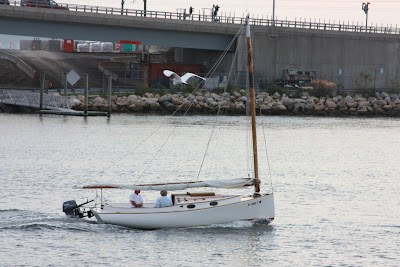 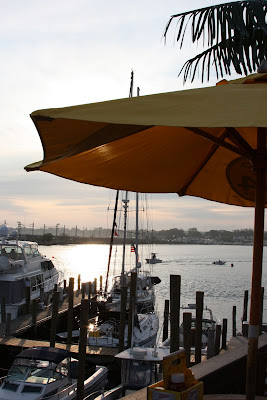 But, you ask, what about the end of the day? What about those singular and spectacular Florida Keys sunsets? 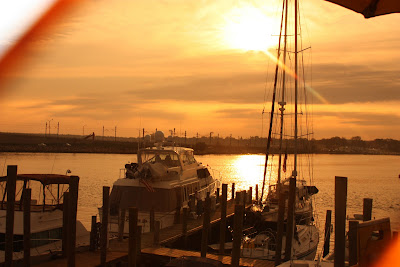 Well, that's what Mistah's sunglasses are for.
at 5:00 AM

I love it! Now I want raw bar seafood and dollar PBRs for breakfast. I'll look forward to it next summer visit to CT. But can we have a Florida Keys reunion trip sometime, please?

Why didn't we go here in September?!? Next time, for sure.

And the temperature there right now is???.

Mom, that is just mean.

Love this, love this, love this, Ellie. I especially LOVE the palm tree. True genius. And of course, the $1 PBRs. I had already looked at the full bar menu up close and noticed they were only $2, which I thought was a steal, but from 4 - 6 pm, well JUST $1. Amazing. Bet you don't get those prices down there in the ol' Florida keys. No sir.

Just one more reason to come to Connecticut....

love it, looks like a great place to spend a day!

You should forward this to the Waterford Chamber of Commerce. Love it. mom

I'll be right over. Well, maybe not RIGHT, but over I shall be. One day. To experience the Connecticut Keys.