To prepare for a visit from mom, I put valient effort toward fixing my sorry self up.


Then I had to endure a really long work day while Mom bravely managed a cross country flight that was riddled with bullshit. The long work day ended with a long work evening event

Eventually, I was free! I had some time to kill before mom's eternally delayed flight would arrive, so I stopped at the taco shop for a burrito, then stopped at the market for a cold six pack. I was mighty smug to have procured such excellent arrival supplies.

Despite these stop and start and stop and start errands (hint! foreshadowing! impending doom!), I was still too early to start circling the airport like a vulture, so I made my way to the cell phone lot to await the landing.

I sat in my turned off car and chatted with facebook friends, played words with friends (so many friends), just killing time for about 20 minutes. It wasn't fun, but it was fine. The only annoyance was when someone in the car next to me smoked a cigarette, but I just put the window up and made her go away. Finally, mom called to say that her plane had landed! Cue angel choir! WE got off the phone quickly so I could get over there and fetch her with my smug provisions and sunny disposition.

I started the car.... not so fast, Kowalski

Dead. My car was dead.

Let's not dwell on this, shall we? Let's not go into detail about the despair. The harrowing hour long wait for AAA knowing that mom was RIGHT THERE. Let's not talk about the cooling/warming provisions.

But then, mere hours later?


We enjoyed breakfast burritos and poinsettias in the delicious sunshine together, my mommy and me. Then we took a pretty driving tour around sunset cliffs before making our way to the neighborhood where my girl was due to Star in a Major Production! We needed coffee and flowers for the art-ISTE, and found a great spot for both right around the corner from the theater.

There was also some hoola hooping, but we do not have a photo of that.  Soon it was time for the show.


After all the excitement of our first day together, we enjoyed a respite in the comfort of mom's lovely hotel and restaurant.

The next day was Saturday, and we soon found ourselves parked by the pool again for another day of bliss relaxation and catching up.

We ventured to Old Town for lunch because mom was long past due for a Mexican meal. There was a bit of drama around the table as the blistering sun moved into the perfect position to sear through our very souls. We thought we'd lose a member of our party to the consumption, but once we moved to a shadier spot things began looking up so we posed for a group selfie. Everyone was being cranky and stubborn so I eventually just snapped a pic of he one person who was nicely cooperating.

That night, we went to the Embarcadero for a seaside symphony performance ... a Tchaikovsky Spectacular! 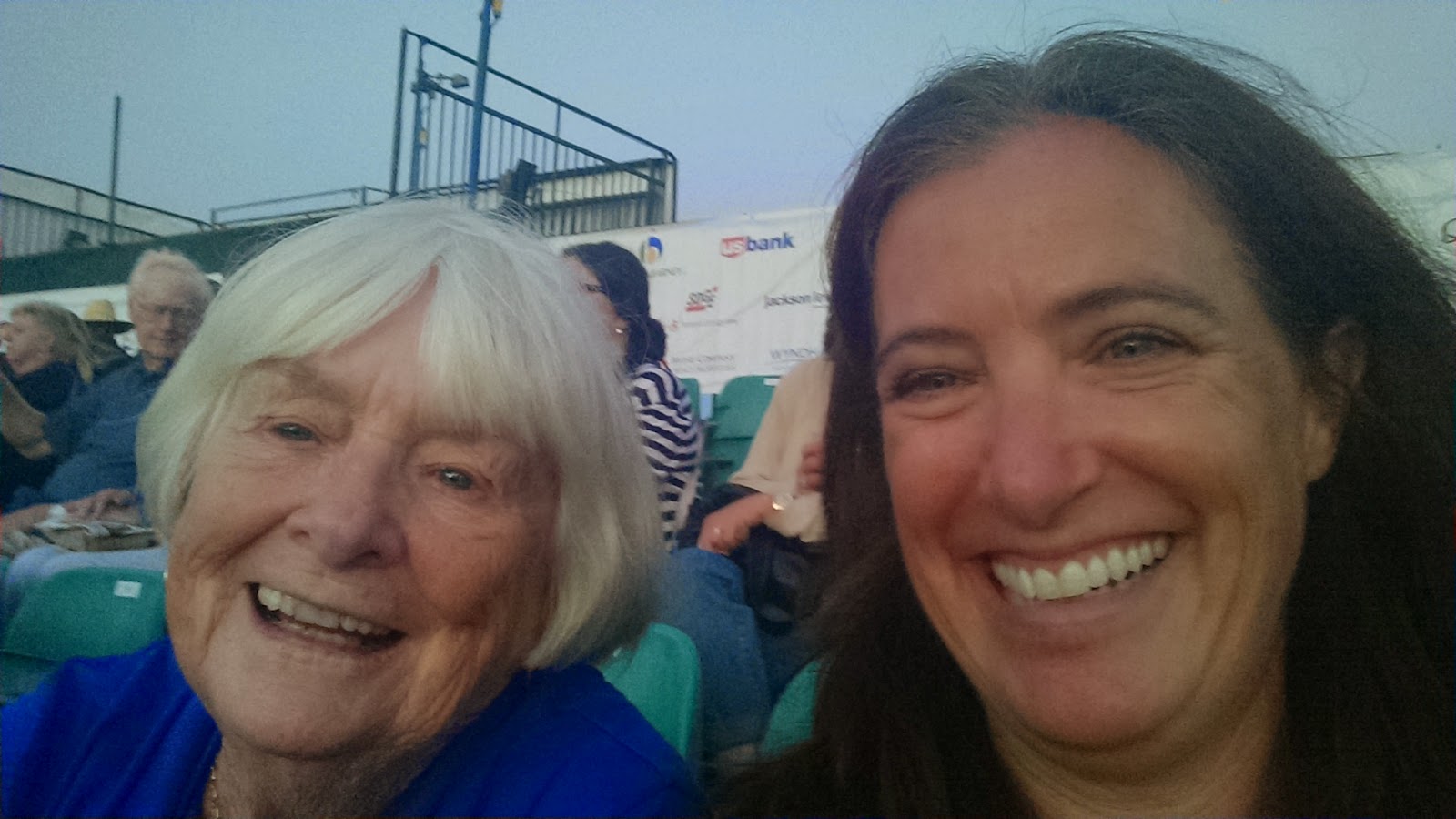 You'll never guess what we did on Sunday. 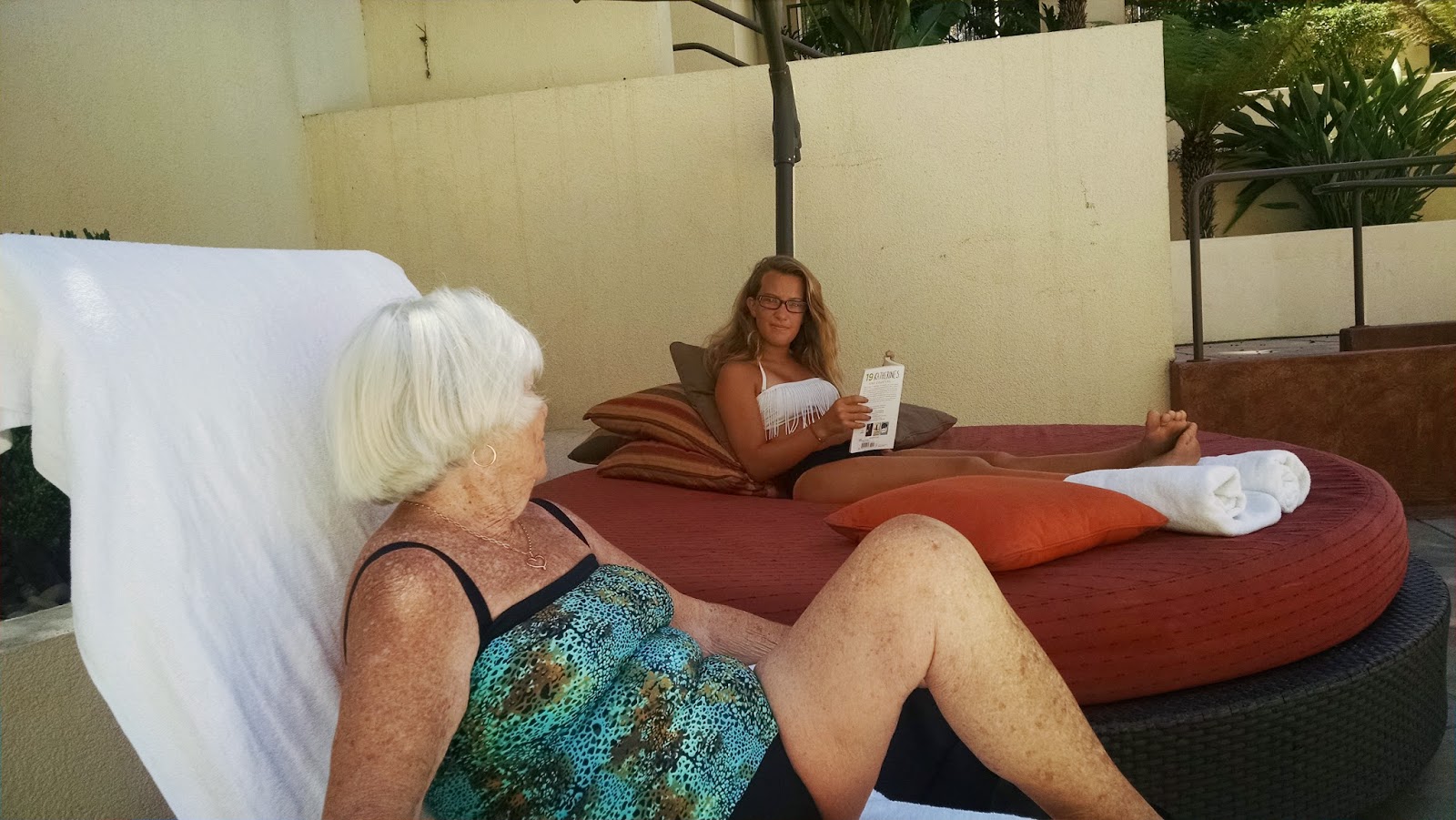 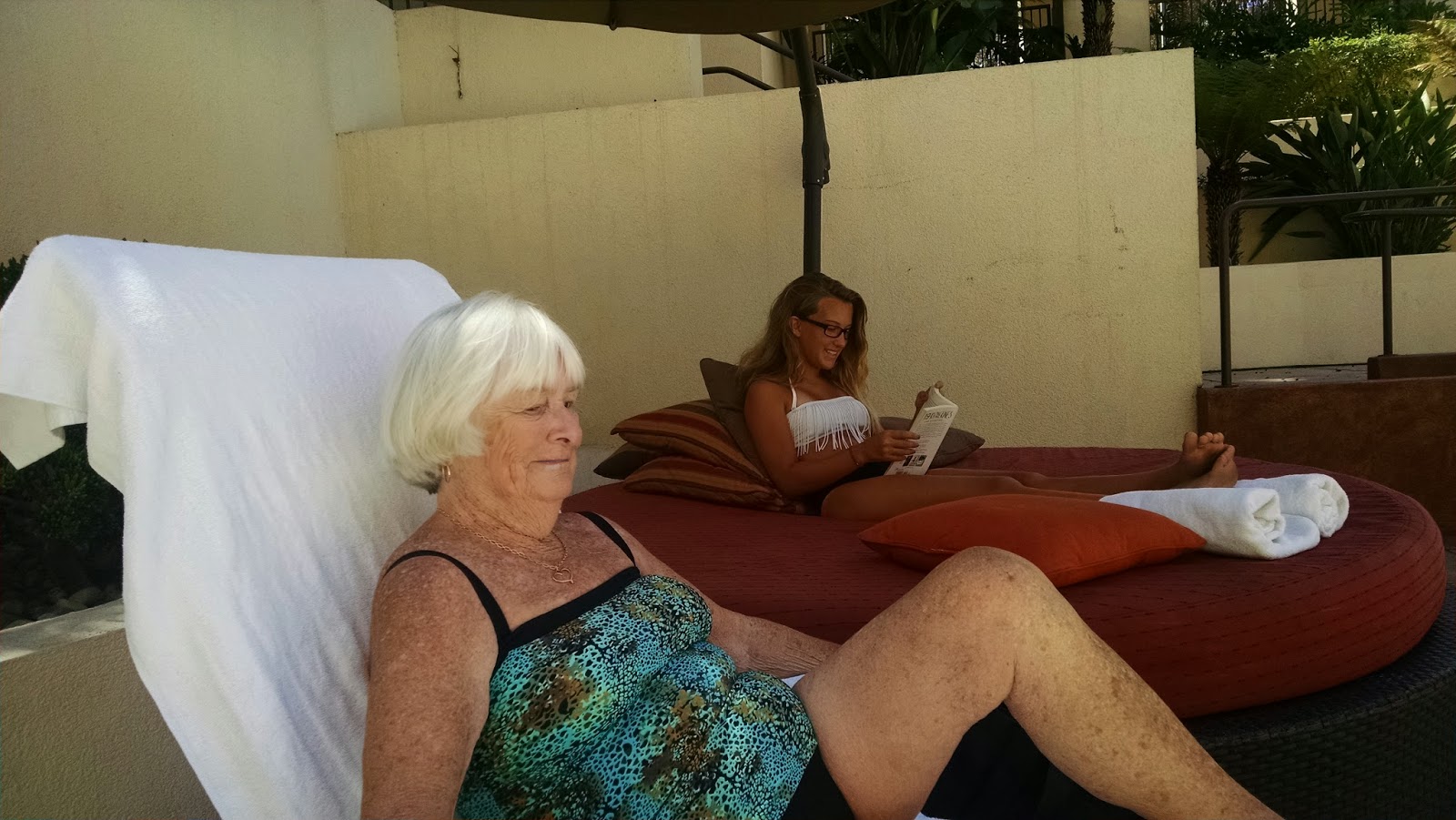 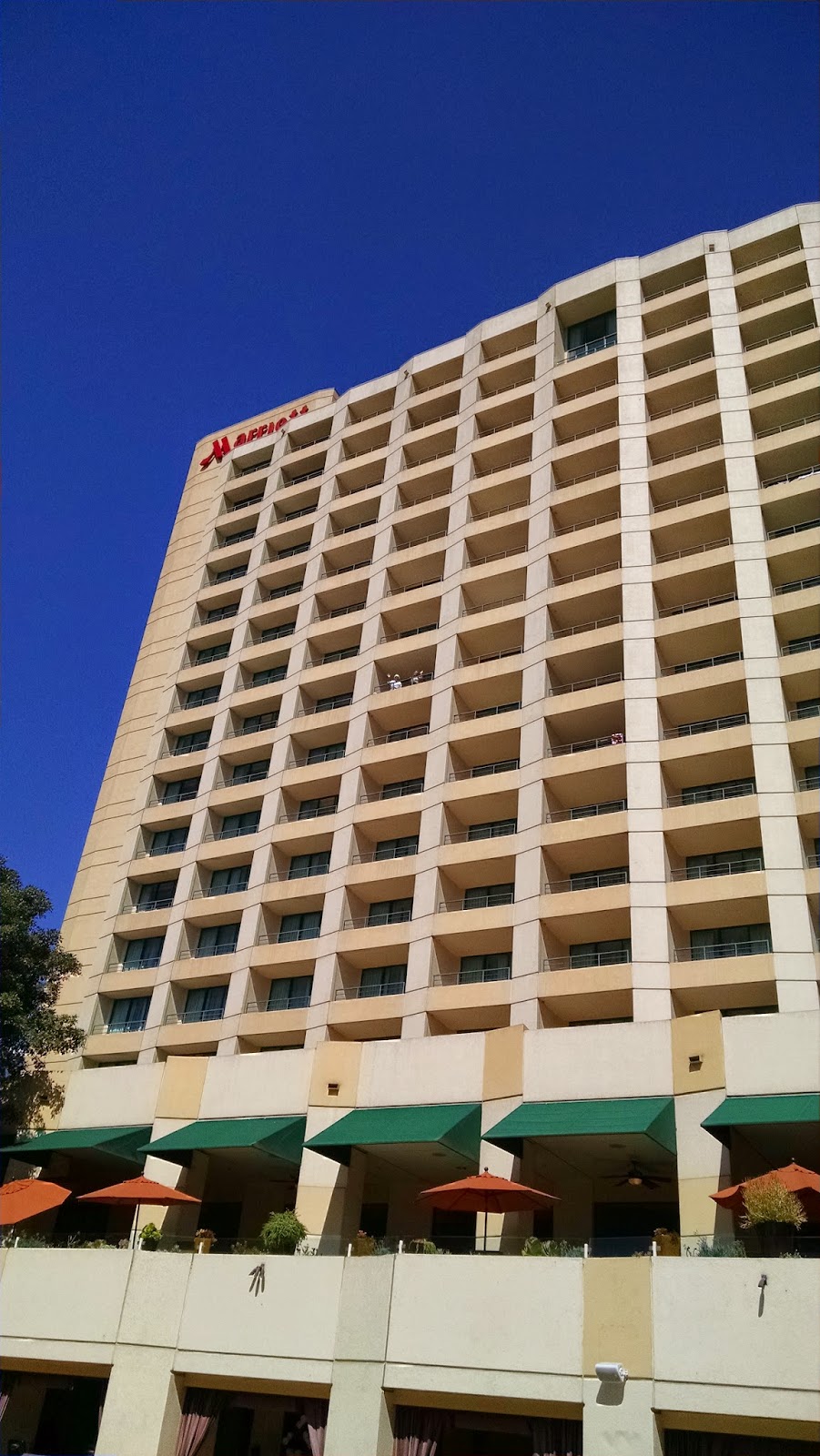 Okay this is getting really long, hang in there.

Monday morning, Labor Day, I went to the gym then did a little prep work for the Last Night Extravaganza: 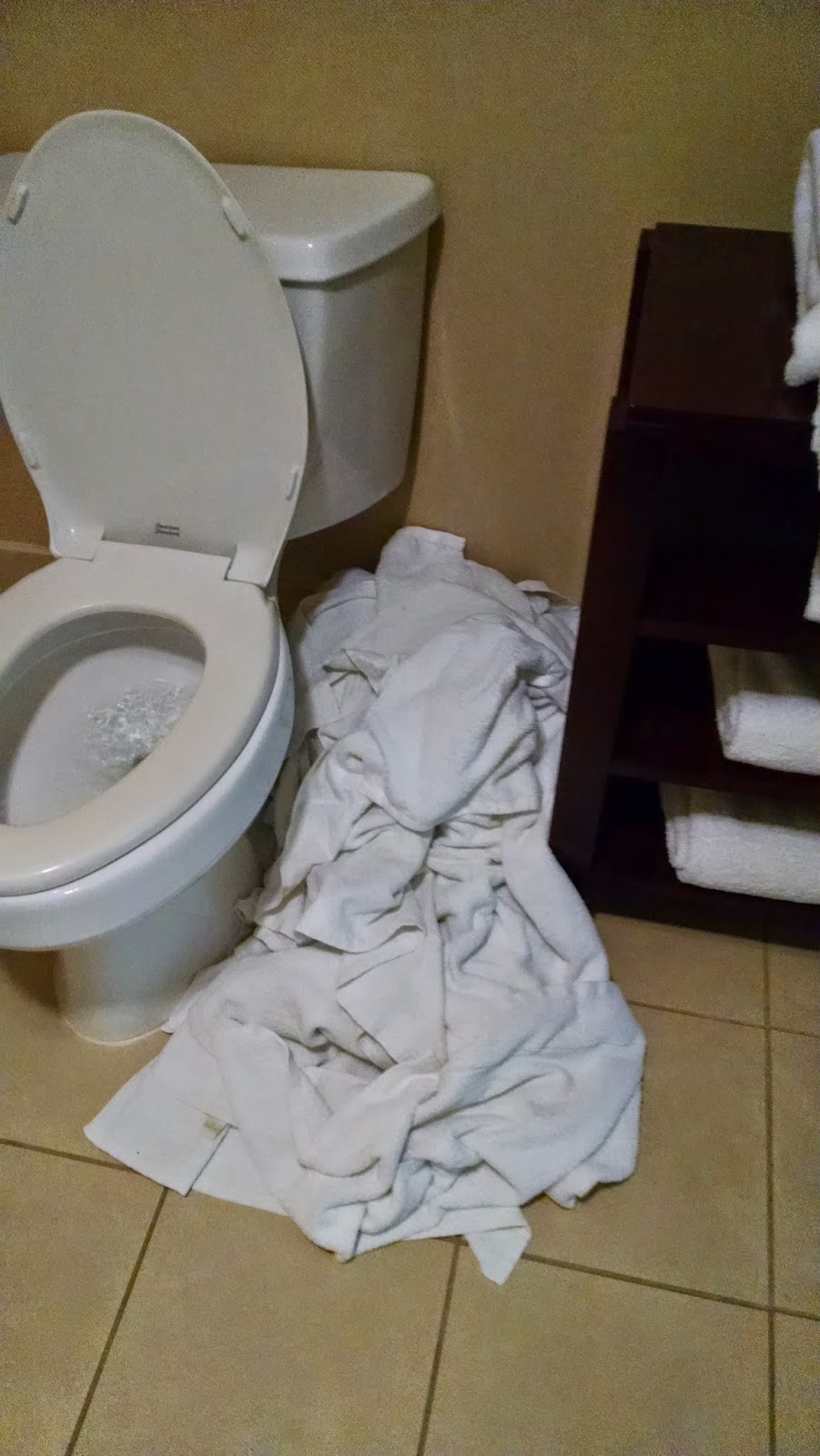 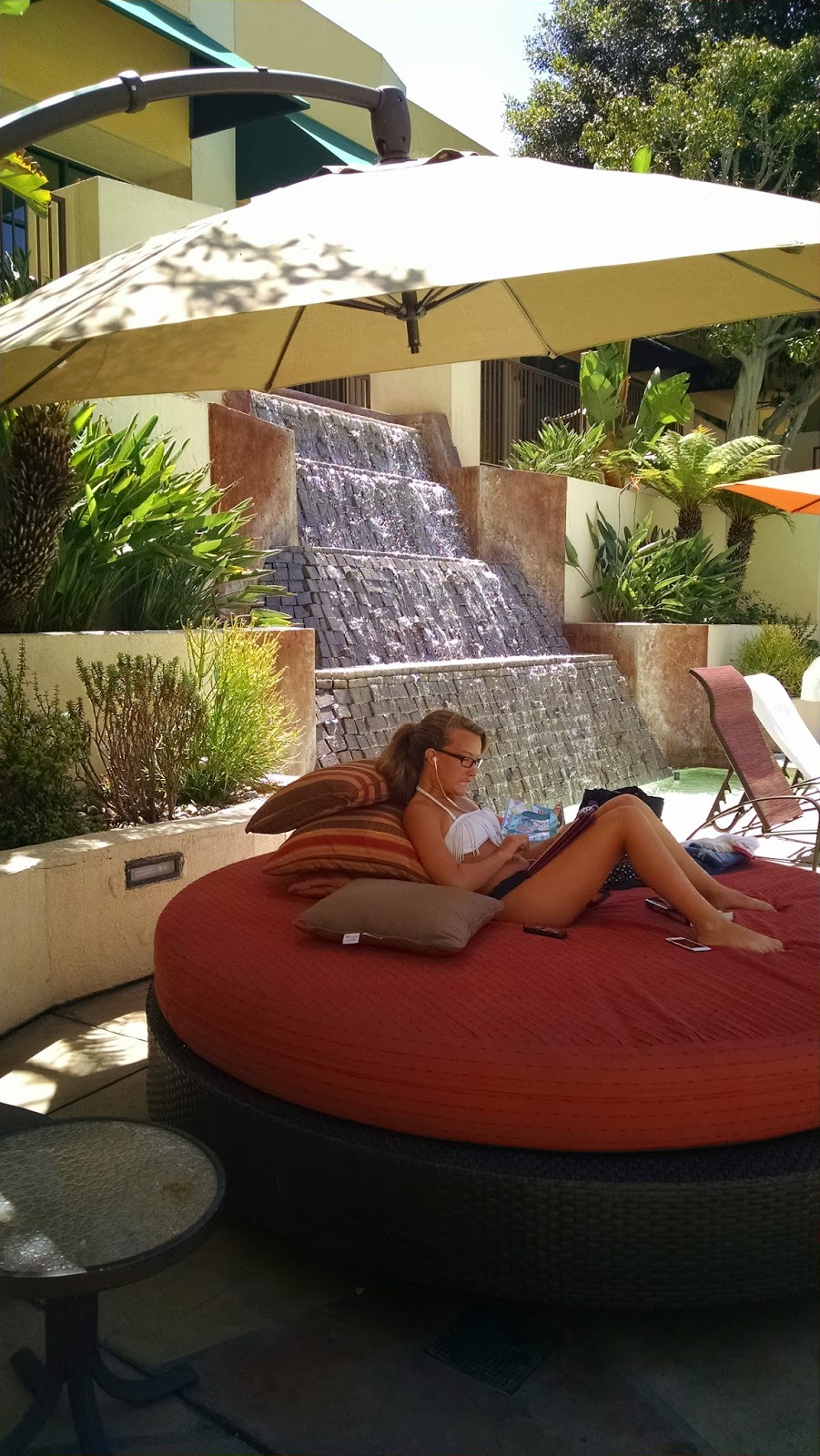 Before we left for the kitchen, we had an important stop to make


And then, the magic began: 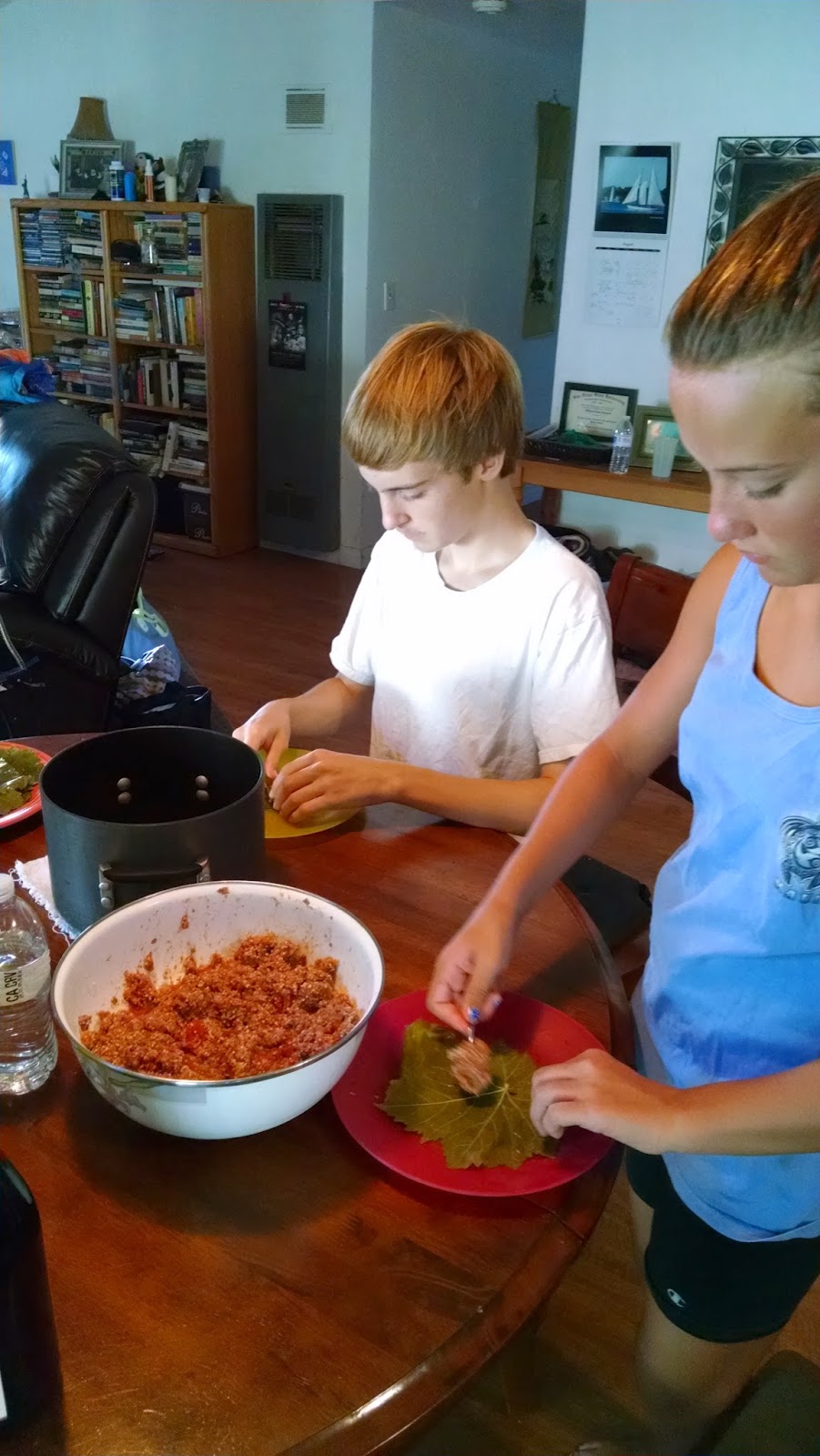 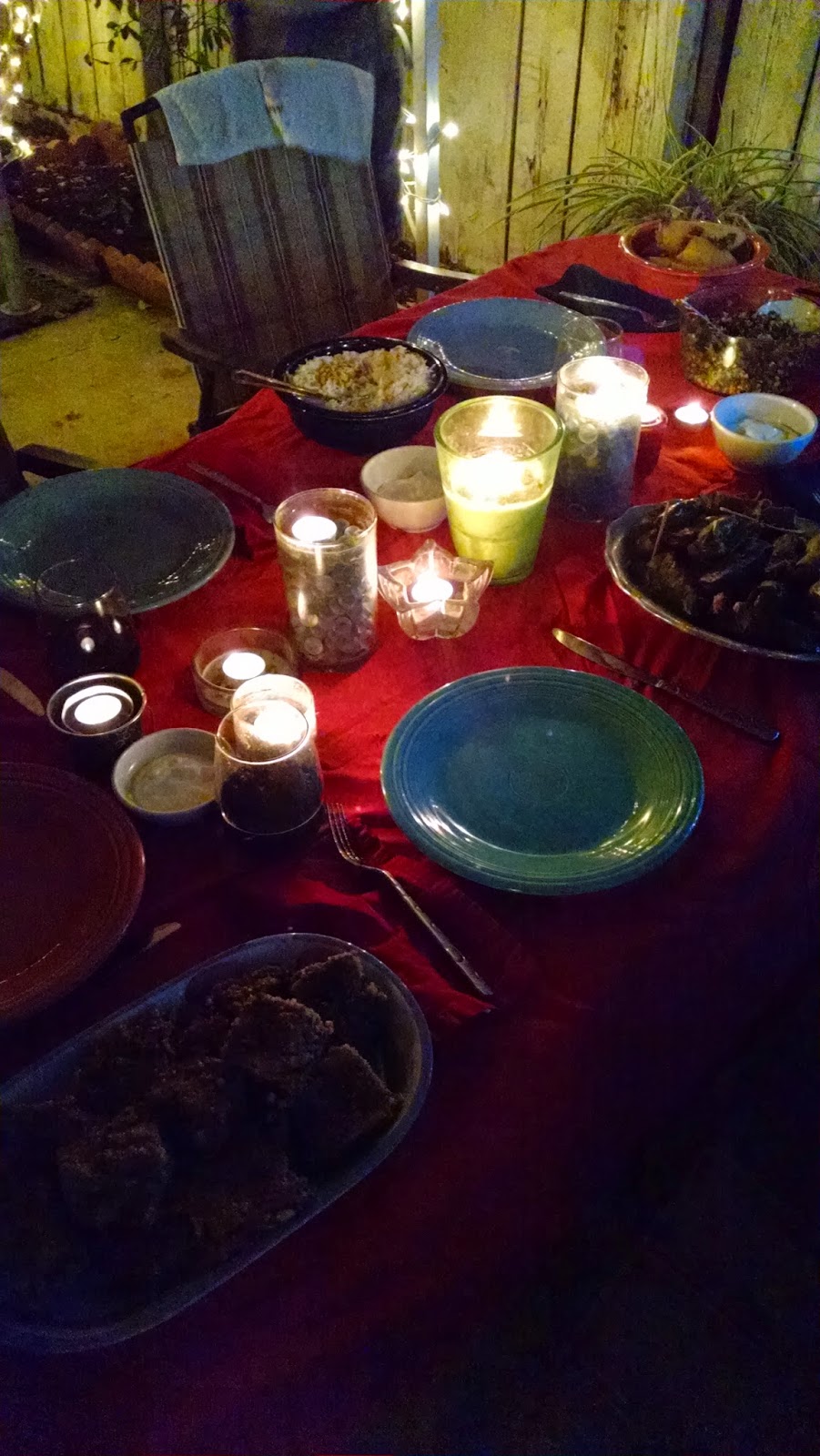 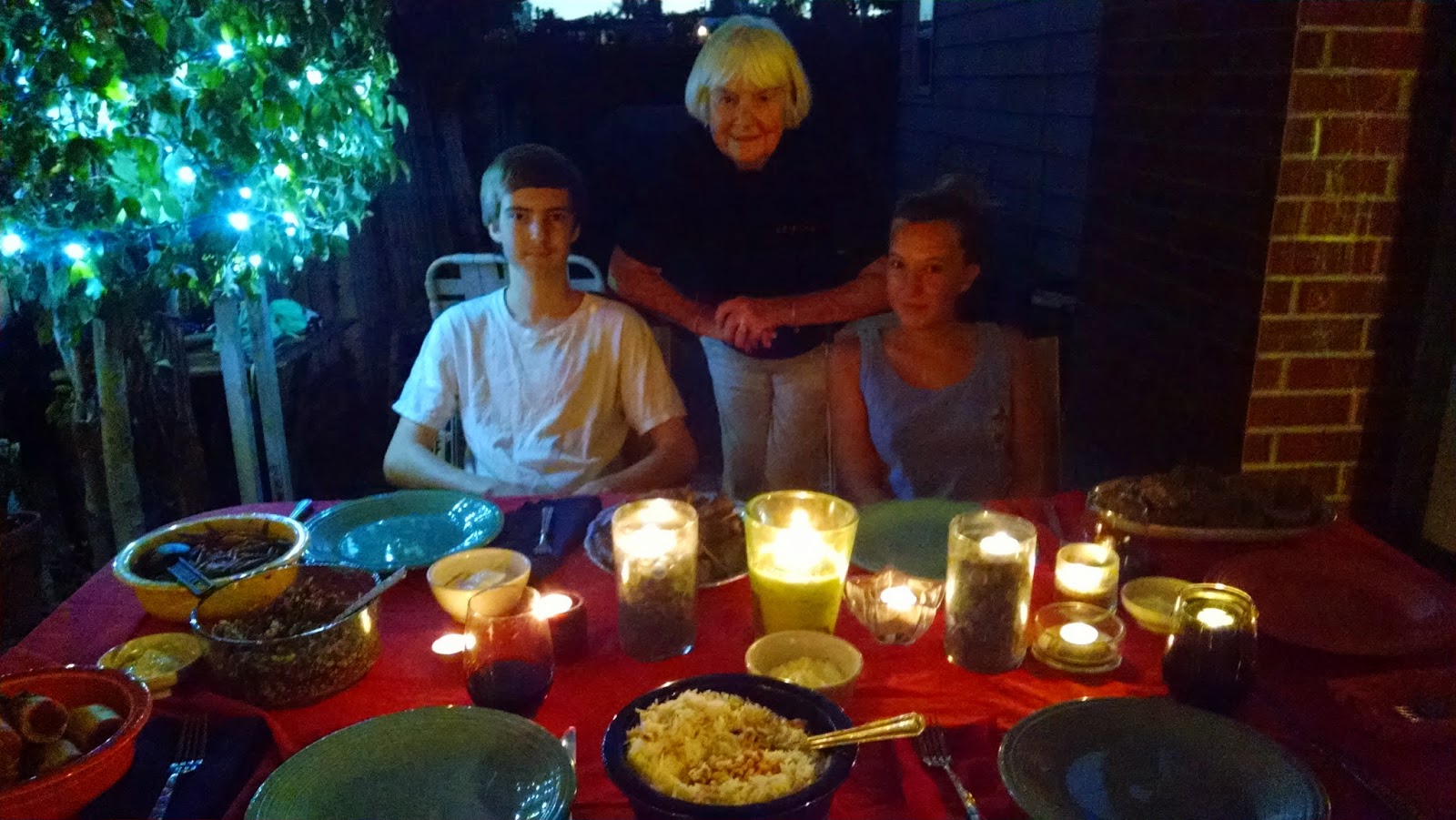 Mom had to leave the next day. Sob. We drove her home


It was a pretty perfect visit, I must say. My mom is the Bomb Dot Diggety Com.

Looks like a great time once it got started...and Clara did a wonderful job as Golde--so glad I got to see her and your Mom.
Love, Pat

What a great visit! You're all so gorgeous. And now I'm intensely craving Lebanese food! xoxo

It was an awesome visit, thanks for everything you San Diegans... I miss you.. xo mom

and I loved seeing you again Pat, sorry it was such a short visit... xoxo ellen

Ye gads is right? You've got a superstar on your hands! Wish I would have seen the production. So happy my girl and my mom got to see it. And you and Ellen!

I loved seeing Ellen at the pool. And what a nice one. Too bad you didn't take advantage of it at all. ha ha ha ;)

I Love, love, love you grape leave mask. Makes me want to go back to MFCDC just to do that!

Glad the dinner, and whole visit, was such a success!

I adore every moment, every detail. That Lesbo feast, and the table outside? I can just smell the food and San Diego and the bougainvillea. And all the pool-lounging (the chicken fight photos *kill* me -- I love that Beth's M is on the *bottom*), I love the pool-lounging. I love to pool-lounge. I wish I could pool-lounge with y'all.

Love. What a Time you had! Everlasting memories, baby.