I recently emptied out this space


Among the infinite random rubbish in that hellhole, I found some wonderful treasures. In one rubbermaid bin, I found a zip lock bag containing the very long braid that I chopped off in the late 90s. And I found these:


I also found a bunch of letters that I'd saved, remember letters? My older sisters wrote me letters from college! This one was from MB when she was in Worcester:


I found evidence of my once pious past: 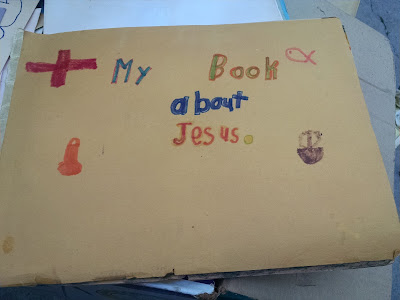 And proof of a covert operation in my very own home: 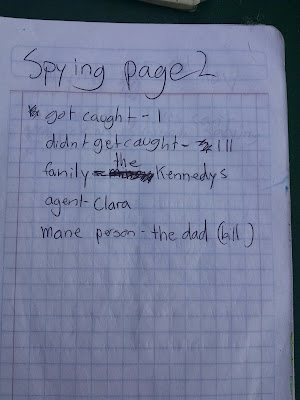 And there were photo albums, oh the photo albums! Most of them I just flipped casually through before regaling them to a box to be scrutinized at a later date, but when I came across the one from The Trip*, I sat right down in the driveway and had myself a little remembery. It would be impossible to do justice by any form of summary and I really can't (or can I?) share every single page of that album, but this one. This One. I remember this day so well, we were visiting Jane at UVA so were on the final leg of our journey. We were tan because we'd just spent time in warm southern states, and we put on some hats and then weirdly embodied the attitude that each hat was determined to represent:

I found treasures that were really so sweet, but not quite sweet enough to save


And then I found a box that had been mailed from Ellie with Mumsie's house (I think) as the return address. It was well taped, as a proper Corey parcel must be, and contained yards and yards of bubble wrap around these:


I kept those, although I vowed that I wasn't keeping any teacups** because I had 800 and who ever uses teacups? I cursed those teacups, literally.

At the end of the day, I did my best to separate trash from treasure, and then these guys came over to haul away the former. 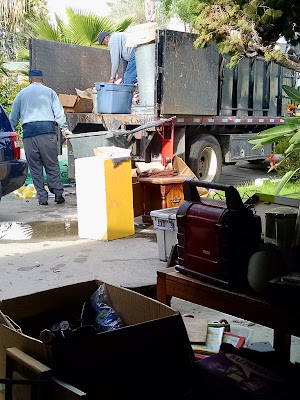 Finally, as I said on facebook a couple of days later:

** I kept the fucking teacups

OMG love so much, Jacq. I, too, remember that visit and day so well. Love you!

that's some good stuff right there.

except. YOU KEPT THE TEACUPS?

And, um, is that a penis on your righteous Jesus folder?

It must have been a trip going through all of that trash and treasure. Hard work for sure - Emotional and physical. Here's to getting 'er done, Jacquie!

I look forward to celebrating with you soon. Perhaps Uffie's tea cups could come into play.

IT'S FROM THE TRIP!

Man, that trip. Man, those memories. I can't quite believe *that* was the day we were acting so French -- the day we visited Jane in Charlottesville . . . I mean, who has that kind of time? To act so French?

There are so many *things*. So very many things.

Well done, you. I can't even fathom all that you had to do.