I was inspired, as I often am, by my baby sister Jacquie yesterday. Her blog post, in which she came out as a blogger (I did not know she was ever in) was brill, as her posts often all. But mostly I was inspired because it featured this photo: 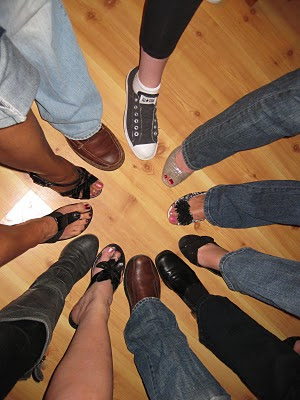 It reminded me of a shoes-around-a-circle photo of my own, from a party way back last fall: 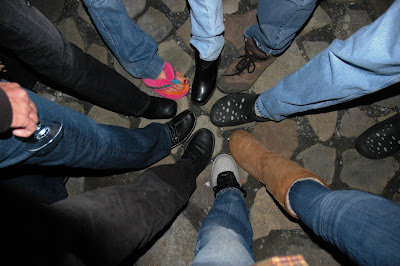 We were at my friend Bruce's house, for his annual Octoberfest party . . . 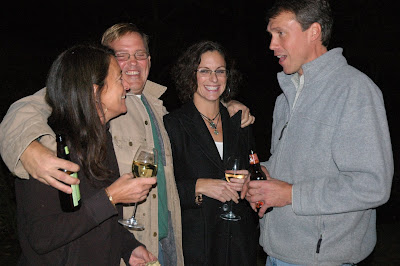 . . . and, unexpectedly, serendipitously, it turned into a mini Lifeguards reunion. 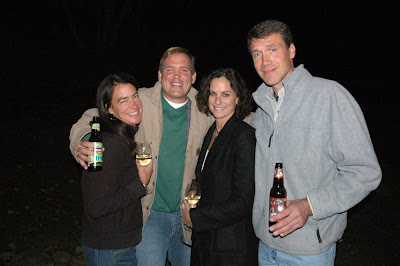 The four of us were part of a larger staff that guarded -- conscientiously, energetically, enthusiastically -- Norwalk Connecticut's public beach: Calf Pasture, which is actually split into Calf Pasture and Shady Beach.

Shady Beach. You gotta love that. 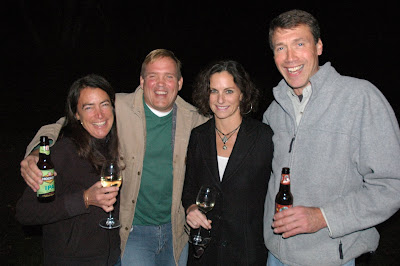 Bruce (on the right) was the boss; Paul and Denise were the badass, workout-junky, rowing-fiend worker lifeguards. I was a worker lifeguard too, of course, but during my breaks, instead of rowing around the island, I was mostly about sweeping out the lifeguard shack. 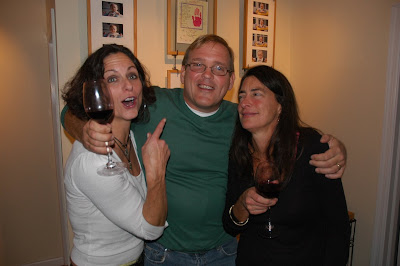 We had a lot of fun on the beach, and we took it very seriously. We ran, we swam, we rowed, we biked, we drank an awful lot of beer, and we played volleyball every day at 6 p.m. sharp. 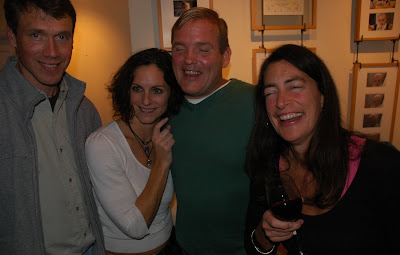 But mostly? We were there for the protection of the community. I mean look at us. 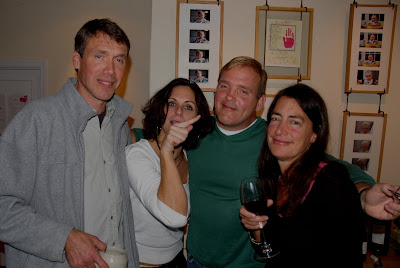 Are we not the very epitome of community safety? 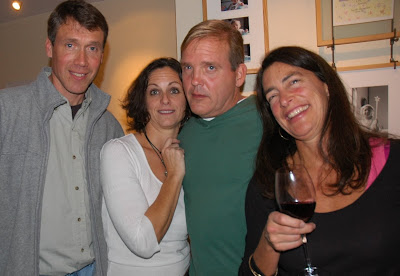 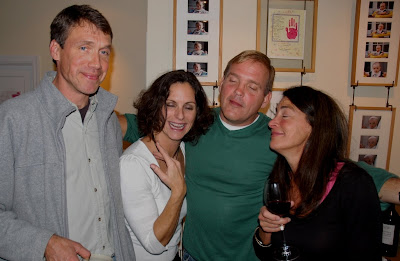 where does the time go??

I want to see the way back when pics.
You look like a smashing team!