And Then There Were Four....

After 16 days, it became the Bataan Death March of Fun. My peeps thought they had to show up every day for 12 days but instead? It became 16.

I ended up with Four Warriors, though, who made it through, who fought the heroic fight of attrition and showed up all 16 days. 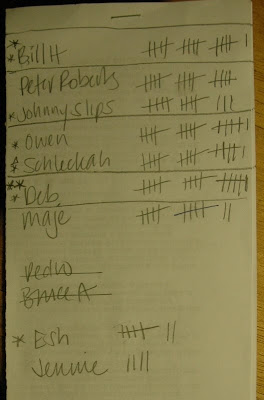 Bill and Owen and Schleckah and Deb. My Core Quartet. My Fearsome Foursome. 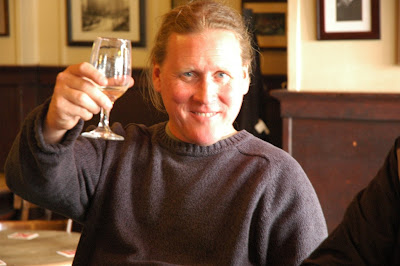 Schleckah came every day even though he sometimes complained about it. One day, early on, when it was still easy for everyone to show up, Slips said, "Most people go to the bar to avoid their wives. Bill goes to the bar to see his wife. Give him a triangle." 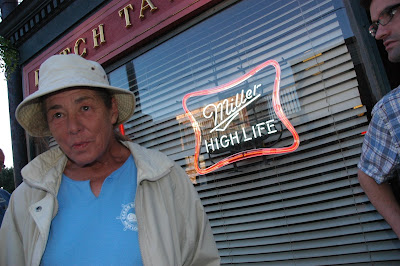 Deb -- she who blew the whistle to start The Race for us last summer -- brought me scones and daffodils the last day. After she already had a star. 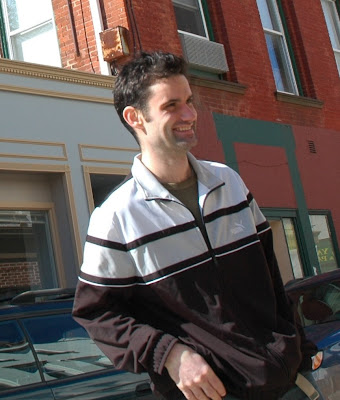 Owen got out of work early four times -- four times -- to get to Cafe Ellie before I handed over the bar to the night guy. The good thing? His boss, the person he had to ask to get out early each time, calls Schleckah and me "The Van People." Made it easier. 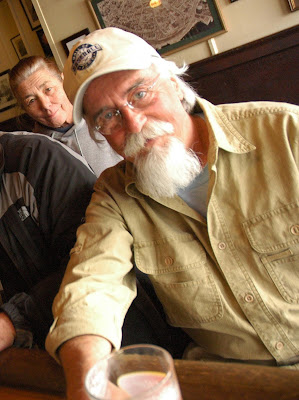 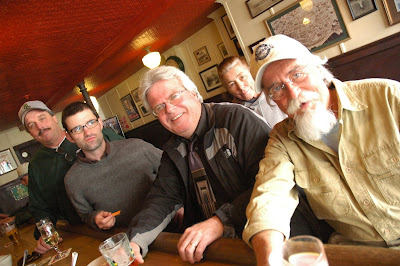 Oh, there were others. 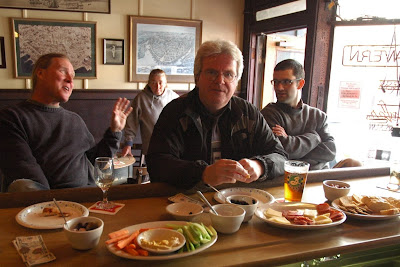 Those who slogged in every most days, rain or shine, doctor appointments or work engagements . . .

. . . Slips and Ships and John and Maje and Peter Roberts and Mongo and Elizabeth and Mr. Dibble . . . 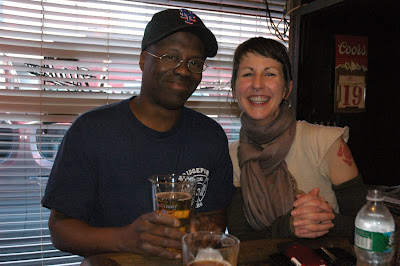 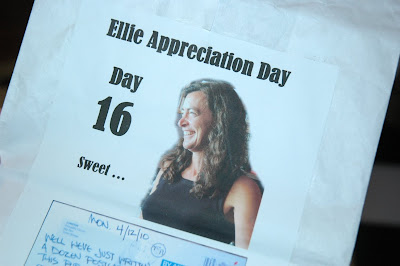 But there were four -- four! -- who made it through. Who accepted the challenge and stared down the competition and defied the odds and made it for 16 days. 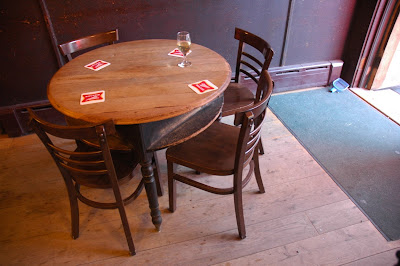 would have been there in PA said...

well done!
Now get Owen on a vitamin D tour so he can challenge you in a swim again without all the glare from his skin :)
Cheers!

I'm glad you got an Ellie Appreciation day after all that - since you made it through all those 16 days, too. That's above and beyond the call of duty, I say. I trust your erstwhile bosses appreciated your dedication, too?

Quite an accomplishment, those four should be quite proud. I'm sorry to have missed the chance to send you congratulations on Ellie Appreciation Day! Job well done, sister!!

Kudos to the Fearsome Foursome.

Such self sacrificing folks, to come and visit you at an awseome little tavern, daily. Not sure how they managed....

LOL Beth. You're right. They should all be knighted. Or at least beatified.

Congratulations from Colorado! Wish we had the Dutch our here in the high desert.

from Bill's brother in the West