The mall was a viable option for the passing of time back in the dark ages when I was a kid. Granted, the Norwalk Mall wasn’t exactly a hub of high fashion society. In fact, I can’t quite remember which retail stores were in there at all, but I do remember how to get there… it was somewhere over by the library-ish part of town? Is that right?

Downtown in general was close enough to walk to thus worthy of prime loitering potential, even before many of us started our retail careers at the good old NBS. Wall Street, Norwalk, Connecticut had a perfect assortment of candy, clothes, entertainment, and places to make fun of. What more could we girls ask?

The mall was a building, much unlike the sprawling, palm lined playgrounds that we have here in California. My kids have spent plenty of time at various malls, but mostly for a more singular purpose than just to hang out.

Last weekend, Beth's oldest girl came for a sleepover, and my girl had some money burning a hole in her pocket, and was desperate to purchase this. I agreed to take the girls to the mall, and at first it mostly looked like this:

In fact, I texted that very photo to a friend and coerced her to come and loiter with me.

But first, there was this

That place is beyond horrific. One million tiny things shoved onto four tiny walls, an affront to the senses on every level. 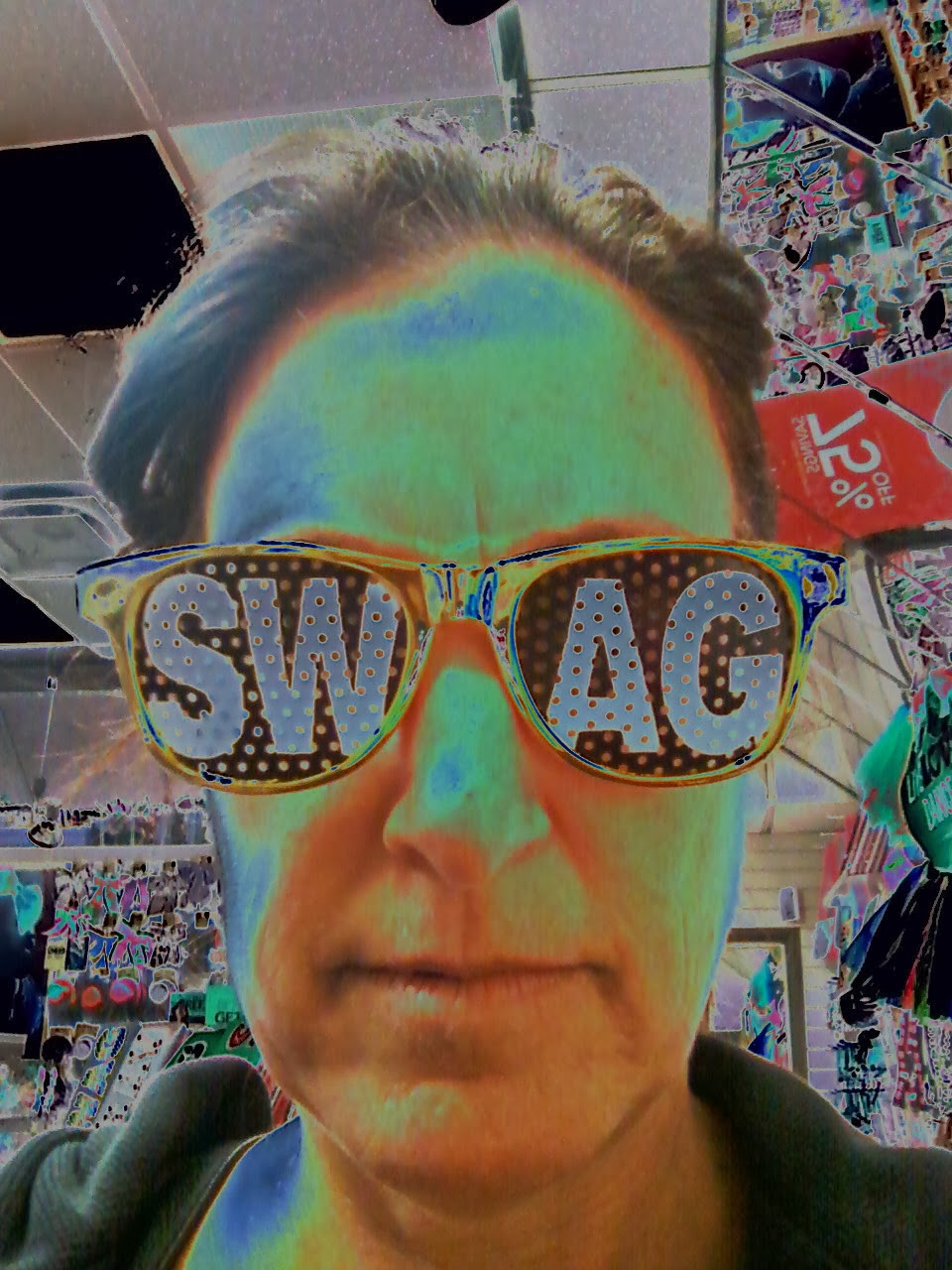 Eventually, my friend showed up and we enjoyed a cold beverage or three on a central patio where we could send the girls off hither and yon to check out stores and pick out outfits and spend various hard earned cash. They purchased matching outfits for themselves, and so we asked them to pick out matching outfits for us, and they adorably chose workout duds. Awwww.

At a certain point during this interlude, my girl protested the idea of going to another store because she'd run out of money (withOUT, I might add, procuring the one item she had so coveted, now only available online, but only to girls who had saved $20).  I said: "Just go, look around, try stuff on!" She was all like "MOM."

She was appalled at the idea of going browsing with no intent to buy, had never considered such a thing! I argued that this was the very POINT of the mall, to look around and laugh about stuff you'd never buy, and/or covet the things you wished that you could buy.

I had to convince her myself by heading into Aeropostale to pick out prom and bridesmaids dresses for everyone we knew. Maybe my friend and I even bought matching shirts.

I think I showed my girl how it's done when you're a pretty-much grown up girl at the mall. 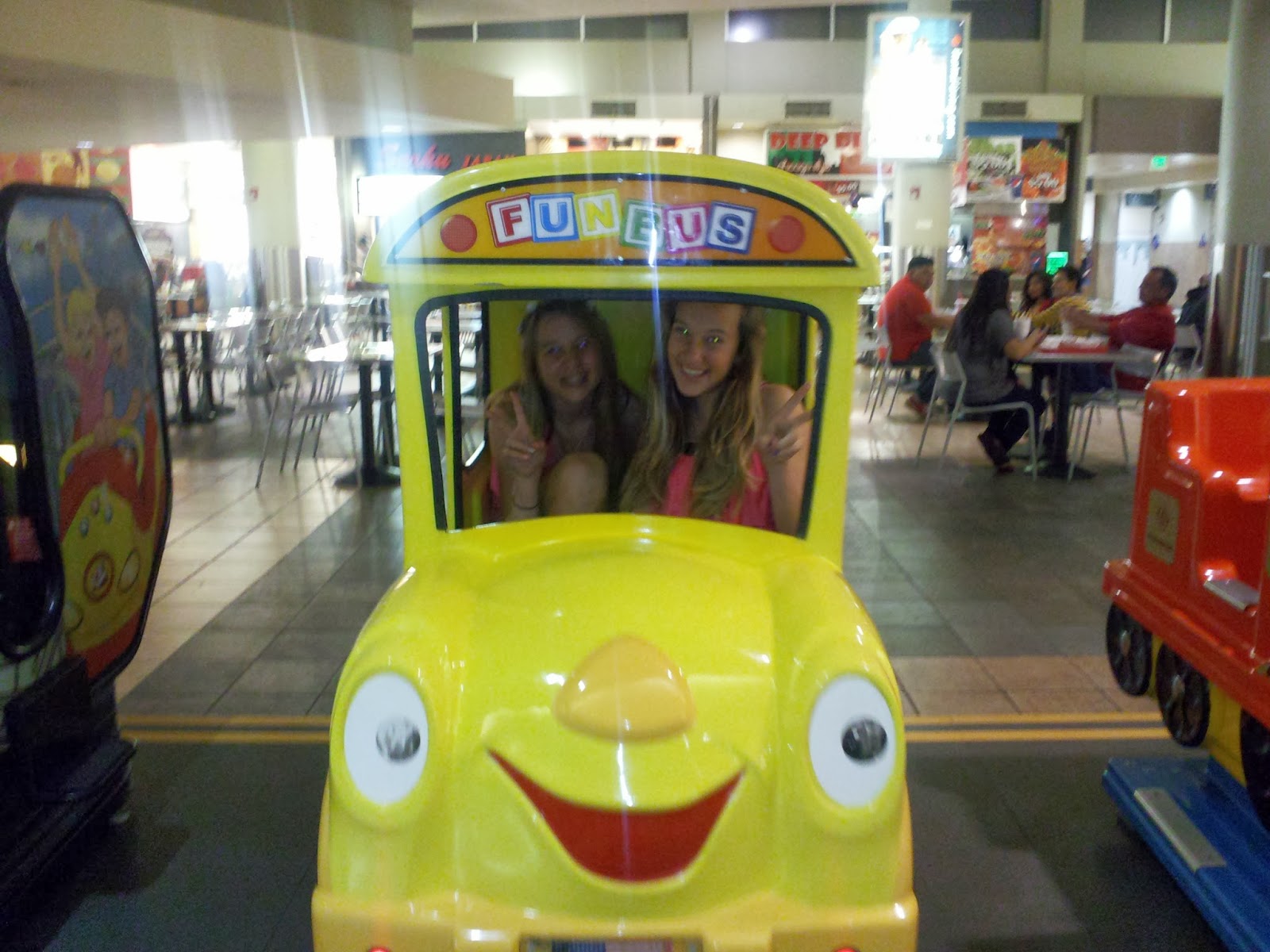 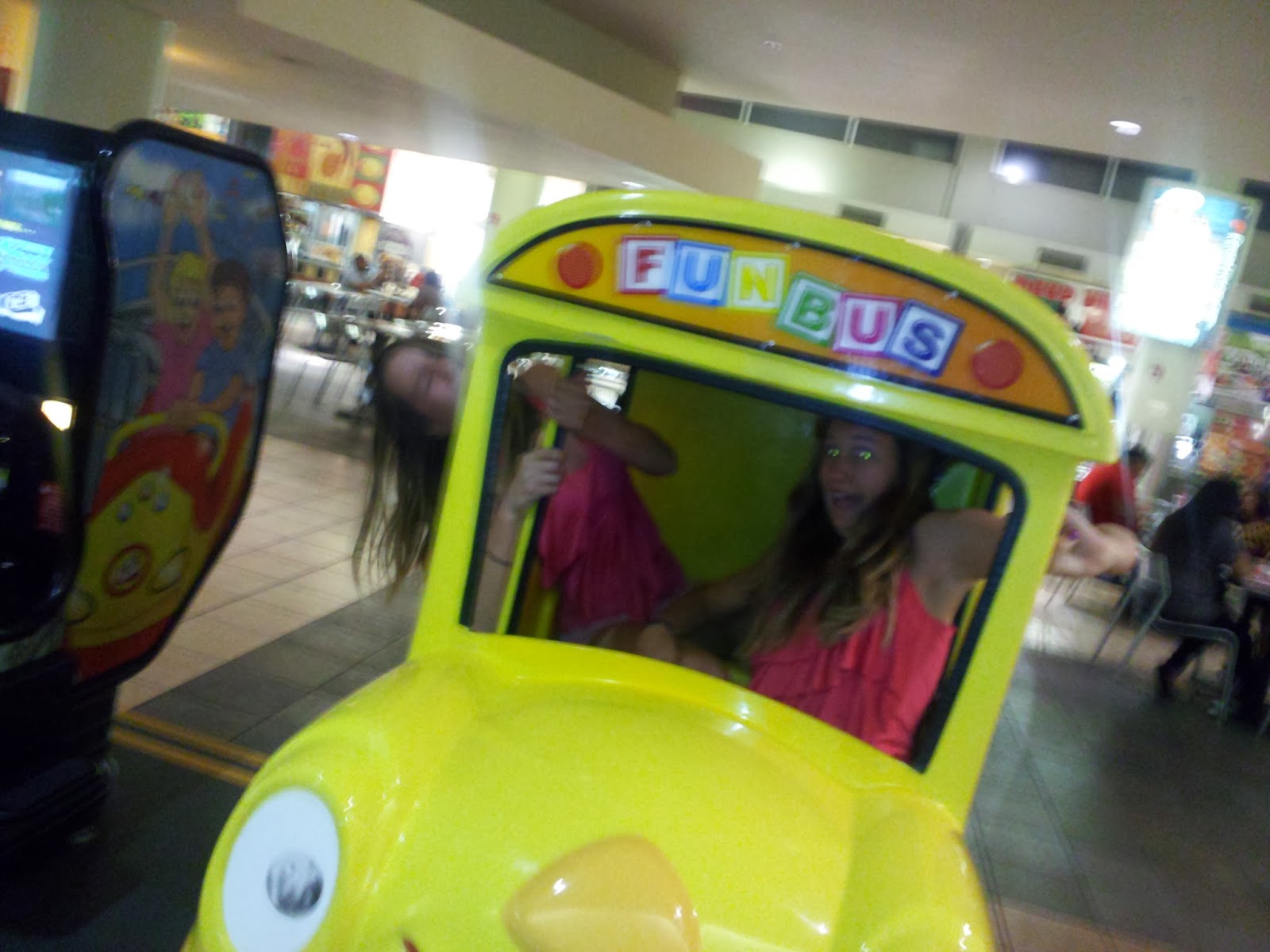 And hey, if the mall isn't where it's at for these girls to loiter away their free time, there's always skateworld. 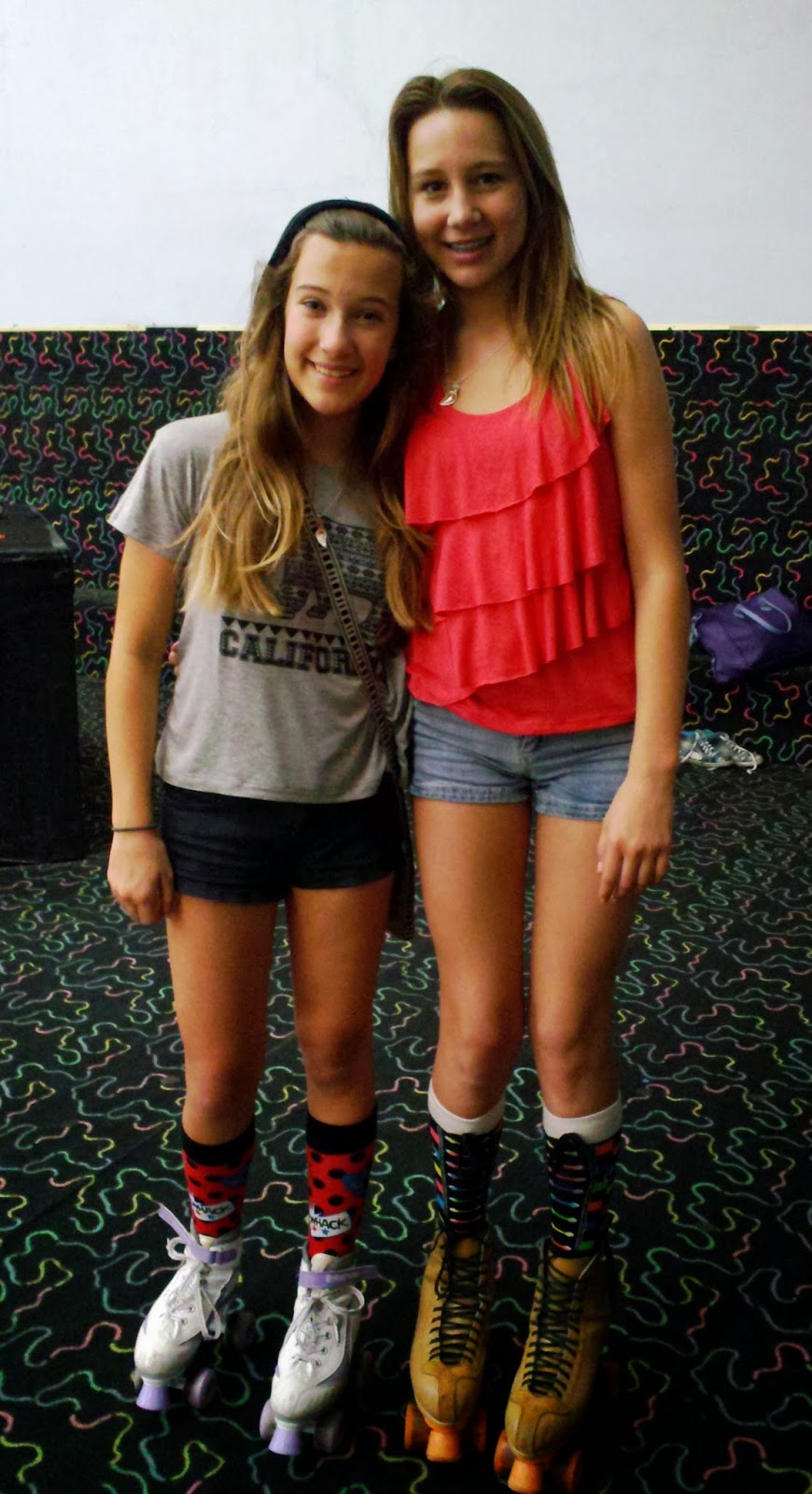 Look at those two non-peanuts! *So* gorgeous.

HA - something about that last photo reminds me of Marsha and Jan Brady.....

The best photo, though, hands down, is the SWAG photo. You da boss, Jacquie!

I must say, when my girl relayed all the shananigans that went down at the mall that night, I almost wish I had been there! Because although I love me some Loemann's and adore thrift shops, the mall is not my happy place.

Glad it was somehow all yours that night!

You are hysterical, Jacq. And I love those adorable girls! xo