My first Throwback, er, Wednesday. But this is important foreshadowing, for what's to come.

B) The size of Big Cacti, period. Mistah is leaning down to gaze upon him . . .

The Praying Mantis is Connecticut's state insect, which, you've got to admit, is supercool. 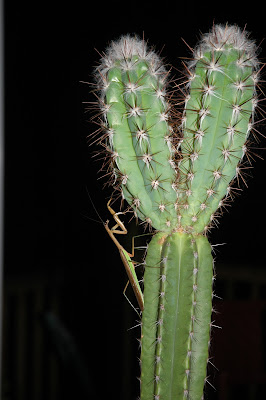 . . . and landed right on Giant Cacti in our kitchen. 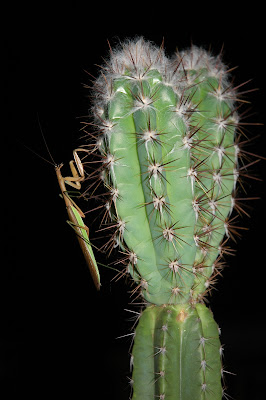 She used the cactus needles as rungs to climb up her new discovery. 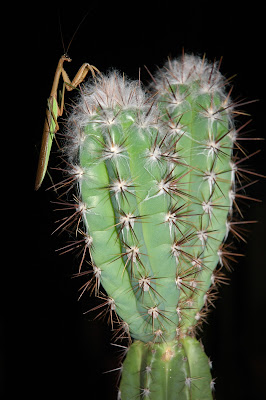 One of the most interesting thing about Praying Mantises -- besides them flying into strangers' houses at nights -- is their reproduction habits: 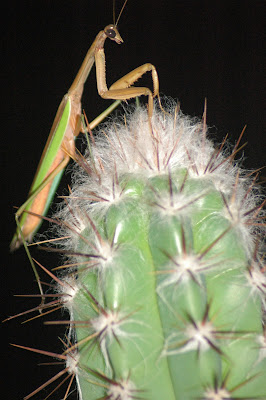 The infamous reproductive process in many praying mantis species is marked by a post-sexual cannibalism of the male by the hungry female, and is an ongoing subject of research and legend.* 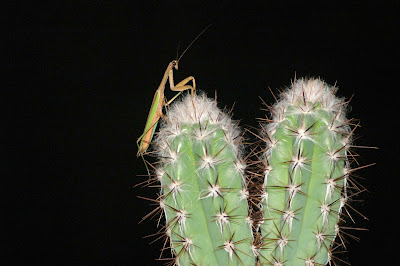 That's right. They mate, and then the female bites the male's head right off his fool body. 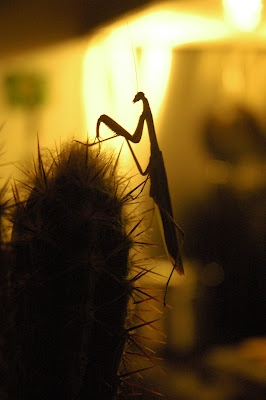 You'd never know it; she looks so calm and regal in silhouette. 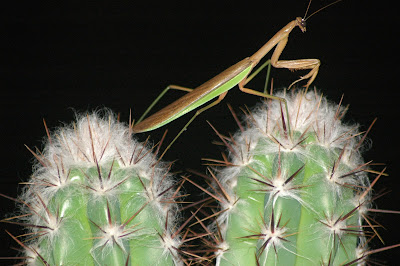 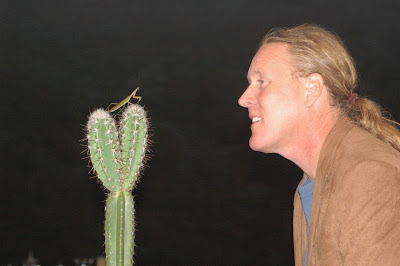 Plus, she makes a fabulous drop-in visitor. 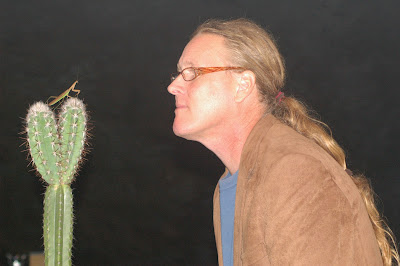 And a spectacular new friend.


And one self-respecting State Insect.
at 5:00 AM

And photographs so well too!

I saw Bad Cacti recently - she's not going to fit in your kitchen much longer, she's a tall girl.... xo mom