Sorry, Ellie, we're moving on to Christmas.....which for many in these parts officially kicks off with the OB Holiday Parade. The only and best night parade I've ever been to.

This year's parade seemed to go on and on and on and on, but still, it was fun. And two of my three girls were in it this year, so I was paying attention, at least until they passed by....

Here's the two of whom I speak:


This photo was taken at home, pre-parade, where we had some folks over for some treats and libations. (Only no one showed up for our little celebration. Well, that's not entirely true. The tried and true showed up, ie, my mom and Jacquie and Co. And really, that's all you need, your tried and true. You can drink right out of the bottle that way, and we all fit in my mom's car for a ride right down to parade central.)

After which time, there was the endless parade, of course, with a million people everywhere; then dinner at Ranchos, the cavernous Mexican place that only fills up once a year, on this particular night; a serendipitous run-in with various friends at the Italian restaurant next door; and the finale of watching the local dad band playing on the float that they park across from OB elementary post-parade so that they can continue to play for a few hours.

The tried and true were tired by then, so after a few songs we ordered up a giant SUV and made our way home.

At which time my middle daughter called shotgun, and had it honored by those crazy Kennedy's!

Which left the moms in the middle seats, trying unsuccessfully to capture themselves (natch) and those fools in the back row.... 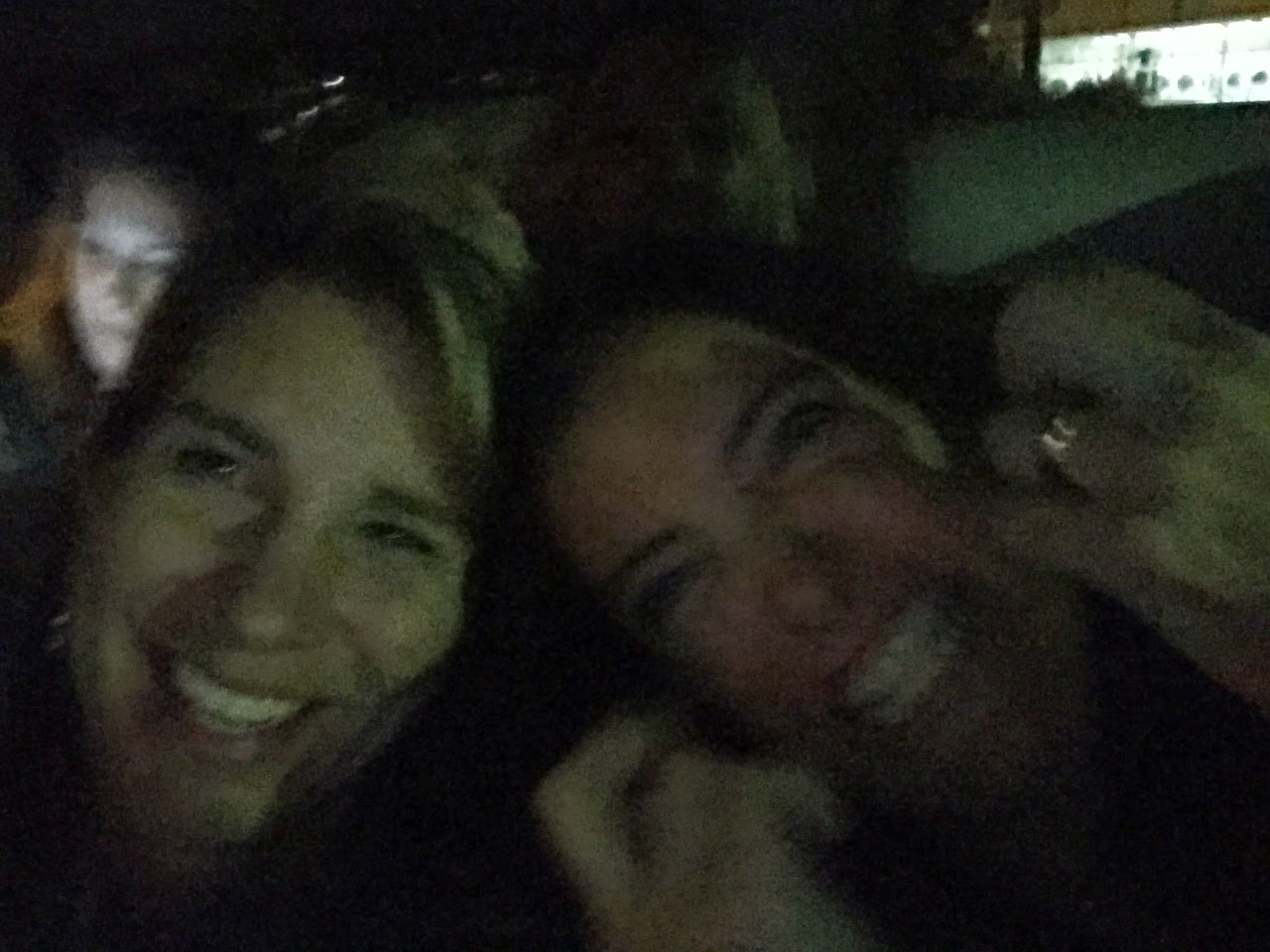 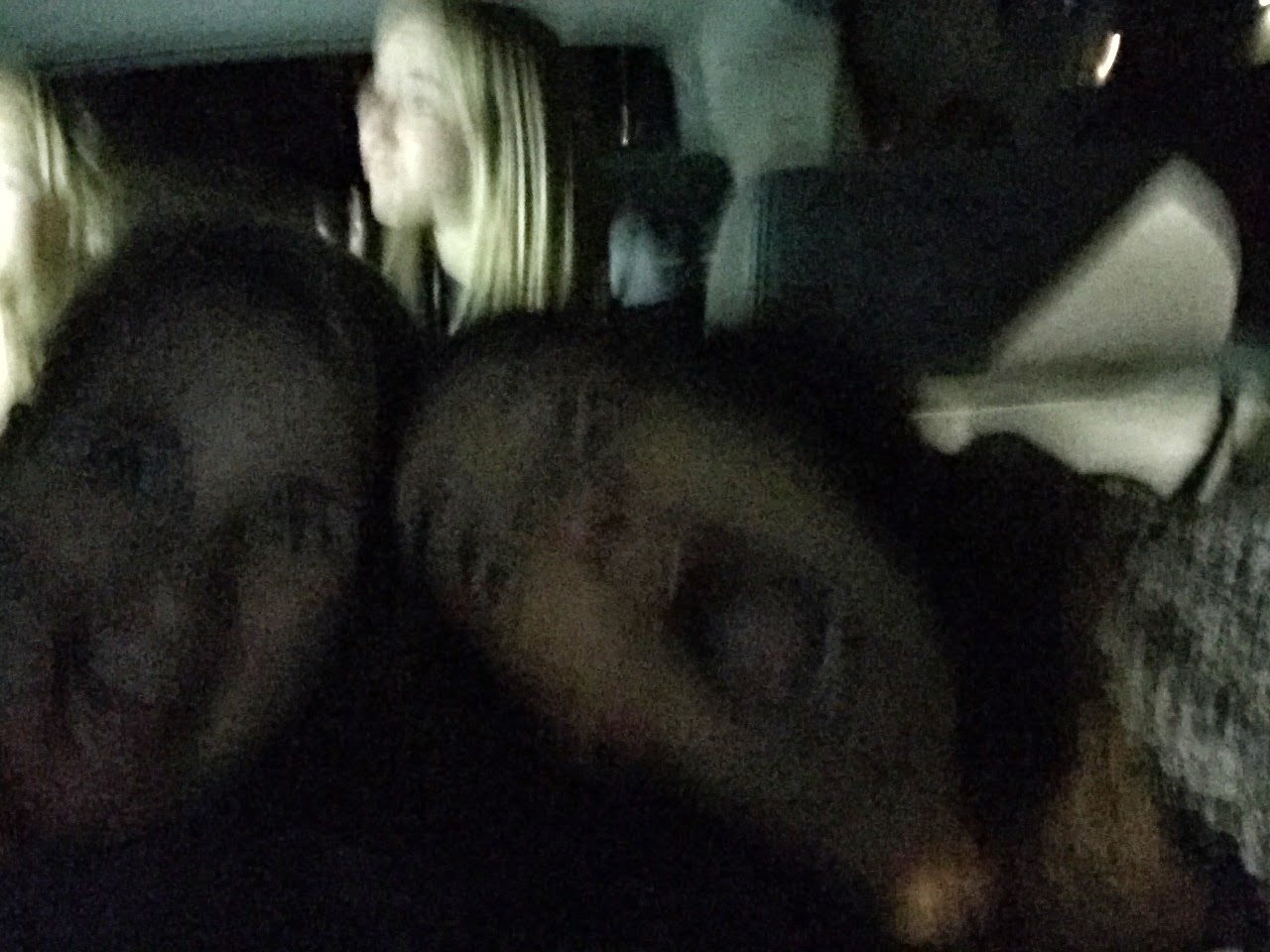 I *love* the OB parade. That might get even *me* in the Christmas spirit.

WHY do I always behave like such an infantile idiot??? why?

Beth was so shocked that M got the front seat, but I was like "she called shotgun!" And it's not like *I* wanted to be up there talking to da man.

Such a fun night, Bef. Always tried and true.

Oh c'mon, we LIKE looking inside your infantile mouth, J. lol