I disagreed, and I told him so. Not in a mean-spirited (ie, bitchy) way, it’s just that in my experience this is not the case. I use the word regularly and hear it often.

In fact, when I think about it, bitch is a word that is being used more and more all the time. It’s a word with myriad meanings, some completely contradictory.

It’s actually a very interesting word.
I think most people know that the word originated from the Old English for female dog (bicche). Perhaps one that looks like this?

But it’s most common modern use is for Merriam Webster’s definition number 2: a malicious, spiteful, or overbearing woman.

Poor Hillary gets the term bitch thrown at her all the time. What’s she to do? She’s powerful, strong, assertive. That BITCH! As Lisa Jervis, cofounder of Bitch Magazine writes and is quoted in the Wahington Post as saying, "If being an outspoken woman means being a bitch, we'll take that as a compliment, thanks."

But there are so many more meanings….

It is a term used by some (hopefully not you) to refer to women in general. For more detail you might want to check out this Bitch Breakdown (but NOT if you’re easily offended.)

The word is also used as a term (albeit a very poor one) for a girlfriend or significant other, as in “Is that your bitch?”

Or what about its use to describe weakness or cowardice in a man? Or to not do something out of fear; CHICKEN OUT. For example, “I knew he would bitch out.” This usage is in complete opposition to the overbearing female.

Bitch is also used to signify a servant, subordinate, or inferior competitor. Think prison inmate or on the court, eg, “I made him my bitch on the basketball court.”

Bitch can also be a difficulty, some task you don’t want to perform; "Moving is such a bitch."

Or wait, have you ever flipped a bitch? 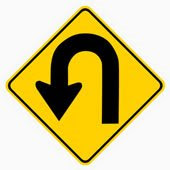 (Why the hell we say this I have no idea. Anyone?)

Sticking with the driving motif, there are those who also employ the term bitch to describe the back seat of a motorcycle or the middle seat of a car’s back seat. As in: “You've got to sit bitch.”

(Let me assure you that sitting bitch in this back seat would make me plenty bitchy.)

Bitch can even be a verb; to complain, as in to bitch and moan or to have a bitch session. (Sometimes fun, right?)

My personal favorite use of the term bitch is as an adjective: bitchy. Or what about the much less used, but more-fun-to-say bitchier (comparative) and bitchiest (superlative)?

I use the word bitchy to describe myself quite a bit. I could use the words cranky or grouchy or whiny, but these are the words I use to describe my kids when they’re irritable (or simply irritating me). I’m all grown up, I’m a woman, I’m allowed to curse. I can be bitchy. Can I be the bitchiest? Well, I don’t know. If I put my mind to it, I guess I could.

And though I agree with others who point out that there is almost always another word you can replace a curse with, sometimes the acrid bite of a curse is just what you need.

Most men use the "bitch" word to call a woman whose behaviour is provoking or defiant.Sometimes,it applies to whores,prostitutes,
harlots,etc.

I prefer to be called a Ho

I agree with you, but I just don't like the sexist connotation it has--especially since the stuff that went down with Hillary, so I am trying to use something else. I'm also weaning the words: slut, skank, tramp, and whore (or ho) out of my vocabulary.

I actually wrote two very nice pieces about my enjoyment of swearing in general:http://blog.imperfectparent.com/2008/05/01/word/

And, then about why I think some non-offensive words can be really bad when used to degrade a group of people:http://ritathebookworm.blogspot.com/2008/05/ghetto.html

"Bitch" is kind of between those two essays though, because it's a swear word and it's used only negatively towards women (like slut, skank, tramp). I don't know, my gut feeling after this Hillary thing is that I just don't like it. Not because I'm a prude, because everyone knows I'm not a prude (read that first essay if you need any sort of assurance about that), but that it has no male or unisex equivalent. Cunt and pussy have the male equivalent=prick. And the unisex equivalent=asshole. But, the other things, that put negative spins on female behaviors (or occupations--because I have yet to see the phrase, "God, he's such a gigolo!" to be used it the same manner as, "She's such a whore," is) do not, KWIM? Maybe I think too much about this stuff.

Ah, the address for my essays came out wrong. Here's the first one:

And there needs to be a html after the ghetto. Now I'll stop my invasion of your comment section with my self promotion. I just though it'd save time for me to link to things I've said quite well in the past, rather than to try to dump them out here. But...maybe not.

Funny, I hardly even think of prick as a curse word.

Anyhow, my only real point to this post is that the term bitch IS still a commonly used word. I'm not claiming it's classy, or PC, or non-PC, or anything else.

I don't personally use the term bitch too often, but I do say bitchy. A lot. I think it's an apt description for my behavior some of the time.

Especially if I'm about to get my period and have not eaten in hours and my soon-to-be-ex husband is correcting how I pronounce prosciutto as my children whine about how they don't want to eat it.

Ha! Great post and great comment! My husband gets really, um, bitchy when he's hungry and hungover. There is just no other way to describe it. So I'm going to start using it on him. What else can I do??