Not long ago I was at my daughter’s school for some sort of lame YMCA recognition dinner and awards ceremony. It was a meal that (the late) Dr. Atkins would sneer at, a “Hawaiian” meal that covered all of the important carbohydrate groups: macaroni salad, sweet bread rolls, and white rice. (retch.) But there was a silver lining -- each of the attendees received a miniature Jamba Juice. And in each small cup was one of those fabulous paper drink umbrellas. 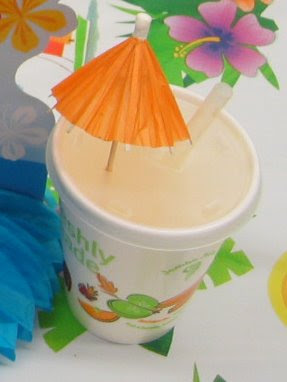 I know, I know, these are not environmentally conscientious, not in the least. Completely anti-green, in fact. But I love them. And I had forgotten that I love them. While I sat there looking at the lovely little cup it came to me why I have such an affinity for the paper umbrella.

It was the drink monkeys of my childhood.

I grew up in a very small town. And when I say very, I mean it, very. There were perhaps 500 people in my hometown. There was no gas station, no movie theater, no laundry mat, no pizza parlor. There was certainly no Sea World, world-renowned zoo, professional baseball team, or child-friendly science center; the fun that you had, you had to create yourself. I was fine with this, I knew nothing other, but it did mean that when you did something out of the ordinary, it stuck with you. It was a big deal. It was special.

What we did, probably only a handful of times, but which I remember well, was drive 25 minutes to Auburn, the nearby “big city” (current population, 28,574) to dine at The Meadows.

I don’t have perfect recall of the food at The Meadows, but oh how I remember the drinks. My brother and I were allowed to order soda, which we never got at home, and the soda came in a real glass, a real highball glass. Coca-cola in a real glass, this was special. But far more sensational was the mirthful monkey hanging from the top. Do you remember these? 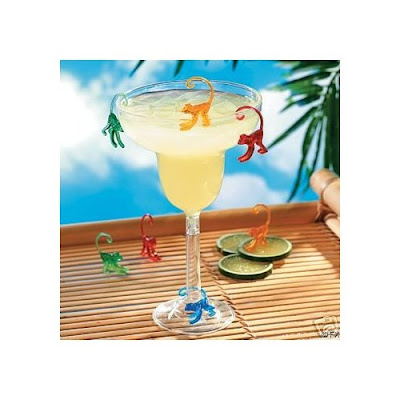 I swear that the only color available at The Meadows, perhaps in the world, in the mid-1970s was brown. But we were ecstatic with brown. We adored the little brown monkeys hanging from the rim of the glass by their tails. We lovingly brought these monkeys home with us. But of course not until after we had stripped them of the maraschino cherries that those kind, kind waitresses at The Meadows had shoved onto their front limbs.

Ever since the night of the awards ceremony I’ve been nostalgic for The Meadows’ drink monkeys. I’ve been looking forward to waxing poetic about their lack of popularity and near extinction.

But guess what? It seems that other folks are missing my monkeys too, because I spotted them this past weekend. In Target. In the 1$ bin, no less. Yes, it’s true. It appears my nostalgia for drink monkeys is not unique, just your strip-mall variety. But even though my sentimentality for drink monkeys is not singular, I’m happy to be reunited with them, even if they are now brighter and sold with lots of other crazy drink animals to satisfy the general mania of the times. 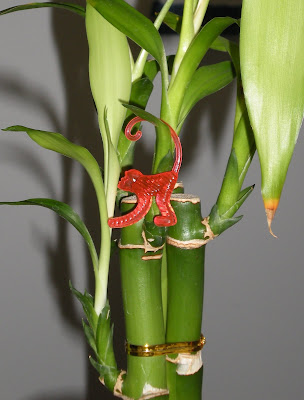 This particular primate is now hanging out (pun intended) on my desk. But soon, very soon, I’m going to take him home to hold the orange in my Hoegaarden.

I will never drink without a monkey again.

Oh. My. God. My thirst. Aahhkkk. Someone get me a hoegarden (ha!). With a monkey.

If I bring my own little monkey, can we come too? Love the photos that go along with your post.

Of course, Dana. Let's have a drink. I've got plenty of drink monkeys and other assorted drink animals...even drink mermaids. The choice is yours.