There’s always a lot to do in New London; we usually have no trouble at all figuring out what we want to do any Friday night.

Tonight, though? Tonight we are absolutely paralyzed by indecision because of the sheer number of possibilities available to us. A plethora of choices. An absolute embarrassment of rich options.

Culture? Sports? Music? Without spending a lot of money, naturally, which is noticeably scarce these days . . .
.
What to do? What to do?

Culture
Today kicks off the 10th Annual Eugene O'Neill Celebration, celebrating New London's own (well, during summers, anyway) son, and the only American playwright to win the Pulitzer (3 times) and the Nobel Prize. New London is crazy for O'Neill. And neighboring Waterford is the home of the Eugene O'Neill Theater Center, where every summer plays, musicals, cabaret and puppetry is developed in weeks-long workshops, then sent out into the world to become famous and win Tonys. It's an incredible place.
Tonight, kicking off our weekend, is a definite: a reception at the Monte Cristo Cottage, and a first look at “Ella's Room,” not previously open to the public. 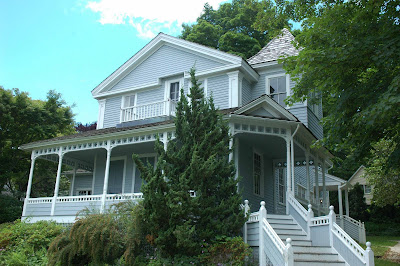 The O'Neills summered in this beautiful cottage, just a couple of blocks from our house (another weekend plus: walking distance), named Monte Cristo after Eugene's father, James O'Neill, who was a famous actor in his time, and whose most famous, defining role was Count of Monte Cristo. (He apparently could do any Shakespearean role, too, but Monte Cristo sucked him in and held him in. Mistah just read a big thick biography about O'Neill; he should be telling this tale.)
.
Ella was O'Neill's mother, after whom the role of the mother in “Long Day's Journey into Night” was written. Talk about a harrowing play. Yikes. Ella was addicted to morphine, and really really hated the foghorns on the river, which we can hear from our house. No wonder she went mad. 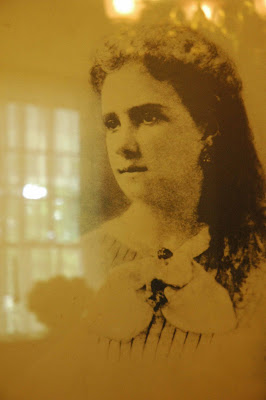 Ella haunts the cottage. Bill's was a docent at the Monte Cristo Cottage a couple of times this past year, and he corroborates this. He also took some cool photos . . . So let's get him to do a guest blog about it, shall we?

Sports
Tonight the 4-0 New London High School Whalers cross the Gold Star Bridge to meet their cross-river rival, the 4-0 Fitch High School Falcons. Here's what The Day has to say about The Match-Up:

There is no bulletin-board material forthcoming - not yet, anyway - for the most anticipated game in the Eastern Connecticut Conference this season.

Fitch and New London, both unbeaten, play the early-season Game Of The Year, although more Games Of The Year are sure to come when the circumstances get bigger.

“All I'm saying is that Fitch is a good team,” New London senior Nick Singleton said. “We're not sleeping on them. And they're not going to sleep on us.”

The Whalers are 4-0, surviving three close calls. They were tied with Bacon Academy in the fourth quarter. They edged Ledyard, 12-6. And they needed a late score to beat East Lyme on Friday.

Fitch, meanwhile, has played very well its last two weeks, throttling Windham and NFA. The winner of this game becomes the favorite to win the ECC Large Division.

“They're really aggressive and fast. The quarterback (Josh Clements) does a nice job,” Fitch coach Mike Emery said of the Whalers. “They have a complete team, really. They're outstanding. (Running back Kyle McKinnon) is a very tough runner. He has good instincts, good speed. He's a tough kid. He's a solid running back. He's got the whole package.”

Exciting, yes? And they're not going to sleep on eachother. So that's, um, good?

Anyway. This is our second fall living in our house, and we have yet to go to a high school football game. Plus, our next-door-neighbor is the musical director for the Fitch Marching Band, and word is they do a “Tommy” number at halftime. This is, clearly, the game to be at.

Maybe get there in time to see the halftime show, and get into the second half – for free? 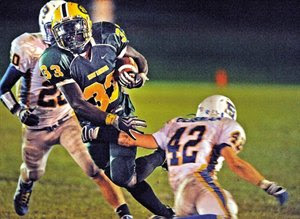 Actually, this event sounded much more enticing before October up and left, and December moved in in its place. It's raining and cold out there. Maybe we can listen on the radio . . .

And in other sports possibilities, even though I could not imagine a more loathsome foursome than the Angels, the Yankees, the Dodgers and the Phillies, the League Championship Series are upon us. Phillies beat the Dodgers last night; game 1 of the ALCS is tonight at 8. Watching the game is free, although accompanying drinks are not. I just wish I had a team to root for . . .

Music
Every Friday night the Bank Street Café presents Blue Collar Happy Hour, which we, naturally, call Blue Collar Pride. Free music from 6:30-8:30, and there’s always a great local band playing. Tonight it’s the Hoolios, whom we love. What’s not to love? Jimmy Carpenter is up there on the stage.

Preston Frantz, Hellbent & Heartbreakin’ are playing out in Westerly at the newly-refurbished Knickerbocker Café, a gorgeously redone old-style ballroom.

Mind, Body & Soul and Wicked Peach are playing at Stash’s. Which I mention because Stash’s has that killer free food happy hour on Friday nights. That pizza and those turkey grinders have gotten us through many a Friday night.

And finally, at the Wolf Den in the Mohegan Sun casino? War. The casino is a godforsaken place, and I always feel like I need to take a shower when I get out of there, but the Wolf Den is really a fabulous place to see a show – I’ve seen some great ones over the years, including New London’s own Reducers last week.

And I love War. How can you not love War? Summer is one of my favorite tunes of all time.

And it reminds me of this: 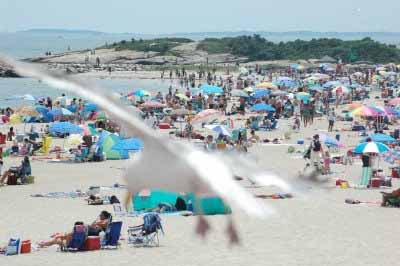 But enough daydreaming about summer, and back to the task at hand.

Boyoboy do we have different lifestyles! My choices tonite are what's on tv?? love mom

Nice options, what did you decide? I will be shocked if it's high school football, although the marching band sounds mildly entertaining - I'll admit that I skimmed your quote from the paper though, maybe it is riveting???

Looking forward to hearing your report, along with the rest of your fun-filled weekend!

1. The Dutch - Philllies/Dodgers game (well, 7 innings worth of Pedro's gem)

4. The Dutch - the loathsome Yankees game, and many many peeps.

I'm also curious about what you decided on....Bank Street Cafe? That's my guess.

I did not know that about the Eugene O'Neill - New London connection. I did my highschool senior paper on "Long Day's Journey into Night." Harrowing, indeed.

Oops, I did not see your comment above, but I was right, in part, you did make it to the Bank Street Cafe.

I was going to ask what you did but you already answered. Full day.