A pony for Jacquie

I spent a good portion of Saturday at a colt sale at Babbitt Ranches Spider Web Camp in northern Arizona. 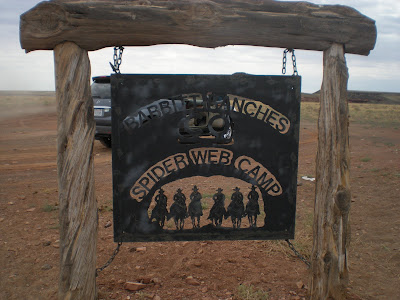 It was not my typical weekend adventure.
I mean, really, when's the last time you were at a colt sale? For me that's never; I didn't know what to expect.
I thought there'd be a lot of cowboy-type folks there, and I was right. And a lot of pickup trucks. Right again. And, well, a lot of horses. Yes, indeed, right yet again.
There were older cowboys 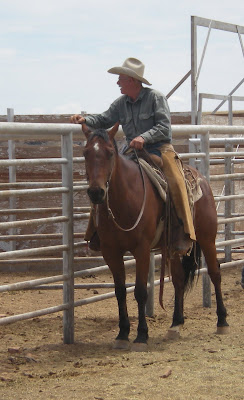 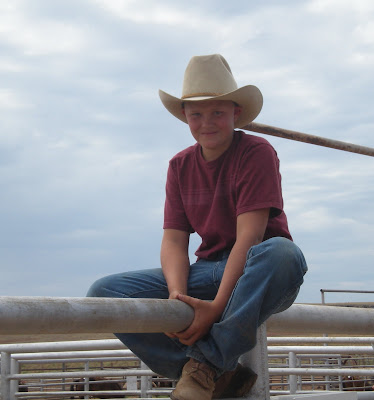 And we can't forget the cowboy auctioneer, who I found to be endlessly entertaining. 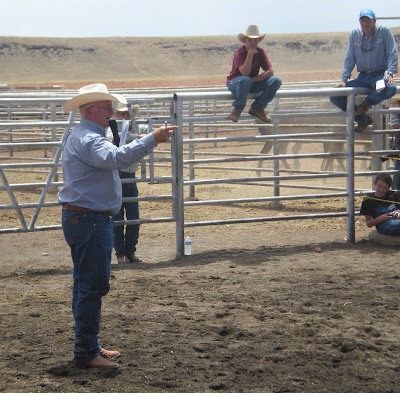 He travels around selling horses from Maryland, to Kentucky, to Oklahoma, to Wyoming, to Arizona, and on. And he sure did know his stuff.
.
But the main attraction, of course, was the horses. The itty bitty baby horses to be precise. These colts and fillys are so young that the folks at Babbitt Ranches don't let the buyers take the ponies home with them on the day of the sale. Instead they stay at the ranch until next March, when they're deemed to be old enough to leave their mamas. Ach.
.
Before the sale itself you can wander around and check out the colts for sale. It's all quite organized. Various corrals have the sire tied up and his various dams and babies cruising around. (I kind of like that set up.) Every colt and filly for sale is numbered, so you can know which beauty to bid on later.
.
So let's take a look at some of these ponies. I told Jacquie I'd pick her out a good one. 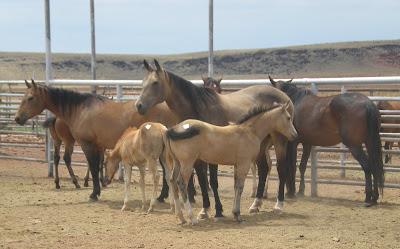 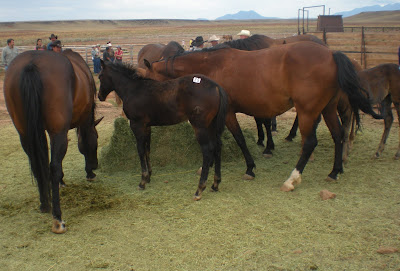 This is number 25, a bay colt, son of papa Ima Bed of Cash and mama Speed Dodger Wood. 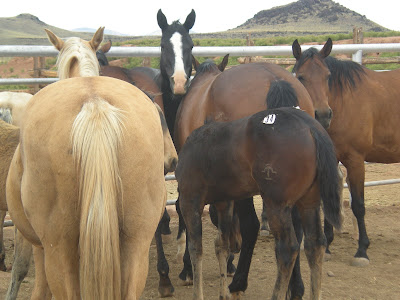 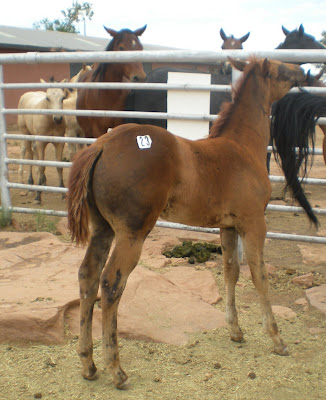 This cutie, number 23, is a sorrel filly, daughter of Ima Bed of Cash and Victoria Wood.

Once the auction starts, the ponies for sale are brought into the main corral with their mamas. It's amazing how close they stick to her. The do not move more than a foot away from her, ever. 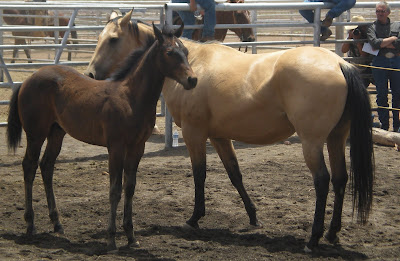 This gal is feeling brave, she's about as far away as they go. And I actually thought she might be the pony for Jacquie. But wait... 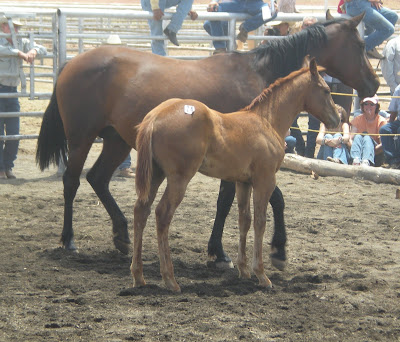 look at this guy! Yes, this is him. I settled on number 24, a sorrel colt, son of Ima Bed of Cash and Willey Runs Sister. This was the one for Jacquie.
.
But, oh no! This guy was the winning bidder. That there card lists Jacquie's his horse and its price, and will be used at the end of the day to settle up and make arrangements for future pickup. 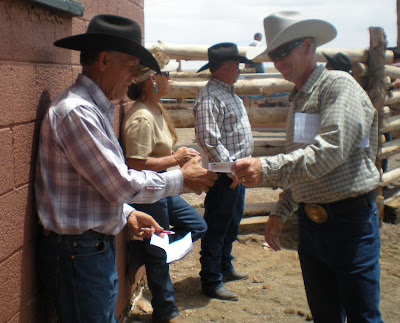 Well, shit, Jacquie. I'm just going to have to go back next year and try again.

That bastard! Don't worry, Beth. I'm sure whichever pony you picked out for me is just right. I'll be sure to have the corral all ready in my back yard by March. I just love surprises!

What an interesting family vacation! It looks hot and dusty and perhaps smelly, but otherwise perfectly lovely!

But what better fun for 3 young fillies? (and one middle aged one).
Glad the vacation was so much fun.
Love, Nonnie

Oh that stinker got Jacquie's pony. Did you at least get his address Beth? So we can sneak in and steal the pice of paper and go pick up that ol' pony in March and give him to his rightful owner? You did? Oh good.

wow, I've never been to a pony sale. That looked like one dry western town you were in.
Reminded me of why I love the wild, wild west :)
Can't imagine that ponies don't need lots of food and space...not that you don't have both, along with 3 cute girls. I think that guy looks like he might have a little more time on his hands to hang with the pony.
maybe not...