What's in a name

If you know me well you probably know that my given middle name was Helmer. I name I hated having growing up. I always thought that it sounded like a cow name- - Bessy and Helmer out there in the field --  can't you picture it? This was probably because it rhymed with Elmer. You know, Elmer, the glue cow. 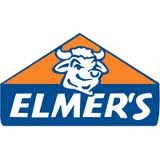 For whatever reason, the kids at Stoneleigh Elementary (Hi Central PA!) would tease me about Helman's Mayonnaise. I still don't really get the connection, but it was irritating nonetheless.

I sometimes wondered if my mother secretly disliked me, giving me such a middle name. True, at least it wasn't my first name, but Helmer?

Now, anyone who knows my husband knows that he has a hard time calling anyone by their given name. He almost always devises a nickname for people. Case in point, he calls my oldest daughter Keeks (not her name), my middle daughter Lini (not her name), and me, you guessed it, some various derivative of Helmer.

Helmer is not even part of my name anymore. I gave it up, taking my maiden name as my middle name when I was first married years ago, but Helmer, Helms, Helmi, etc. persist. My husband, to be fair, did know me back when Helmer was still my middle name. Once he discovered that my middle name was Helmer back in college, well, that was it. He rarely, if ever, called my Beth again.

But to get back to my mom, she did have a reason for her wickedness. Helmer was a family name. It was her mother's maiden name, and was an important name in her mother's clan; so important that they played with the name to come up with new (improved) names. The family had a summer home on a lake that they named Remleh (pronounced rem-leigh), which is Helmer backwards. Pretty right? So pretty that one of my mom's cousins ended up naming her child Remleh (never mind that he was a boy. Not to point out the obvious, but perhaps he should have been named Helmer and me Remleh?)

But moving on, Helmer was a good, strong German family name in my mom's mom's family. And my mother grew up hearing about Helmers her whole life, especially one Helmer in particular, Adam Helmer. Turns out, he was a Revolutionary War hero. There is a chapter written about him in Drums Along the Mohawk, a novel authored by American author, Walter D Edmonds, in 1936, which follows the lives of fictional Gil and Lana Martin, settlers in the Mohawk Valley of New York during the American Revolution, but which includes historical persons and events. One of these historical persons is you-know-who, Adam Helmer. The chapter depicts "Adam Helmer's Run" of September 16, 1778 to warn the people of German Flatts, New York of the approach of Joseph Brant and his company of Indians and Tories. In 1936, a film based on the book was produced starring Henry Fonda and Claudette Colbert, although having not seen it, I don't know if it covers that section of the book.

I have an old hardback copy of Drums Along the Mohawk sitting on my book shelf, although I've yet to read it. However, I'm feeling more motivated to do so after and my mom and my's trip to hunt down Mr. Helmer's grave last month. See, it turns out that he is buried less than an hour away from my mom's summer home.

Just think of it, this mythical family hero dead and buried in her proverbial 'own back yard.' We decided we must go on my summer visit.

Mom had printed out directions to his and his wife, Anna's, grave site. We followed the directions closely and then, well, nothing. We were almost certain we were in the right place, but where were the grave stones? Where was the New York State historical placard? My mom had seen it on the Internet. 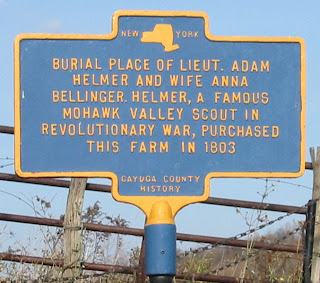 I consulted my smart phone while mom continued to drive. Turns out they moved ol' Adam and Anna to the nearby Weedsport cemetery. (Actually they did not move Adam and Anna, just their headstones.)

So we reconnoitered, and found and entered the Weedsport Cemetery.

It was big! Um, this could be a bit harder than we thought. Were the headstones big or small? Grand or understated? On this side or that?

We figured they would be in the older part of the cemetery, so we headed over there. Additionaly there was a clue on the website I had consulted. The headstones were moved to the Robillard plot. But where oh where were the Robillards? 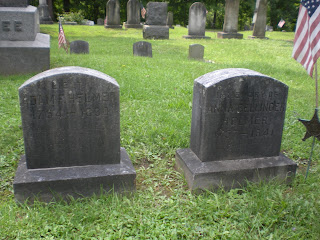 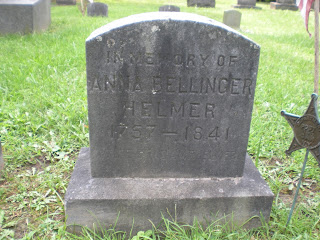 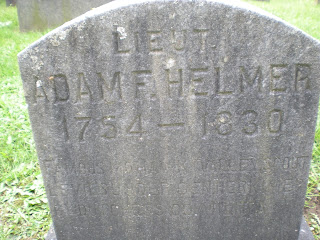 Now let's take a look at much better photos I snagged from the Internet, taken a few years prior to mine (above) by the looks of them: 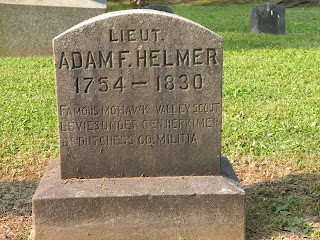 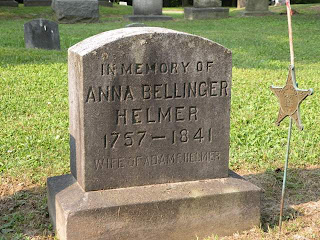 It was a fun day, Beth, thanks. All my cousins will get kick out of this.
Love, Mom

Very impressive , Beth...now it looks like we were honoring Adam when we dragged your middle name into our taunts.
Stoneleigh grads are big into history :)
Not sure we can justify the "Darth Vader Wesson-oil" as easily!

Aw, how awesome, Beth! I mean, Elizabeth Helmer. Wear that name strong and proud and true: it's a good one, and you do it wonderful service.