Once upon a time, in a land known as OB, a young couple in love embarked on an adventure to find a new home in which to live in sin cohabitate. They looked and they looked and they looked and they loooooked, growing increasingly desperate and discouraged. And then one day, as they drove down a lane called Larkspur, they heard the unmistakable sound of a friend beckoning: "What the hell are you two doing here?" Alas! It was our friends Scott and Cori, and they were sitting in the front yard of this, their house: 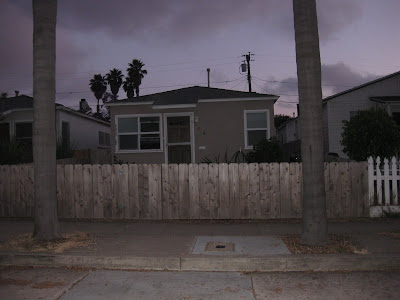 We joined them for a beverage, and after explaining our predicament, were overjoyed to learn that these very fine folks were soon planning to vacate this there house and relocate their own love connection... to this, the back house:


And alas! The front house where we then perched would soon be vacant. Scott picked the phone right up and called their landlord, then put us on the phone and lo. We made ourselves a deal. I'm not sure exactly how long we lived in those tiny houses, but man oh man did we ever have ourselves a big time. The party ended when Scott and Cori had to go getting all grown up and married on us, and they soon moved away to the land of Temecula, where visiting entailed directions like "turn left at the feed store." They tell me that they've lived there for 19 years now, so either they are drunk/wrong/stupid or I am old. You choose (carefully).

Until Memorial Day weekend, when we made our triumphant return! We still had to turn left at the feed store, but there was a whole kingdom built up around it, where our dear friends have found themselves a lovely little slice of the inland empire to call home.


Scott and Cori are handy people. The are the quintessential do-it-yourselfers. See this part of their house? The tall bit with the ladder thing? They did that. 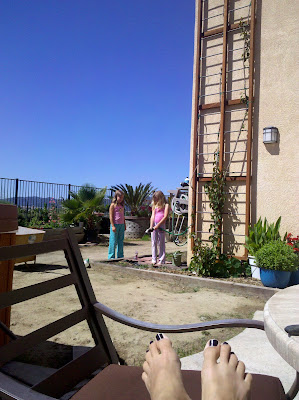 And see the plants on that ladder thing? Those are hops. They use the hops they grow to brew beer. Really yummy bear that makes you drunk and gassy. What more could one want?

And that nuclear reactor looking chimney thing is a pizza oven, and yeah. They made it. And they use it to cook the pizzas they make with the dough that they make. But wait, I promised more on that later.


Fortunately for us, they also make babies, and they were considerate enough to make two of the same flavor that we were making at the very same time.

Then we went to bed, and in the morning, we had a little something to eat. And drink.


And then we geared up for a ride! 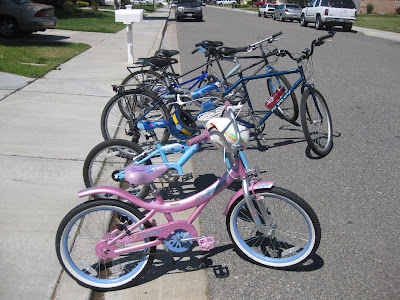 Can you see what's down there on the far end?

We set out to explore the local frontier 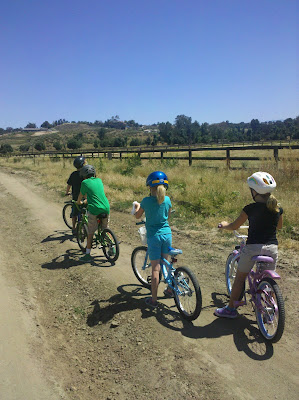 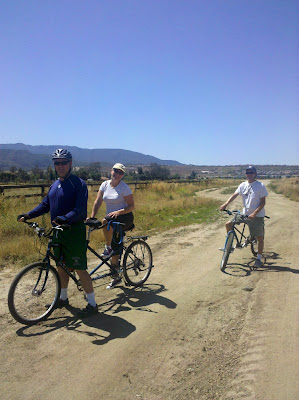 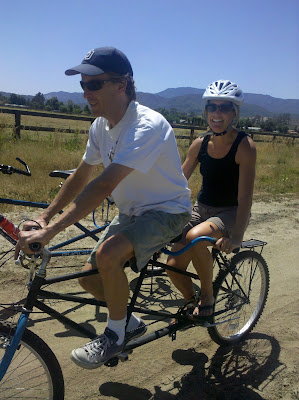 Raise your hand if you think I belted out "Daisy, Daisy" at the top of my lungs. Ad nauseum.

We took a little sojourn to visit with some neighborhood horses. Cori had had the foresight to throw a few apples into her rucksack. 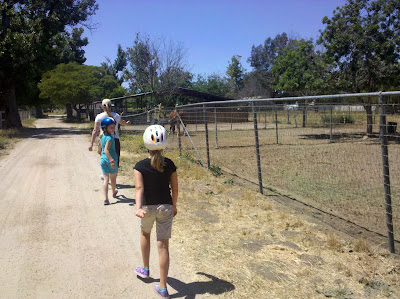 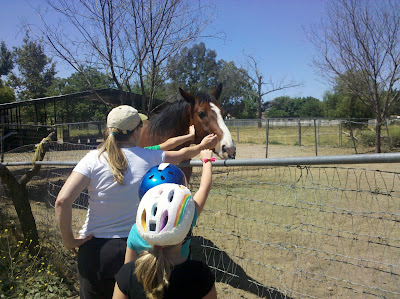 Some of us were smitten 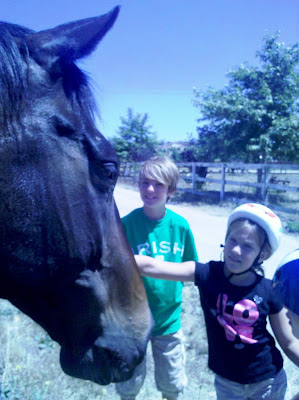 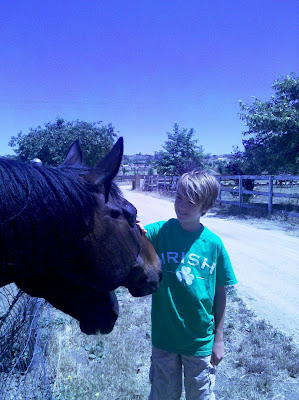 What a fun Memorial Day adventure! I can't believe your kids' growth spurts since Christmas. They're practically adults xoxo

Holy crap! That's their boy?! How did that happen? In that graduation(?) photo he appears to be the exact perfect DNA combo of Cori and Scott. Adorable. Genes are weird, I tell you. Spooky. (I'd comment on their cute gril too, but, um, well I can't see her.)

What a time you all had! So glad you re-connected. When you have them down to your pad, I'm crashing. So don't act surprised.

Oh how fun and exciting! I remember those guys so well. And brewing beer and making pizza is such a great combo of thing to do -- Mistah and I used to do that, too, in *our* pioneer days. Basically, it's the same thing, in liquid and solid forms. And the smell? Heavenly.

Can't wait for Chapter Two. What a lovely lovefest!

THAT looked like a boatload of fun.
And the way you recounted the adventure? Sublime.