This is Ned Lamont: 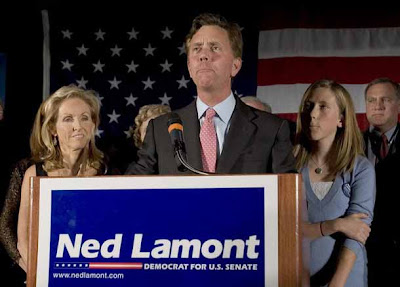 And this is Mistah, on Ned Lamont:

Our man Ned came to the rescue in Connecticut's most recent U.S. Senate election, coming out of nowhere to challenge and then defeat the conservative incumbent, U.S. Sen. Joseph Lieberman, for the Democratic Party's nomination. Ned defeated Lieberman for the party nomination because he rejected Lieberman's warmongering positions and Lieberman's propensity to vote in lockstep with George W. Bush (that's no way for a Democrat to act!). Unfortunately, after the Democrats picked Ned, Lieberman decided to run as an independent and his popularity with the masses helped Lieberman win a relatively narrow victory over Ned and keep his seat in Washington. Now all we have are the memories, and the lucky hand of fate, which, this weekend, gave us . . . 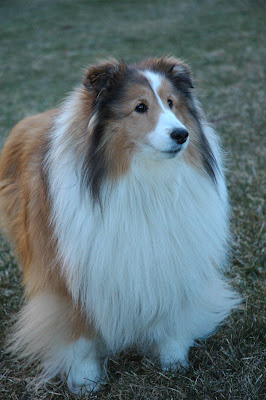 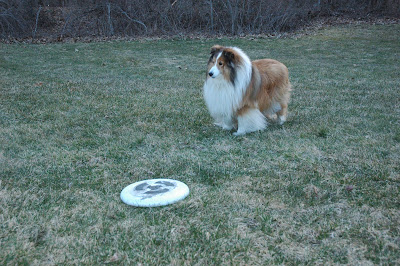 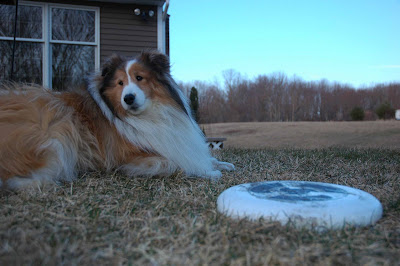 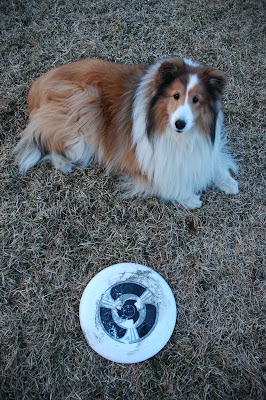 Lamont does not know what do with a frisbee. Or, as our friends' boy William calls it, a crispee. 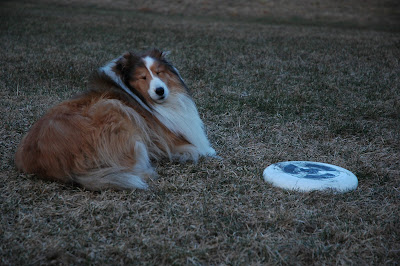 Lamont has never seen a crispee before. If you throw the crispee to Lamont, he she Lamont will run halfway toward it, lie down, and blink, "Who? Me??"
.
Now, Callie Mitchell on the other hand, Callie is a normal, self-respecting, regular, dog-like Chocolate Lab dog. You know the type: sweet, loyal, dumb-as-a-post. But Callie knows her way around a crispee. 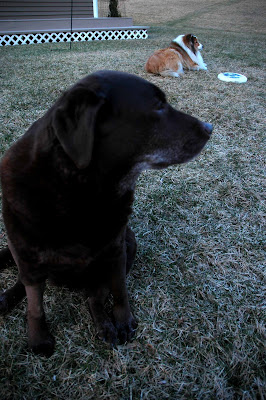 Unfortunately, Callie has no other dog to play crispee with. 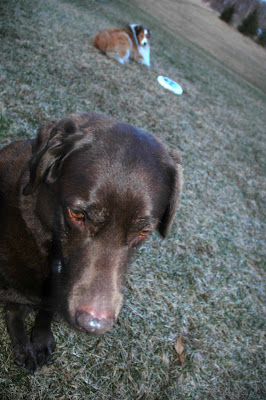 Lamont pretends he she um, Lamont does not see Callie, and, well, that makes poor ol' Callie feel tragic.
. 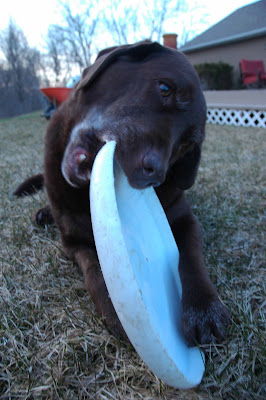 But Callie, at least, knows what to do with a crispee frisbee . . . 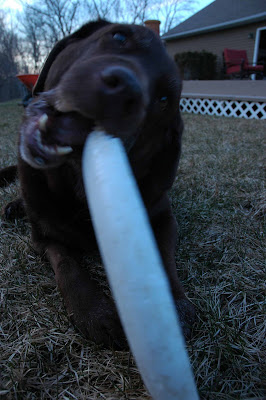 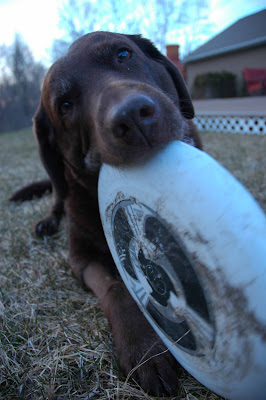 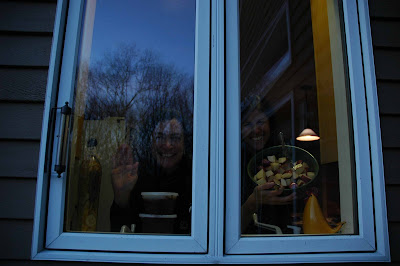 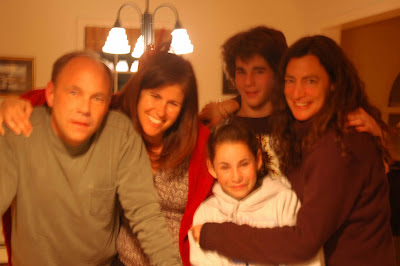 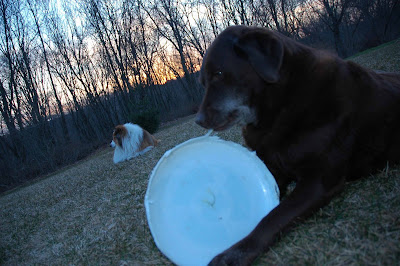 . . . while back outside, the face-off steadily continues, while the sun sets on another beautiful day of inactivity. . 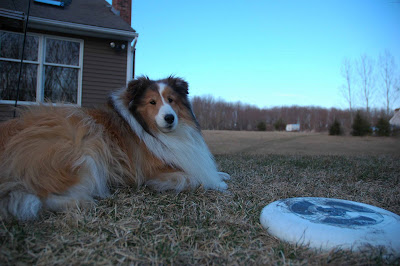 Wow. Didn't take Callie long to do some damage to that crispie.

Did you really take the mans dog??? Just kidding. It always cracks me up when the dog loses their sense of dogness and feels better than the doggy playing dogs.

I know! And that doggie surely did. Lose its dogginess.

We did not kidnap Lamont. Lamont was there with his, her, er, its stand-in family slash dogsitters.

Callie should come play Crispee with Shorty. We have to buy frisbees for him by the half-dozens, he chews them so much.

I want a dog. But we don't have enough yard for a big dog and Crispees. We'll have to get a smaller, unfluffier version and just toss the lids to coffee cans.

Oh Ellie, you and your doggy posts! What cracks me up about this is your implication that gender is apparent in most dogs, and poor Lamont is unusual in his ambiguity. Take Callie – clearly feminine? Most people assume that my dog is male because the beast is huge and black and ferocious. But Moki is all woman. Well, almost all. We did yank out her reproductive organs…

Lamont probably would have appreciated a newspaper and an easy chair.

I think Lamont would actually appreciate a cat. She looks like the perfect dog to me, a dog that acts like a cat -- clean, well groomed, no drool, and could care less that you throw the damn crispee to her. She just wants to bask in the sun.

I could always bring The Boys over to play with Callie. They're all about dog!

Well, Mistah actually *is* the writer in the family. And, um, the photographer.

That is not a dog. That is a Sheltie. Shelties are different from you and me.

I'm just not ready for a "dog that acts like a dog." Dig?