Saturday was the 5th Annual TBBCF Walk Across Southeastern Connecticut. 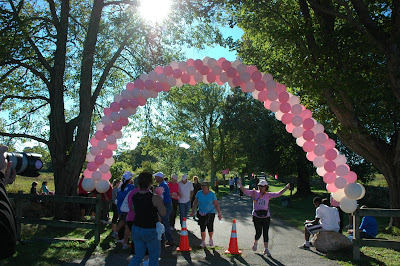 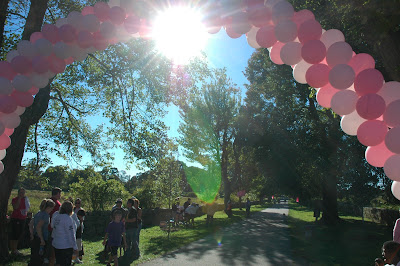 It was an amazing day. As our illustrious co-chair Ellen wrote this morning,

Not sure how to express how today went at the Terri Brodeur Breast Cancer Walk...emotional, exhausting, exhilarating, incredible. Can't believe it's over. The day was absolutely perfect, the walkers were awesome, the volunteers were incredible. Everyone must be exhausted, but one day closer to finding a cure and giving 100% of all monies raised today to breast cancer research. 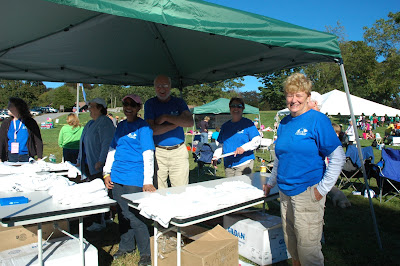 It is hard to capture the day in words -- or in photos, for that matter, and I only have a few. (Mistah Schleckah was there for a while in the afternoon, but he was off chasing butterflies in the fields) From the Opening Ceremony at 6:30 in Old Saybrook when two of Terri Brodeur's kids spoke eloquently and emotionally about their Mom, to lunch donated by Outback Steak House at Rocky Neck State Park . . . 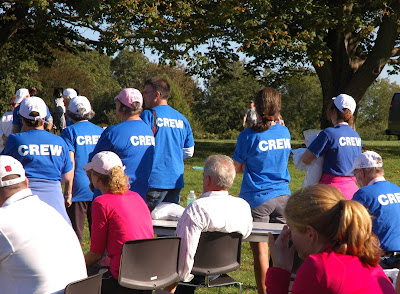 . . . to the Closing Ceremony at Camp Harkness in Waterford CT, where there was more donated food -- chowder, veggie soup, bread, apples, cider, ice cream, and more chowder. Chowder donated from local fish markets and restaurants, delicious chowder -- creamy and clear broth -- in huge pots simmering away all day. It was like Chowder Heaven back there. 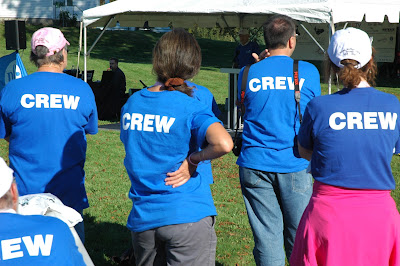 At the Closing, the Foundation's accountant made the point that now, five years, the TBBCF has given $1.2 million directly to breast cancer researchers. She said "Think about that for a minute. You people -- you walkers and you volunteers -- have given a million dollars to Sloan Kettering and Dana-Farber. That's incredible." 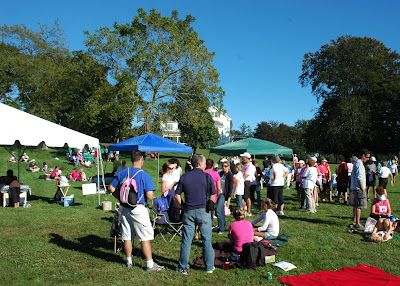 I ended up driving most of the route in the Westy, getting from Point A to Point B to Point C, and it was such fun to see groups of walkers doing their thing, volunteers manning the pit stops (a tent and table, port-a-potties, snacks, drinks and medical people -- it really is an incredibly well-planned and -executed event), and people who live along the route cheering the walkers on. A couple of people sat in front of one house with a sign that read, "The two most important things in life: water and chocolate . . ." and handed out both to walkers. 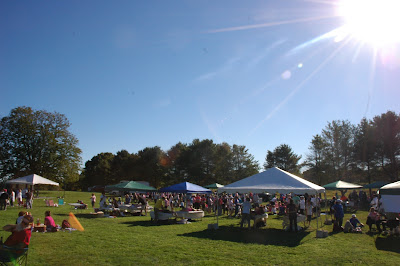 Massage Therapists volunteered, too, and any walker who wanted one could have a massage at Camp Harkness. 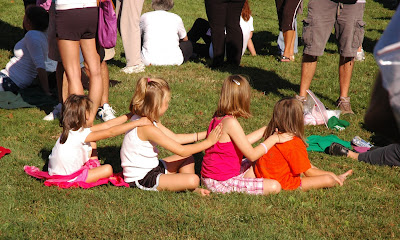 Everybody got into the act. 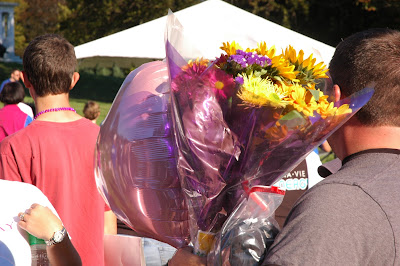 It's humbling to work with such amazing people who donate so much time and effort and energy every year. It's a great event and a great Foundation and a great day. And in a few months, several more researchers are going to get huge checks from the Foundation, and are going to take further steps to kick breast cancer's ass.
I just wish I had a photo of those gigantic soup pots.
at 4:30 AM

Good show, Ellie. And how nice to have such a beauty of a day!

Good on ya, Ellie girl! Looks like a gorgeous, soul-nourishing day. Take that, cancer!

That looks like a great event, Ellie. Wish I could have been there. And I love chowder. Good job by all...