There are so many important events to highlight this weekend! I hardly know how to choose.
.
Exhibit A:

These two hot tamales. FIFTY years ago today - that's F.I.F.T.Y. - they vowed to have and to hold. And you know what? I think they really meant it! 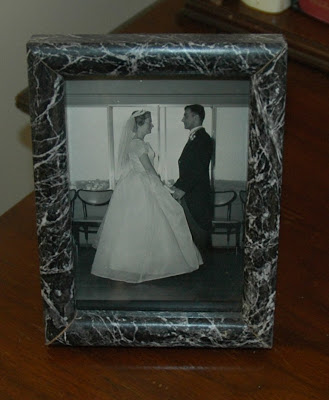 The Day of the Father falls this Sunday, and it's a wonderful opportunity to acknowledge and celebrate the Daddies in our lives. I’m so thankful and pleased that the Daddy in my house chooses to spend his special day at the beach, preferably with a drink in his hands. We were made for each other! 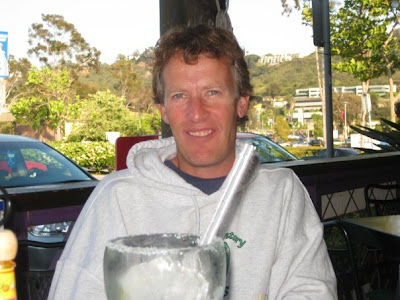 For this weekend’s 3-way, let’s talk about my eight year old girl! Tell a story about her, show a video of her, send her birthday wishes, whatever. It’s just all about the girl.

Beth:
Wow, your girl sure does kick butt! Happy Birthday to her, and Happy Anniversary to your lovely parents, and Happy Day of the Father to all those good fathers out there; especially those who know how to celebrate ocean side with a drink in their hands.

My recent best memory of your girl is when she was being chased down by that giant, seemingly rabid seagull in OB, but would not think of putting down the bag of cheetos (was it cheetos?) she was clutching on to. Her face was hilarious--a crazy mix of laughter and terror. Although, if she slowed down and got into position, I bet she could have kicked that flying rat's ass.

We really miss the girl soup we used to make after trips to the beach. There is not much cuter than three sandy, sun-drenched girls in the bathtub after a long day at the beach.....

Oh, I have so very many Ms. Boogsie stories, Bill and I having spent so many hours in Jacquie and Bill's pull-out couch with that very birthday girl. When she was a tiny tot, and would wake up in the ungodly early morning hours, Jacquie would pitch her right into bed with Bill and me, so Jacquie could grab an hour of sleep before going to work. Mistah would hide under the covers, to try to finish sleeping, but Boogsie, in all her 1- and then 2- and then 3-year old glory would bat at him under the covers. "Dude? She knows you're under there." We played and sang and bonded and fell deeply, deeply in love.

One of my very favorite stories, though, is one day we were trying to leave San Diego, after a month or so there (including a Porgie-sitting stint, God Rest Her Soul, while Jacquie and fam were on vacation). The Westy was getting a brand-new-brakes job, and it was like 3 on a Friday afternoon and we still didn't have her back. We were ready -- all our stuff was piled up, ready to be packed into the Westy, so we could head north, but we had no Westy.

Ms. Boogsie and I were out in the driveway together and we did the one thing one can do whilst waiting: we made music together. I sang every ditty I know, accompanied by the girl on the kazoo. She was so into it. She thought the kazoo was a real instrument, and was just kind of shocked at her prowass. At one point she said, between numbers, "I'm really good at this. Some people have to practice. I'm just really good." 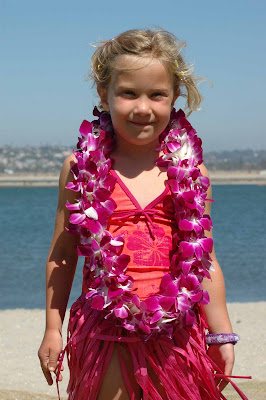 Nothing warms my heart more than seeing a girl kicking butt!!!

Happy Anniversary parents, Happy Father's Day, and Happy Birthday! What a swell weekend coming up for you all!

Wow. 50 years! That is so wonderful. Happy anniversary to them.

I just went to a 50th wedding anniversary party this weekend. I can't even fathom that amount of time.